"Dirty gem"
Lithuanian auteur delivers another masterpiece driven by deafening silence, while also making a meaningful meditation on the moral dilemma of war - watch it now on ArteKino

A Lithuanian man meets two Ukrainian men. But this is no ordinary meeting – the Lithuanian man has just narrowly avoided being shot at after almost driving through a military checkpoint in the Donetsk province (in Donbass, the predominantly ethnic Russian region of the Ukraine, central to the Ukrainian Crisis of 2013/14). Auteur Šarūnas Bartas’s tenth feature film Frost takes us on an 1,800 km road trip from Lithuania to eastern Ukraine. Along the way, it provides a gorgeously-landscaped meditation on the cold complexities of war and national identity.

The film opens with a brief street conversation between Rokas (Mantas Jančiauskas) and an unnamed friend. The friend has been voluntarily delivering humanitarian aid to Ukrainian soldiers in the Donbass conflict, but is unable to deliver the next batch. He asks Rokas to drive to Kiev and drop off the cargo with some other volunteers. Without much consideration, Rokas agrees and takes his girlfriend Inga (Lyja Maknaviciute) with him. They drive to the Polish-Ukrainian border, where a journalist Andrei (Andrzej Chyra) helps them to enter the Ukraine. After discovering that the Kiev volunteers have moved on, Rokas decides to take the long – and perilous – journey to Donetsk. Along the way, he stays with Andrei and assorted journalists in Dnipro, meets some sombre soldiers in the Donbass borderlands and finally arrives on the fractured frontline. 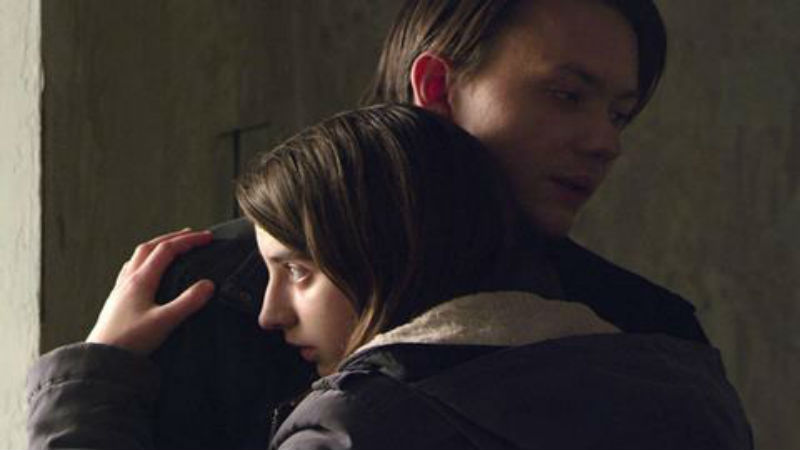 These three meetings are essential to Rokas’s intellectual development and the film’s broader commentary around war. The first meeting in Dnipro displays the worst excesses of international conflict journalism. In typical Bartas style, Rokas stays largely silent when Andrei introduces him to the group of war correspondents and photographers. However, his sullen suspiciousness indicates that he is ill at ease sipping wine and whiskey in an upmarket hotel, when there is a humanitarian mission to fulfill.

The second meeting in a makeshift Donbass military outpost is deeply moving and switches the mood into hyperreal docudrama. The scene involves an inquisitive Rokas talking to two weary Ukrainian men about the nature of war. The two men are soldiers, inasmuch as they wear uniforms, and are tasked with removing dead bodies – friendly and enemy – from the battlefield. The dialogue is expertly played in a way that throws up the utter moral dilemma of war, without being a preachy lesson in ethics. Indeed, the two men are not actors, but actual soldiers and this contributes to the striking authenticity of the conversation.

By the time Rokas is on his way to the final meeting, his inquisitiveness is starting to get the better of him. Rokas is now using his phone to film and take photos of the destruction of Donetsk province. It is initially unclear whether Rokas is transitioning from a naïve volunteer to a roving war reporter. However, his subsequent interactions with soldiers on the frontline suggest a morbidly voyeuristic fascination with the conflict. Ultimately, Rokas comes full-circle and is as much an out-of-touch tourist as the journalists he previously despised.

The film acts primarily as an exploration of war from the bubble of an EU perspective. This is both eye-opening and positively human, as each character displays an entirely familiar range of virtues and vices. It also broadcasts Ukraine and the Donbass crisis to an EU audience that have now largely forgotten about the fortunes of their largest European neighbours. Although Frost doesn’t detail the experiences of the Donbass separatists, it leaves you with no doubt that the everyday allegiances of this war are arbitrary and ambiguous. Where documentaries such as Netflix’s Winter on Fire (Evgeny Afineevsky, 2015) are incredibly informative, yet brazenly biased, Frost gives space for the viewer to independently appraise their position. 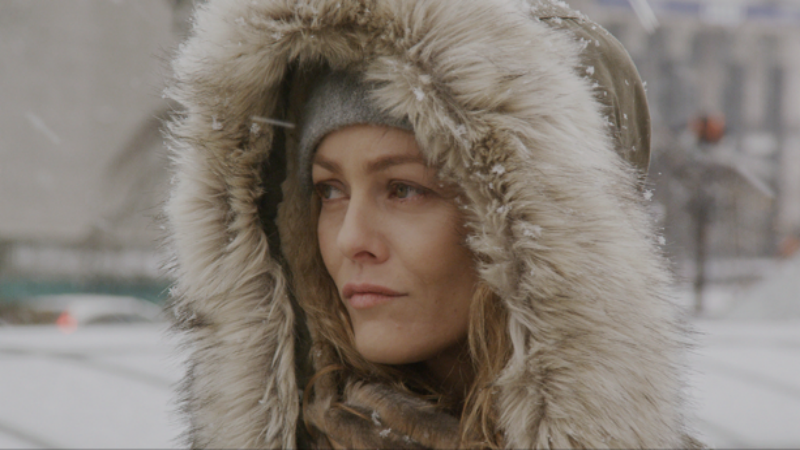 In spite of this, the film can feel somewhat ponderous when Rokas and Inga are on the road. This is largely a result of Inga’s diminished role and Rokas’s unclear motivations. It’s possible that Rokas exists as a young, multilingual and rudderless conduit for Lithuanian national identity. It’s also possible that Rokas exists as a blank slate for the viewer to project their own interpretations onto. Nevertheless, the feeling pervades that developed dialogue between Rokas and Inga could have given a sharper narrative touch. Bartas is known for stripping his early films of dialogue and narrative. But in a film where other characters’ talk clearly drives the story forward, the silence between the central couple is decisively deafening.

Frost is a unique piece of cinema in 2017. It focuses attention back onto a divided region that has become absent from the popular European imagination. Likewise, it provokes meaningful reflection on the moral dilemma of war, without being overtly instructive. Its slight tendency for tedious travel is punctuated by powerful prose in the three key interludes. It ends on a low-key whimper, but one that will explode through your thoughts long after the end credits.

Frost is showing as part of the ArteKino Festival, an entirely free online film fest taking place between December 1st and 17th. You too can view it at home by clicking here.

Sarunas Bartas is one of DMovies‘ favourite filmmakers. His early 1997 film The House, which is entirely devoid of narrative and dialogue, is a constant source of inspirations for our dirty work.