"Greasy movie"
French thriller plays with the colour palette in order to convey a sense of broken masculinity, partly shunning gravity-defying cars in favour of more psychological depth - watch it now on VoD

Cinema certainly has an association with a literal ‘need for speed’ and none more so than in Frédéric Schoendoerffer Fast Convoy. Offering a high-octane merge of zooming cars and an atypical hitman, its speed does not necessarily result in a riveting nature. Stylised to an inch of its life, through the six different men involved in trafficking cocaine and other drugs from Malaga into France. All accompanied by blacked out German cars and fine leather jackets, it’s a routine piece of European thriller that feels somewhat of a mixture between the Locke’s dialogue-based scenes in a fast moving vehicle and Luc Besson’s stories in the Transporter series. 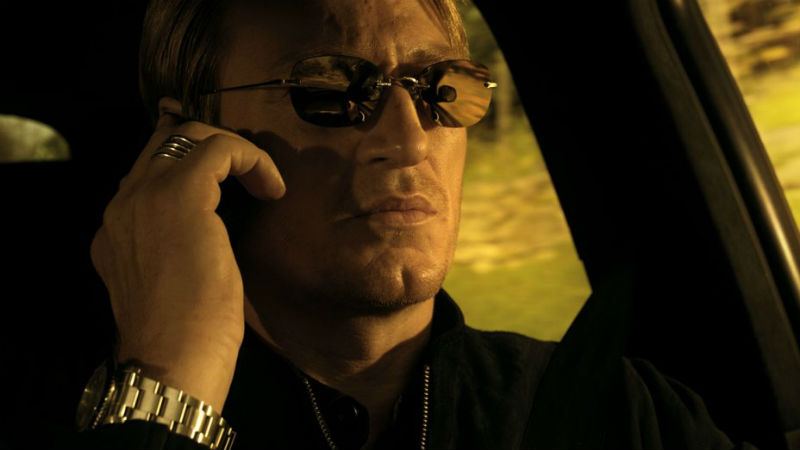 Featuring Benoit Magimel, widely known for his role in Michael Haneke’s The Piano Teacher (2001), the film reflects the kineticism of fast travel through constantly switching to different members of a convoy escorting drugs across southern Europe. Accompanied by undertones of an aspiring Islamic working class in France, who are forced to turn towards such criminality in order to survive, through Fast Convoy’s cinematic diversity, a touchstone of social and economic problems in contemporary France and Europe is revealed. Likewise, the racial identities of the police are rarely seen, adding to this political message increasingly so.

When two of the crew crumble under the press of a police checkpoint, Magimel’s Alex is forced to clean up the mess left by Elyes’ (Mahdi Belemlih) inexperience. Sporting a pair of 1999’s Matrix-esque (Lana/ Lilly Wachowski) sunglasses, a fast Porsche 4 x 4, he is clearly a man with a particular set of skills for a particular task. Still, in the final few fleeting moments, in the company of Nadia (Reem Kherici), a civilian who gets taken hostage when Elyes steals her car, gives a glimpse behind the emotional shield that Alex so constantly maintains. In the moments of dialogue he has, the character attempts to interact with Nadia, furthering this reading. Throughout, there is a sense of a brokenness relating to all the male characters, calling into question their place in this hyper-masculine environment of guns, drugs and fast driving. 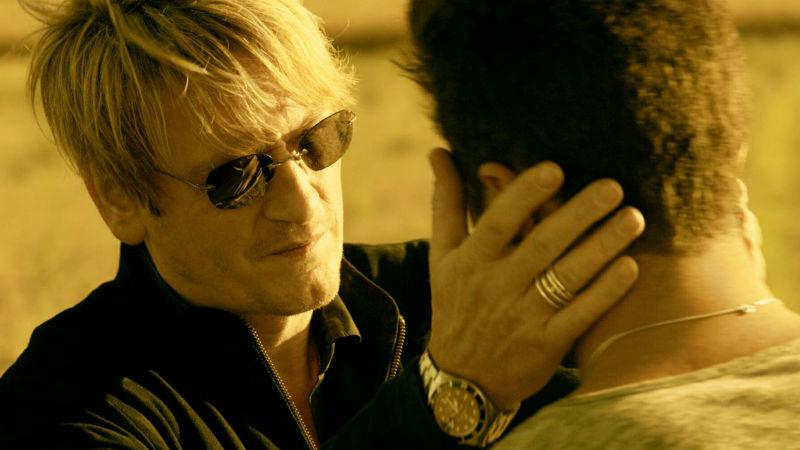 Divided by a distinct colour palette in the first half of the film where the screen is filled with jovial conversations about the men’s favourite sex positions, the yellow ting which accompanies these scenes is a literal stark contrast to the deep bluish night time that closes out the piece. Granted, the characters are not as deepened as the cinematography of Vincent Gallot, who filmed taken, they still service the tense plot. Gallot is an indicator of the film’s aims in targeting the same audience as such Taken films.

Thankfully not as outlandish and gravity-defying as a different piece of car-related film (The Fast and Furious series), what Fast Convoy offers instead of flying cars is a solid piece of high-budget American-influenced French film.

Fast Convoy is available on all major VoD platforms as part of the Men on the Edge strand of the Walk this Way collection.