Just how dirty and queer will Fringe! get this year?

It's finally that time of the year when an explosion of transgressive and progressive queer cinema hits East London; DMovies had a chat with the Fringe! Queer Film Fest team and they have revealed all their dirty secrets...

Some like it hot. Others prefer it dirty. DMovies and the Fringe! Queer Film & Arts Fest belong to the latter group. Both organisations share the view that cinema should be thought-provoking, transgressive, and constantly challenge the established orthodoxy.

Our affinity is such that we decided to ask some very naughty questions to their amazing team and find out what is it that makes their Fest so singular and special. The directors Alex K plus the programmers Muffin H, Martha M and Sean MG spilled the beans, revealing what what makes a film “trangressive”, why East London and how straight people can enjoy a queer festival. Have a read and find out what they had to say!

Fringe! is a not-for-profit film and arts festival run by a team of passionate volunteers, rooted in London’s queer creative scene and they welcome everyone – particularly dirty boys and girls like YOU! They define their mission as “to offer a dynamic, representative and unmistakably fresh alternative to other film and arts festivals”. The Festival is now on its 7th edition, and the programme this year includes more than 40 events during six days. There are panels, workshops, performances and parties in nine East London venues. There’s no time to get bored, with an international selection of 33 feature and 72 short films, including seven UK premieres. 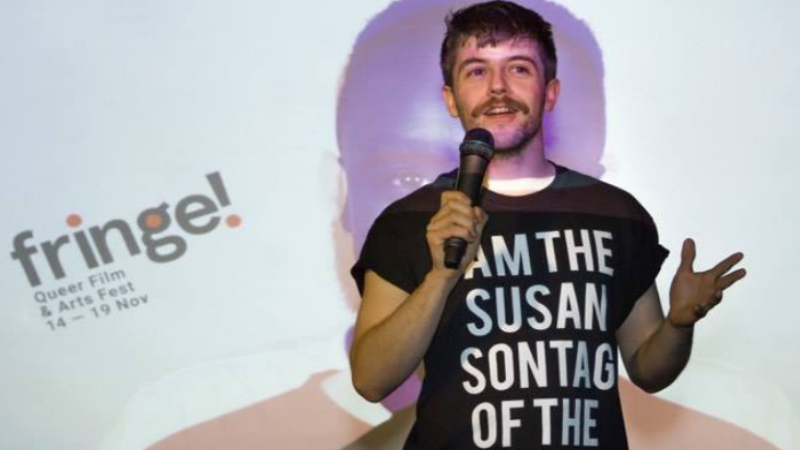 DMovies – Can you please tell us about curatorship process? How many people are involved, how people can submit their films, the criteria, and so on?

Programmer Sean MG (pictured above) – It’s a cauldron of choice. Some of our Senior Programmers are lucky to catch a glimpse of some truly great stuff at the Berlin Film Festival or Frameline in San Francisco, and we receive hundreds of open submissions online that the whole team evaluates. Sometimes we just know something is perfect, sometimes we have to defend our choices, but it definitely makes for lively debate, which is what you want in a team. We only have a couple of rules though, one of them being NO QUEER DEATH. There are quite enough films where a gay character dies at the end and they’re not stories we want told!

Director Alex K (pictured below) – We have seven people on our programming team who find films through our submissions process, via distributors and via lots and lots of research either by going to other festivals or a good old Google search. Some films also come to us through recommendations by friends and filmmakers we’ve had in previous festivals or through fellow programmers at other festivals. Some films are clear Fringe! material and everyone on the team agrees on having them programmed straight away. Of course a lot of personal tastes comes into this process but every film is watched by more than one programmer before it goes into the programme. Films that often catch our attention: the weird stuff, the stories that haven’t been told and the cheeky.

DMovies – You have described your films as “transgressive” and “progressive”, can you please tell us a little bit more about what makes a film such? 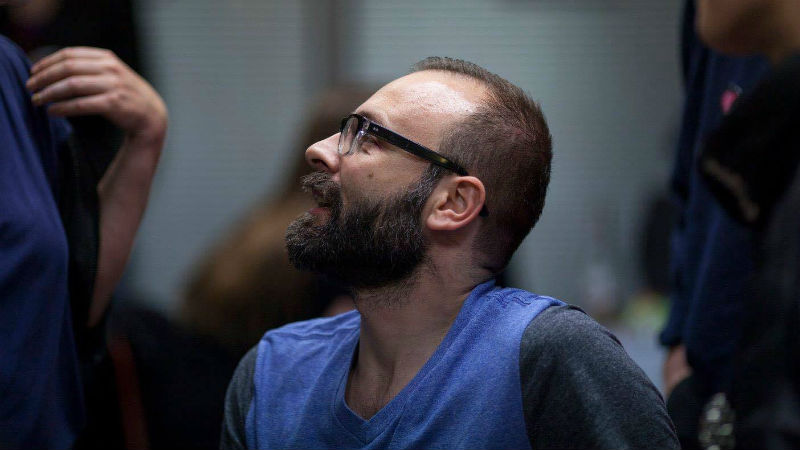 AK – In terms of our programme it’s really those films that challenge the viewer on some level. Queer films that steer away from some of the tropes of ‘gay cinema’ (although we rarely can resist the obligatory shower scene), those films that tell established stories from a new angle, films that aren’t too prudish to show actual queer sex. Anything that resists the drive for assimilation and that is made for a queer audience in mind, rather than a film about queers so straight people can get a safe introduction.

DMovies – You are a “queer” film festival. Can’t straight people be transgressive and progressive?

Head of Programme Muffin H (pictured below): I think that queer sensibility doesn’t have to specifically be connected with sexuality, gender or sexual preference, no.

AK – Of course being straight doesn’t mean you can’t be transgressive or progressive. As much as there are those of a non-heterosexual persuasion that are conservative. 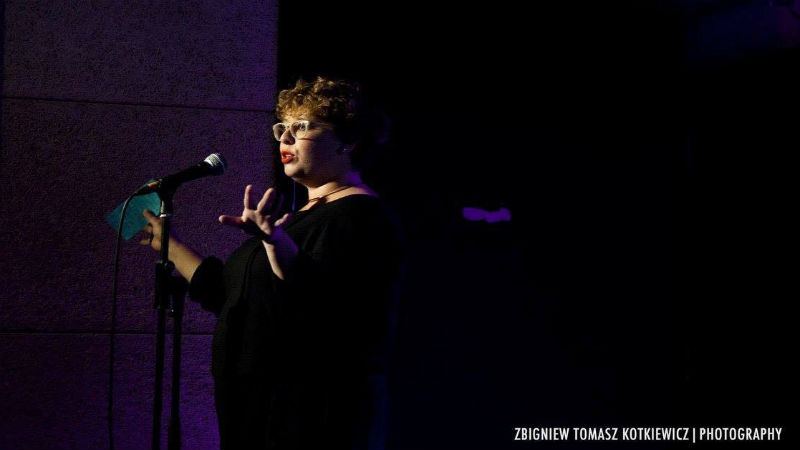 DMovies – Why East (London)? Do the queers elsewhere go to bed too early?

AK – When the festival was founded back in 2011 most of the festival team where either based in East London or partying there, so was a lot of our audience. We had a lot of connections with local venues that let us programme festival events with very short notice (we organised the first festival in less than two months) and a lot of exciting club nights and other events that were more alternative were happening around the area. Of course much has changed in terms of alternative queer culture offerings around London, and we hold the occasional year round event outside of East London, but when it comes to festival time it’s now very much a logistics driven decision to not spread ourselves too thinly geographically.

Programmer Martha M (pictured below) – I mean, the landscape is changing in terms of audience for sure, and one of the things that cements our community’s solidarity is having to protect an area, or re-adjust to the gentrification of this area. Of course the main fringe, for want of a different adjective, cinemas and venues and clubs remain in East, so that’s where we’ll be – though sadly it means lots of our community including myself now have to travel in. Fringe! was initially, after all, borne of a small group of East London queers and within a kind of community network of cinemas, clubs and underground spaces, so has remained local. 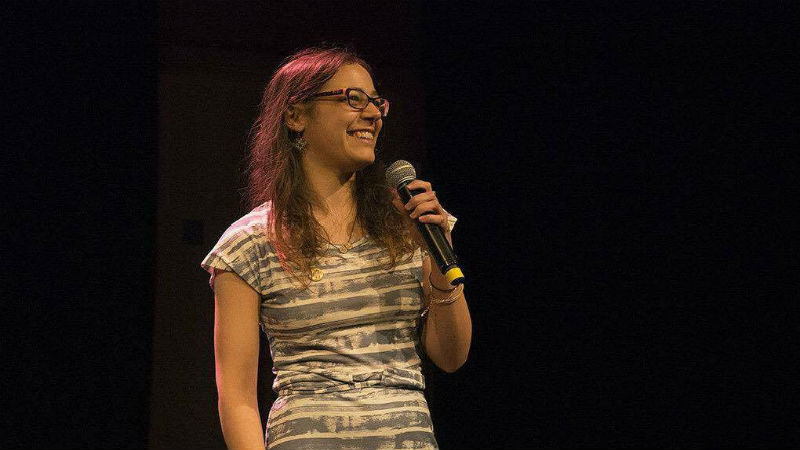 DMovies – You’ve been around since 2011. Can you please tell us about your dirty achievements in these seven editions, what you are most proud of?

SMG – There’s a lurid joy sometimes in having extraordinary images or narratives projected on screen, and plenty of times it’s a form of sexual expression that is not palatable to mainstream audiences. It’s not that we want to shock audiences (although sometimes we do – and we laugh!) but it’s that there has to be room for these stories, characters and pleasures to exist and we want to tell them. I joined the team last year and in the “Family” programme there was a 90-second short about coming out. And while we don’t usually go for “coming out stories”, this one was particularly…”penetrative” shall we say. That was fun.

MM – I’m always in awe of the year Fringe! took over an old Catholic school and moved the annual spanking workshop to the altar.

DMovies – What about this year? Can you tell us what’s dirty and new this year?

SMG – While our films are probably more sexy than dirty there are definitely some moments of transgressive filth peppered lovingly throughout. You never know when it’s going to appear on screen

AK – One of my favourites this year is Who Will Fuck Daddy (Lasse Långström), which pretends to be worried about the patriarchy not having anyone want to fuck it anymore. It’s a hilarious, sarcastic, scathing, and silly film with a lot of strange things happening!

This Austrian drama about two gay men and a cat is almost certain to move animal lovers, but others may find it a little petty - from the Fringe! Queer Film Fest [Read More...]