"Greasy movie"
This Austrian drama about two gay men and a cat is almost certain to move animal lovers, but others may find it a little petty - from the Fringe! Queer Film Fest

Would you have sex with a murderer? What about a cat murderer? The strong and stable relationship of French-horn player Stefan (Lukas Turtur) and orchestra manager Andreas (Philipp Hochmair) suffer a heavy blow after the former willfully and yet unexplainably kills their beloved feline. Stefan begins to experience fits, and Andreas simply isn’t able to be intimate and have sex with his partner anymore.

Moses the cat (in an outstanding performance by Toni, who should be nominated to a ‘Paw-scar’) is an extremely loving and charismatic creature, and he adds the finishing touch to a relationship and lifestyle as close as possible to perfection. Stefan and Andreas are both extremely good-looking, with a very satisfying sex life, good jobs, a very large and comfortable house, great friends, and peace seems to prevail everywhere. They walk around naked at home and most of the time, and they have a green and leafy garden. They look like some modern and bourgeois version of Adam and Eve (or Adam and Steve, for that matter), with a cat replacing the snake. There’s even a tree symbolic of sin and punishment, and where one of the film’s most significant events takes place. 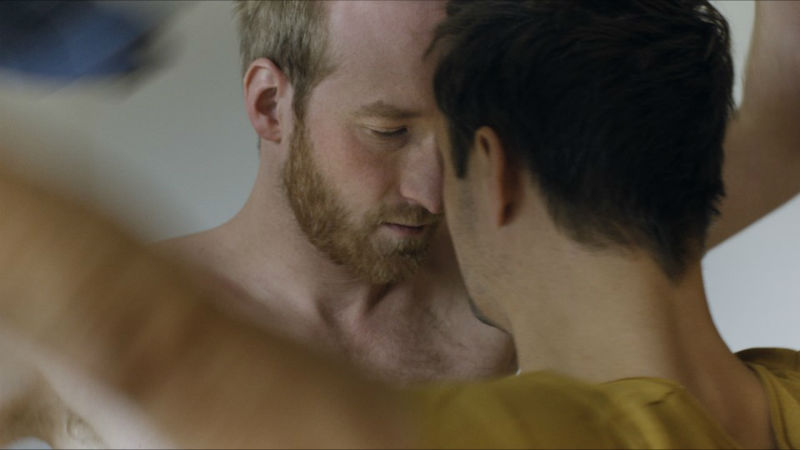 The two lovebirds share their intimacy with Moses, who also becomes some sort of partner. He witnesses everything, but he’s never intrusive. Is it immoral to allow an animal to watch you have sex? Of course it’s not: animals don’t share Christians values of sin and morality. In facts, cats are elegant, nimble and attractive animals. So it’s entirely acceptable and normal that they witness our intimate moments, if they wish to do so. So I don’t think Stefan killed Moses because he was jealous of put off by his presence. Moses was never a killjoy, or a libido kill. Stefan never verbalises his motive, probably because he doesn’t know it himself.

After Moses is killed everything changes. The perfectly happy lifestyle quickly descends into hell. Guilt and mourning turn sex into a burdensome and undesired task. Resentment and mistrust hover above their gorgeous dwelling. Stefan’s and Andrea’s nudity is no longer sexy and empowering. Instead now they look vulnerable and frail. It’s almost as if they were having a hangover from an extended and heady honeymoon (not coincidentally, the film title in German “Kater” means both “tomcat” and “hangover”). 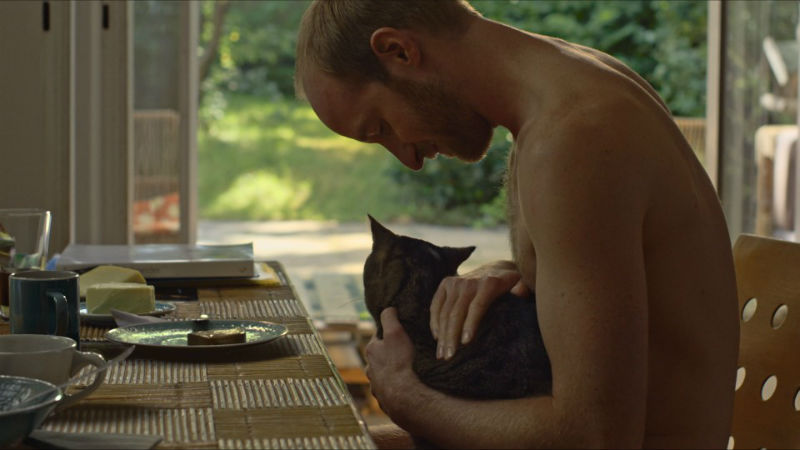 This is not the first Germanic film to expose the impact of a willful feline murder on a relationship. Rainer Werner Fassbinder has a very sadistic Helmut killing his lover’s in the 1974 classic Martha. The difference is that Helmut never regretted his actions, and Fassbinder opted not to show the actual murder scene. But the impact was equally devastating.

The major problem with this Austrian film is that it is a little too long, at almost two hours. The catty fights get a little petty towards the end. Those who’ve never had an animal may find it a little difficult to relate to such unrelenting drama

Kater won the Teddy Prize for LGBT cinema at the 66th Berlin Film Festival last year. It showed in UK cinemas in May and is showing at the Fringe! Queer Film Fest in November.

This fairy tale teen gay romance set in Germany takes a very unexpected turn, but not in the direction many LGBT fans would expect - now on BFI Player [Read More...]

This warm and tender Irish drama about homophobic bullying in a boarding school is simple and lighthearted on the surface, but the message is no less pertinent and compelling - on Disney + UK on Friday, July 29th; also available on other platforms [Read More...]

The strongest chain in no chain at all: LGBT drama about two gay men who meet in an absurd situation and become unexpectedly attracted to each other - from East End Film Festival. [Read More...]