Our writer Maysa Monção attended the Rome International Film Festival where the iconic American filmmaker received a Lifetime Achievement accolade on Saturday, and she also popped a couple of questions to him

It was a foggy morning in Rome last Saturday. The stone pines were obscured in the horizon by a very Lynchian haze. I came to the festival listening to the Sycamore Trees’ song and I almost mistook the stone pines from Rome with the trees from Twins Peaks: Firewalk with Me (1992). Then, just like the episode 8 of television series Twin Peaks: The Return, there was a bright light shining in the sky. It was not a nuclear bomb; it was just the sun. I instantly felt ready for a whole day of enlightenment.

I had some questions in my mind, and it was a challenge to elaborate them. Lynch doesn’t like meeting journalists and he avoids explaining his films. In fact, the start of the press conference was a series of almost monosyllabic answers. He dodged a question about Harvey Weinstein with a succinct “stay tuned”. Lynch rarely comments on politics and controversial issues. Instead he tends to drive conversations in a more abstract direction, talking the evolution of the human being and the importance of art. 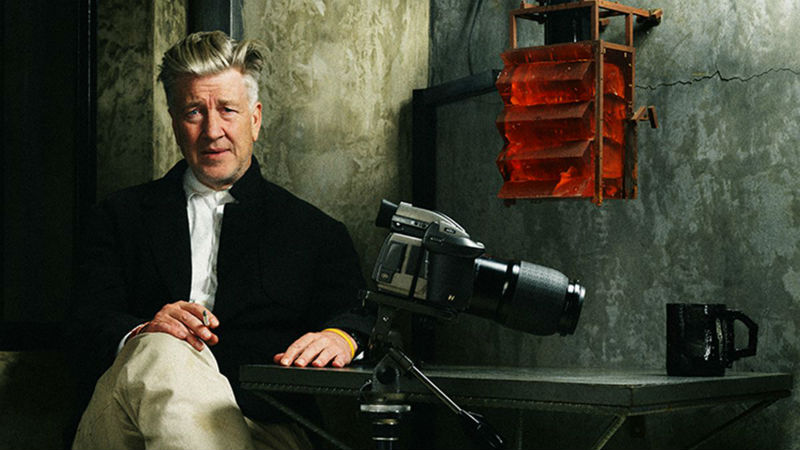 Soon the mic landed on my lap and I popped a question: “your actors always mention that there is a feeling of trust on set. They trust you and you trust them. At the same time, you are in the control of the whole filming process. How do you balance trust and control?”

Lynch promptly replied: “you control the people you trust. The whole thing is to be true to an idea. We talk and talk until we realise that we are all going together on the same road.” Indeed, Lynch’s method on set is based on rehearsals, not improvisations. He continues: “when I first meet the actors in the studio most often their interpretation can differ from what I had in mind. So we do a few rehearsals and we get there in the end.# 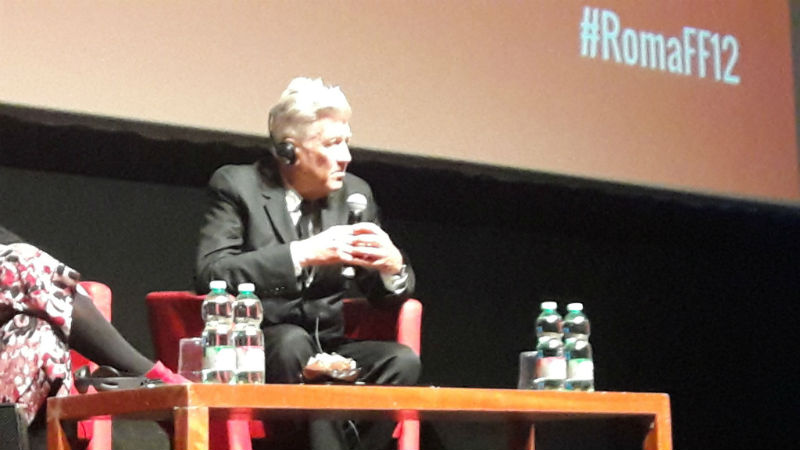 Lynch’s creative process is solidly based on Transcendental Meditation, which he has been practising for 44 years. So I asked him: “how does meditation help in your work?”. He gave me a surprisingly detailed answer, suggesting he’s perhaps in his comfort zone: “meditation is connected with creativity. There is a lot of stress and negativity in the world. Transcendental Meditation is a key that opens the doors to creativity. Stress, sorrow and depression kill creativity. In the deepest level we are all one. Meditation brings us back to our home, to our Self. This is our future. One day we will all enjoy enlightenment. Suffering is not necessary. The artist does not need to suffer in order to show suffering“.

For sure meditation gives Lynch a state of satisfaction that is rare in artists. Artists most often hate to watch their films again, and are often dissatisfied with the outcome. With the exception of Dune (1984), a film that “I did not have the final cut”, Lynch enjoys all his movies.

The conversation with the journalists ends up with compliments to David Bowie and Harry Dean Stanton, both artists had passed away recently and collaborated in his films. We then had a three hour interval – Lynch went to an ostentatious lunch, and Italian coffee of course — and then everyone returned to the Award Ceremony. 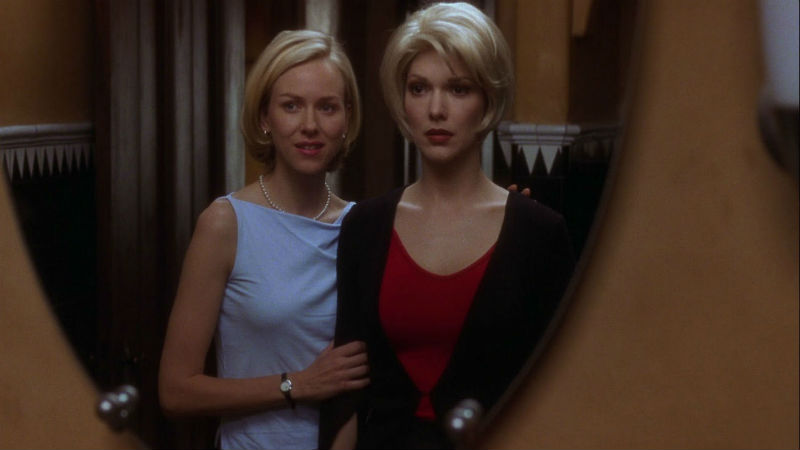 A lifetime in the pictures

The second part of the day, which was also to the public, began with scenes from Eraserhead (1977) and something entirely new to me. Lynch explained : “My greatest inspiration for Eraserhead was the city of Philadelphia. I love it because it’s dirty, filthy and violent.” He then goes on to talk about each of his other movies. He confirmed exactly what I wrote earlier this yes: that Mulholland Drive (2001) is indeed a tribute to Sunset Boulevard (Billy Wilder, 1950). He adds that Sunset is a “sad film about longing”. Indeed both titles of the films are name of locations.

“Gordon Cole is a character in Sunset Boulevard and also in Twin Peaks. In LA, if you want to go towards Paramount Studios, you will pass two streets: Gordon Street and Cole Street. I am sure Billy Wilder got the name from the locations. Wilder had a sense of place.”

Lynch also remembered the two occasions in which he met Federico Fellini in Rome. The last time they saw each other was two days before Fellini entered a coma. They had a nice conversation about the changes in cinema.

At the end of the night, Italian director Paolo Sorrentino came up on stage. He delivered the Lifetime Achievement Award to the 71-year-old-year director from Montana. A much deserved and timely recognition!