How dirty are cigarettes in film?

Talks about a potential smoking ban in French movies have reignited the discussion around the role of cigarettes in cinema. Are puffing actors a bad influence or is the whole debate just hot air?

Last week the French socialist senator Nadine Grelet-Certenais proposed a prohibition of smoking in French cinema. She believes that film with smoking characters have a negative impact on French citizens, in one of the few countries in the world where the domestic film industry is indeed large and influential enough to shape up habits and trends. Obviously it backfired. Critics immediately pointed out that if such legislation was implemented in retrospect, only a handful of films would survive. Actors such as Jean-Paul Belmondo (pictured below), Alain Delon and Catherine Deneuve (pictured at the top), to name just a few, were almost invariably attached to a cigarette throughout their film careers.

This is not an isolated trend. Just last year, California’s anti-smoking lobby wanted Hollywood to give up cigarettes altogether. A complaint filed against the Motion Picture Association of America, six major studios and the Association of Theatre Owners, alleges that nearly five million people under the age of 16 have taken up smoking thanks to cigarettes in film. Needless to say, their methodology is highly empirical and many have questioned the numbers and their collection criteria. 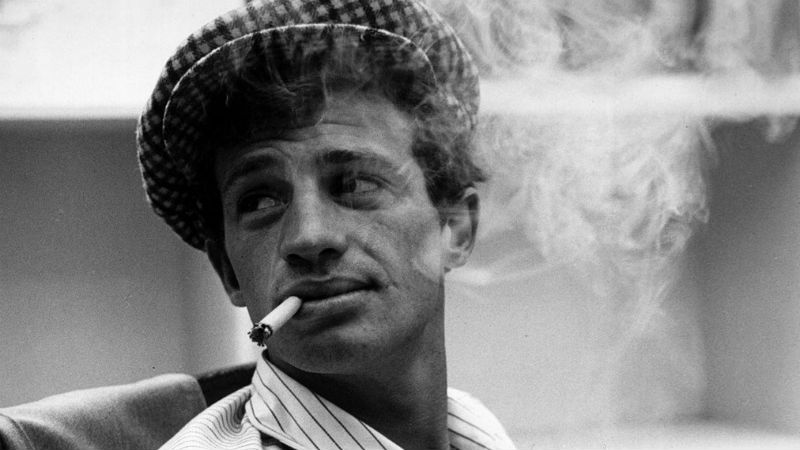 Hollywood and French actors are not good role models for anti-smoking campaigners and legislators. They are sexy, elegant and have attached a very positive image to cigarettes. To boot, some look almost immune to the negative effects of smoking. For example, Deneuve is extremely beautiful at the age of 74. Her skin is not wrinkly, her eyes are not baggy, her teeth are not icky and her hair certainly doesn’t look frail and brittle. Of course I’m not saying that you should smoke regularly in order look as good as Catherine Deneuve when you have lived for nearly three quarters of century. But I’m not saying that you shouldn’t smoke, either. In fact, I’m not making recommendations. You are all adults and you can decide for yourselves what you should do. And that’s exactly the point of this article.

Film has changed enormously since it was first invented in the late 19th century. And so has our society, as well as our attitudes to cinema and cinema-going. For example, people were allowed to smoke inside early movie theatres in the UK and and the US (the nickelodeons, in a reference to the entrance fee of just a nickel, 5c). In fact, people could do pretty much anything in these crowded, insalubrious and hazardous buildings aimed mostly at the working classes, who couldn’t afford to go to the theatre or the opera.

Later cigarettes acquired a glamorous reputation, with Hollywood and the French (amongst others) playing seductive characters with tobacco attached to their lips. Even the undulation of the smoke is sexy, and highly attractive to capture on camera. Advertising helped. In the 1960s, smoking cigarettes was often marketed as not just elegant, but also good for your teeth (see advert below) and for your lungs (“wanna get rid of that cough? Just light up!). And so many big stars puffed their way through their cinema world. Rita Hayworth (pictured at the bottom of this article), Lauren Bacall, Humphrey Bogart (pictured together below) and so many others had their image directly associated to cigarettes.

So now times have changed again. We know cigarettes are bad for our health, we can no longer smoke in cinemas, bars and restaurants, and cigarette advertisements have been entirely banned. Isn’t it time we did the same to cigarettes? The answer is resounding NO. Let me explain myself. 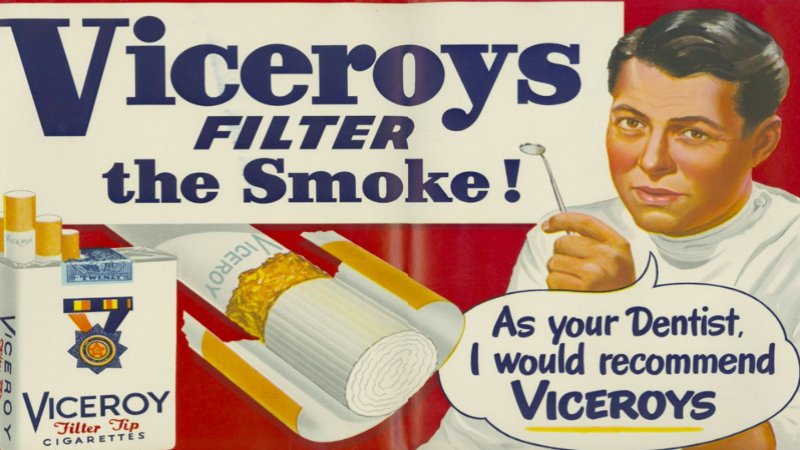 Cinema is about freedom. Artistic freedom. Freedom to agree and disagree. Freedom to choose. Cinema should be dirty in its nature. Responsive mimicry is not compulsory. In other words, you don’t have to identify with the characters on the silver screen and emulate them at all costs. Advertising is very different. It’s not made for critical thinking (bar specific government and third sector campaigns). It’s not intended to open up your mind. Advertising is overt persuasion and seduction. It’s manipulative in its very nature. Cinema isn’t (or at least not the type of dirty cinema in which we strongly believe).

Just picture what it would be like if all bad stuff was banned from cinema. If we take everything at face value, we may just prohibit filmmaking altogether. No cigarettes, no getting drunk, no drug-taking, no murders. Just a beautiful flowery world where we all hold hands and prance around in celebration of our magnificent and flawless existence. As if! Ratings already exist for preventing children and young people from accessing certain types of material, but we don’t need to do the same to adults. Films don’t need to come with a warning: “don’t try this at home!”. 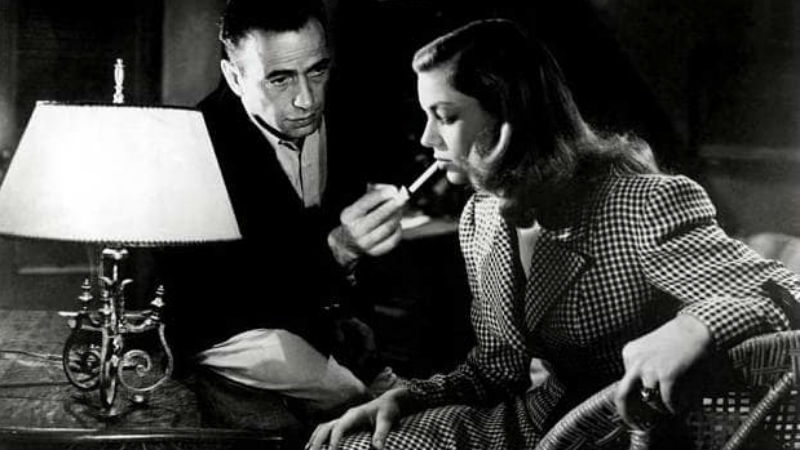 Alternatively, we could come up with some sort of metric in order to determine whether the film encourages smoking. Something akin to the Bechdel Test? We could call it the “Smochdel Test”, or maybe the “Deneuve Test”? It would work like this: if two people keep a cigarette for longer than 10 seconds in the mouths while displaying a smug sense of satisfaction, then the film fails the Test! Just brilliant, isn’t it? I’m a genius!

Or maybe not. What if we simply allow grown-ups like you and me to be our own arbiters? I don’t want to live in a world where meat-free films are labelled as such for vegetarians, where sinful stories are marked for Christians, and so on. That’s madness. I want to be able to go to the cinema in order to fall in love, to understand other people, plus to be profoundly moved. But I’m also prepared to be outraged, even offended and insulted. Cinema should hit you like a ton of bricks. 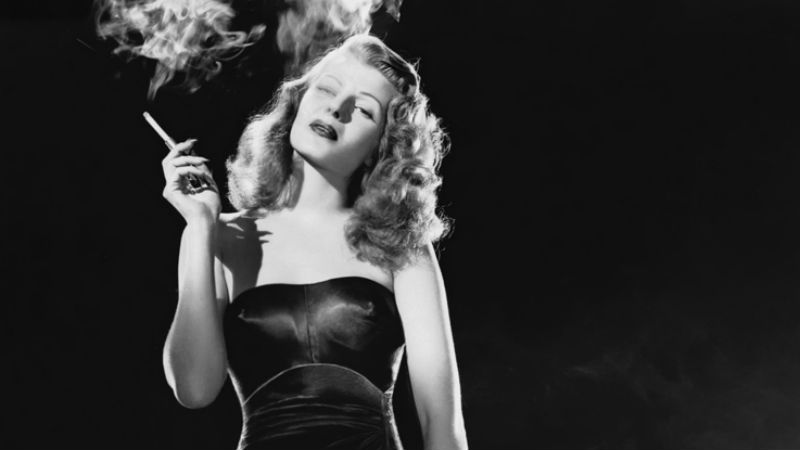 Keep calm and carry on

Smoking is dirty and subversive, and it belongs in cinema in its integrality. Cinema offers us a peek into a lot of things. which what we normally don’t see, a non-sanitised reality. We shouldn’t strip cinema of its very expository nature. So let’s carry smoking, eating meat, shagging and dare I say… killing each other? Let’s allow cinema to be a venting outlet so we don’t have to try all of these things at home.

Our writer Lina Samoili looks at the modern relevance and the shortcomings of the Bechdel test, and asks whether still it's an accurate gauge of female representation in cinema three decades after its creation [Read More...]

One thought on “How dirty are cigarettes in film?”