"Dirty gem"
Man-hating female revolutionaries do not want equality, and instead they have established an alternative society of their own - Bruce LaBruce's latest movie is out on DVD April 30th

Not since Polanski’s Repulsion (1965) and Patty Jenkins’s Monster (2003) have you seen such rabid females expressing their repulsion of men. They despise their odour, their presence, their proximity and their existence. They refuse to live in a phallocentric society. What’s more, they do not strive for equality, as they don’t want to mirror themselves against what they see as a corrupt establishment. Welcome to the world of The Misandrists.

Bruce LaBruce’s latest film is a return to the politics of sex, which he explored in minute detail in Rapsberry Reich (2004), plus a commentary on extreme feminism. These female characters seek “to reconcile the revolutionary need with sexual politics” by rejecting men and setting up their Female Liberation Army (FLA) in an unidentified remote location. 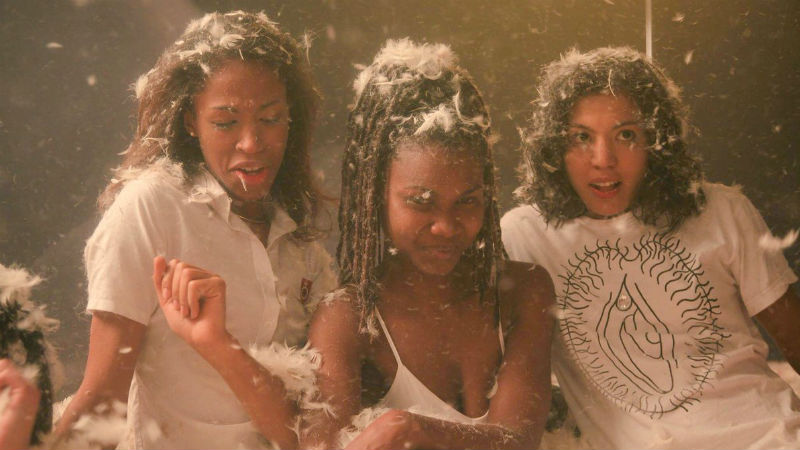 Seven young women live under the purview of Big Mother (Susanne Sachsse) and her loyal sidekicks Sister Barbara, Sister Kembra, Sister Grete and Sister Dagmar. Until one day Isolde (Kita Updike) decides to harbour a wounded male fugitive in the basement, despite knowing that this represents a gross violation of the rules. Her misconducted is finally exposed, but that’s not the only surprise she has in store. Plenty of commotion and blood will follow.

LaBruce has retained his usual auteur trademark, as he weaves elements of pornography with Marxist rhetoric, plus throwing in a few experimental devices. It’s also a tribute to cinema itself, as the cinephilic director references a number of movies, including The Beguiled (Don Siegel, 1971) and The Dirty Dozen (Robert Aldrich, 1967). There are probably many more which only the extremely observant and fine-tuned will be able to identify. The film is also dotted with washed-out images of pillow fights, which are a tribute to lesbian erotica from the 1970s.

Some of the most recognisable devices of extreme feminism are also present: the desire for parthenogenesis (reproduction from a non-fertilised egg, where males are redundant) and the replacement of HIStory with HERstory (despite the etymology of the word having no connection with males whatsoever). Such extreme ideas are often associated to the writings of Andrea Dworking and Catharine MacKinnon, and dismissed as too radical by moderate feminists. 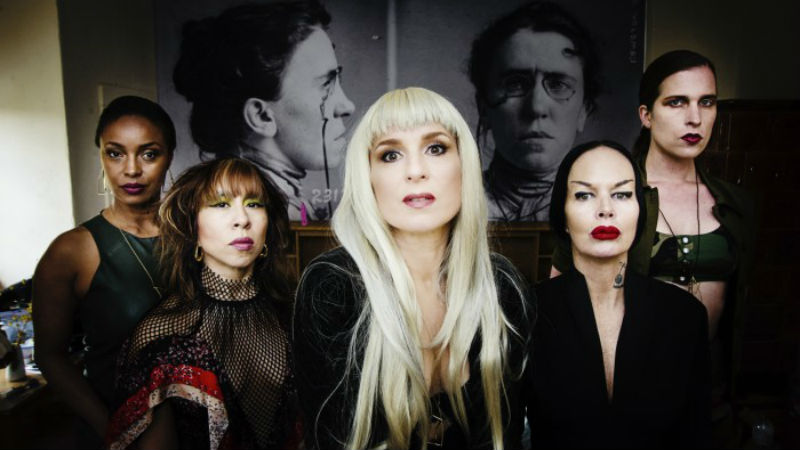 At least three sequences deserve a special mention. Firstly, the way the director breaks the fourth wall and invites the audience into the movie towards the end of the film. Secondly, when the females subvert the infamous Jewish blessing “Dear God who has not made me a woman” in their favour. Thirdly, when one of the girls find a very unorthodox use for a chicken egg. You’ll know what I’m talking about if you’ve seen Nagisa Oshima’s Realm of the Senses (1976). Otherwise, just use your imagination and I’m sure you can work it out just as well.

The fact that the director is a “pendulous” human being (quoting the vocabulary from the movie itself) could come across as a blasphemous (blaspheminine?) attack on female integrity, and on the overall identity of the movie. Bruce LaBruce confessed that at times he thought: “why am I doing this”. In reality, The Misandrists is an elegant and colourful tribute to feminism, if from a male perspective. LaBruce confessed in an interview with DMovies last year that working with so many women was a novelty, and that he “let the girls guide themselves, and do things the way they would do it” while making the film. The director is indeed very respectful of the females, yet his gaze is still pervasive, and this ultimately remains a very masculine Bruce LaBruce movie.

The Misandrists premiered at the Berlinale in early 2017, when this piece was originally written. It is showing in September at the Raindance Film Festival of London and then in November at Fringe!. It’s out on DVD on April 30th (2018).

Is this the most outrageous film festival ever?

A small, very unusual and vibrant film festival takes place every year in Berlin attracting a very enthusiastic following, but a four-letter word in the name of the event can be very misleading - are you able to guess what that is? DMovies is live right now unveiling the Festival's je ne sais quois [Read More...]