"Greasy movie"
Sir does NOT thwack you on the knee! This Irish boarding school is teeming with tender and doting relationships between headmasters and pupils, unlike in the The Smiths song - in cinemas this week

Voyeurism has always been a pivotal part of spectatorship; it’s what gives documentary films their pleasures. Observing school life, through voyeurism, has become a modern viewing phenomenon, starting with Channel Four’s Educating Yorkshire in 2013 and continuing with Sky 1’s Harrow: A Very British School. The rationale behind audiences connecting so deeply with school students is rooted in emotional development. The viewer gains gratification in seeing such young pupils develop and achieve their dream academic positions in colleges and universities across the country.

Unlike these formerly referenced TV shows, School Life utilises its documentary style to look further up the school system at two long-serving teachers at Headfort School, a boarding school for 3- to 13-year-olds in Kells, Ireland. They are called Amanda and John Leyden, and they have been married for 45 years. Unlike the lyrics of The Smiths and Morrissey in The Headmaster Ritual, these teachers do not thwack, elbow or knee their students, but help them mature and grow into creative, independent and engaging young people. 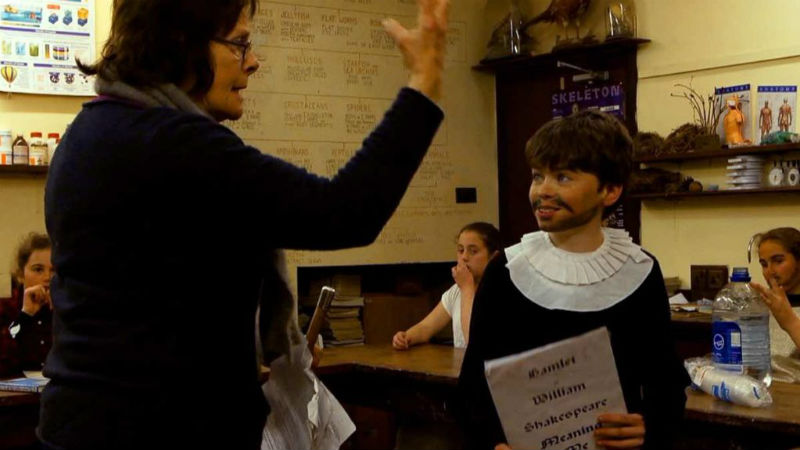 Living in an old idyllic cottage inside the school grounds, both Amanda and John appear relaxed and calm ahead of the start of the new school year. Having a cigarette in his mouth whilst observing their jovial Labradors, the two discuss growing older and what their lives would be without teaching. Cutting to an outside drone shot of their cottage after this brief conversation, the camera follows the two’s car to their work, Headfort School. The luscious greener surrounding the school feels typical of any boarding school in the UK, yet as the film depicts, the tenderness and passion that is deployed by Amanda, John and all the teaching staff at the school results in a loving and free atmosphere for the children.

As an English teacher, Amanda engages the children in Enid Blyton’s The Famous Five and Shakespeare plays. As the headmaster walks in to check upon her class, he claims to the students that it was Mrs. Leyden’s teaching of the novel that got him into reading, many moons ago. Though a natural piece of information, given by the headmaster in a passing comment, directors Neasa Ní Chianáin and David Rane allow the story of the school’s history and community to flow naturally.

Something similar is not only done with Amanda but John likewise. Lurking in an older part of the school, he dwells in a space painted with bright colours and with an array of musical instruments. Creating the school band, he is not as eccentric as Jack Black’s Dewey Finn in School of Rock (Mike White, 2004), still he encourages the children to perform to the highest level. Without informative talking heads and a historical fact, the film lacks information; a welcoming gift to allow the audience to gain an authentic sense of the school and Amanda and John.

With a selection of children from Spain, France, Russia and other countries across the world, one of most tender moments in the film comes when John imitates an Olympic commentator, whilst the kids hold their nation’s flags and walk around the playing fields for the school sports day. The scene encapsulates everything that makes the film tick: the personalities of John and Amanda, their fine dry wit and unobtrusive gaze. 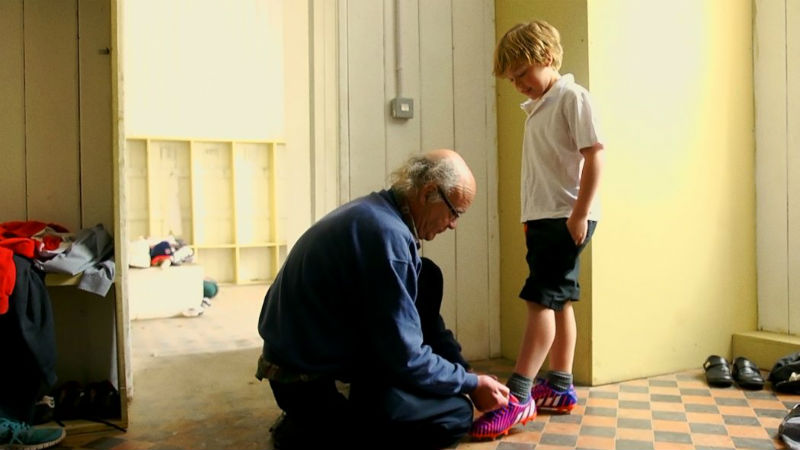 The two are the focus of the piece, however, with the narrative being invested in a school term, certain children come to the forefront. As a very intelligent girl with some problems communicating with others, Eliza takes comfort in Amanda. The filmmakers are sensitive enough to not focus on the girl and other pupils too much. A slight emotion connect is there, but thankfully deep attention is absent, as the main objective in Educating Yorkshire et al.

Observing the surrounding area from a window, alongside a cigarette, the two ponder ‘”What would we do all day? Just sit around doing less and less, and getting more and more decrepit” John suggests. Crafted with love, the two’s relationship and attention towards their pupils are conjoined. Their vows ‘to death do us part’ could not reflect the couple more. Nurturing these kids into young analytical, imaginative and driven people, the school life at Headfort is a special education with John and Amanda central to this.

School Life is out in cinemas across the UK on Friday, October 13th.

This warm and tender Irish drama about homophobic bullying in a boarding school is simple and lighthearted on the surface, but the message is no less pertinent and compelling - out in cinemas [Read More...]