"Filthy genius movie"
No transface, no clichés and no caricature! Superb Chilean drama about a trans woman facing the bereavement of her lover and an outpouring of problems associated is on Mubi on Saturday, July 4th; also available on other platforms

Marina Vidal (Daniela Vega) is simply a woman. And she happens to be transsexual. The only way she ascertains her gender is by living her life like any other woman would: she works in a restaurant, she has a partner and she also has a hobby: she sings (extremely well). There’s nothing unusual about her lifestyle. The fact that her gender identity is not aligned with her biological sex neither defines nor limits her life. There is no gender “dysphoria”, as the medical establishment puts it. Marina is just another human being living in Santiago, the capital of Chile.

Marina is infatuated with 57-year-old cisgender Orlando (Francisco Reyes). It’s not entirely clear how they met; the film suggests that this may have happened during one of her performances as a singer, but this is never confirmed. What is unquestionable is that they have a tender and genuine bond, and they love each other. Marina slowly begins to move into Orlando’s upper class flat, and they are planning a romantic trip to the Iguazu Falls. Until disaster strikes: Orlando feels dizzy and has a very unfortunate accident. Marina rushes him to hospital but it’s too late. 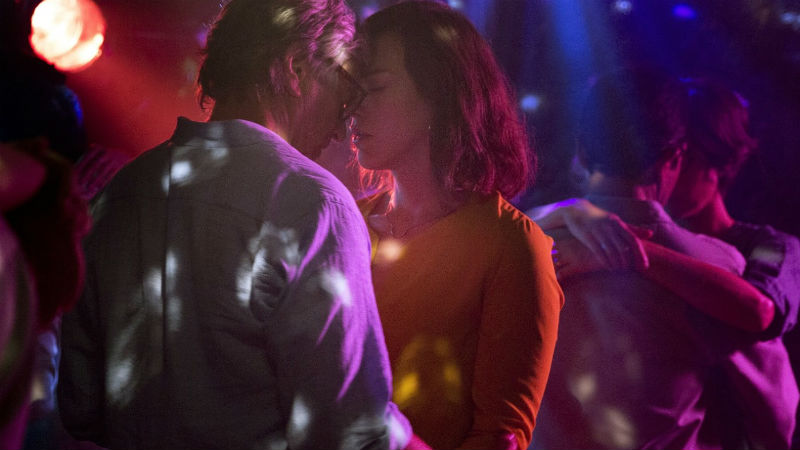 The fatality forces Marina to confront the police, Orlando’s ex-wife Sonia and children. She has prove her innocence, and she also has to arrange the handover of the car and the flat in which she has just settled. And there’s also the funeral: Sonia and her son Bruno adamant that she should not attend the event. At first they are friendly, but the thin veneer of cordiality is soon scratched to reveal deeply ingrained prejudice. The only exception is Orlando’s brother Gabo, who seems genuinely caring and tolerant of Marina – maybe because he was close enough to his sibling to know how profound and genuine the relationship wass

Marina is often laconic and stoic. Her piercing gaze says far more than the frugal amount of words coming out of her mouth. Her unapologetic and determined attitude is sometimes mistaken for deceit, but Marina is as integral and honest as one can be. Yet Orlando’s family and the establishment try to humiliate, to disarm and literally to disrobe Marina. They address her with an inconvenient “he” and even with her birth name “Daniel”, they make ugly faces of disapproval, they taunt her. Sonia dubs her “a chimera”, a fire-breathing female monstrosity from Greek mithology (with a lion’s head, a goat’s body and a serpenet’s tail).

But that’s just the beginning, and she soon realises that the ordeal could escalate much further. Her eventual presence at the funeral (in front of Orlando’s child descendants) could represent the ultimate transgression for a society liberal on the surface but still grappling furiously with bigotry. 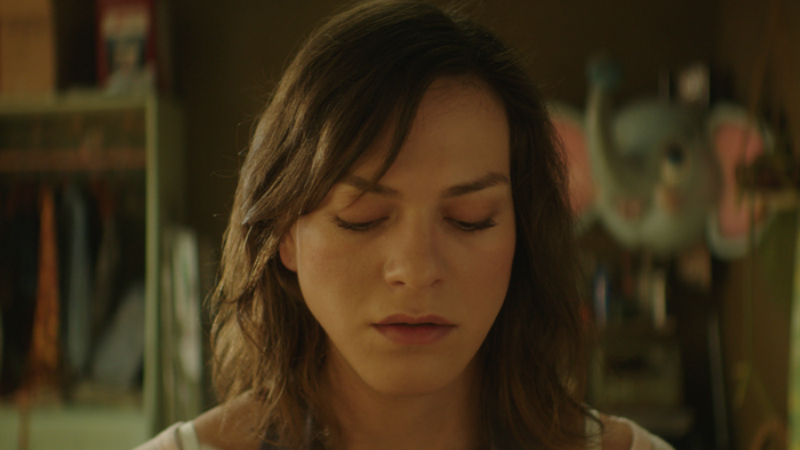 Argentinian-born filmmaker Sebastián Lelio created a film that’s both realistic and respectful of transsexual women. He opted for a real transsexual actor and a real singer, shunning the morally questionable practices of transface and ghost-singing. Daniela Vega is an outstanding talent and a much needed voice in the trans community. Both her eyes and her warble will go straight into your heart.

It’s also remarkable that Daniela does not have the “perfect” curvaceous and feminine body. Her breasts are small, her shoulders and her waist are broad, hinting that one day she was a person of the opposite sex. This does not diminish her. She is not embarrassed or her physique in any way. She’s is a transwoman in all of her magnificence. There’s no gender dysphoria. Only euphoria. The film never reveals whether she has had a phalloplasty. “You don’t ask these questions”, Marina explains. Such curiosity is obtuse and intrusive, something the filmmaker Lelio isn’t.

The film is dotted with emotional allegories, and two of those deserve a special mention. Firstly, the moment is walking against the wind with a flurry of leaves preventing her from moving on. Secondly, when Marina is lying naked in bed with a mirror covering her genitalia, her face reflected on it. I think you can work out what they mean!

A Fantastic Woman is showing as part of the BFI London Film Festival, when this piece was originally written. The film was produced by Pablo Larraín, one of the most creative and prolific filmmakers in South America at present. It is out in cinemas on Friday, March 2nd. On VoD in 2019 on various platforms, including BFI Player and Amazon Prime. On Mubi on Saturday, July 4th (2022).