"Mostly clean movie"
The film exam of your life: what does it take to become a filmmaker? And what qualities are expected from a film student? Doc looks at the entry exams for one of the most prestigious film schools in France, and the outcome is rather unexpected - in selected cinemas

Do you want to be a filmmaker? Is going to a prestigious film school in France the most certain and legitimate way of achieving success in the movie industry? The documentary The Graduation explores the entry exams for La Fémis, a French state film college under the responsibility of the Ministry of Culture.

The desire to make cinema prevails throughout the film, as do fears and anxieties. Candidates explain in detail why they want to become a film director, and they answer the questions posed by an examining board composed of established film professionals, such the filmmaker Olivier Ducastel (who directed Paris 5:59 earlier this year). The film also captures the comments and jokes that the examiners make when they are on their own, away from the attentive eyes of the keen young men and women. A candidate from Ivory Coast explains that cinema is a weapon against disinformation because people “listen to images”, but she never wanted to be a politician. Menawhile, the examiners tell anecdotes about passion, relationships and masturbation. 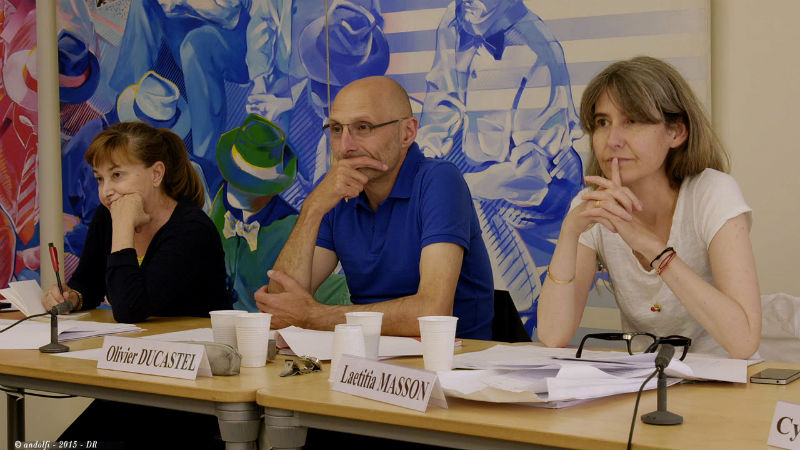 The Graduation is not a rivetting movie unless you are in a very specific moment of your life – your film college entry exams – or are very nostalgic of when you took those in the past. In other words, if you are a diehard filmmaking enthusiast with a taste for college doctrine. The camera in non-intrusive and manipulative, but it is also a little slow and manneristic, and at times it feels like watching CCTV inside the emblematic French school.

Other documentary movies about filmmaking succeeded at captivating audiences much more effectively than this one. For example, Mohsen Makhmalbaf’s Hello Cinema (1995) is an energetic and visceral register of auditions to become a film actor, and a masterpiece per se. The Graduation is less ambitious, more distant and elitist. It surfs through the lives and ambitions of the young people, without going into much depth. It gives the impression that filmmaking in France is more formulaic and less liberating than in country with a less established and austere industry, such as Iran.

The Graduation won the ultra-specific prize for Best Documentary On Cinema this year at the Venice Film Festival. It showed as part of the BFI London Film Festival in October 2016, when this piece was originally written. It’s out in selected cinemas across the UK on Friday, September 15th.