"Greasy movie"
Behind every great man there's always a great... assistant! Doc explores the life of Leon Vitali, Stanley Kubrick's right-hand, and reveals the immense importance of his work both before and after the filmmaker's death - now available on VoD

Would you give up your career in order to become someone else’s shadow? What about your own life? Well, Leon Vitali did. He surrendered his job as an actor in British TV in favour of working as an assistant for the legendary American filmmaker Stanley Kubrick (who moved to the UK at the age of 19). In a way, he also gave up his own family life. He did marry and have children, but these seemed to be secondary in his life. Filmworker reveals that Vitali worked 16-hour-shifts nearly every single day for much of the time comprised between 1975, when he first met the director, until 1999, when the filmmaker passed away.

Vitali was described not only as Kubrick’s shadow; someone also called him Igor (in a reference to Doctor Frankenstein’s assistant). It wasn’t easy dealing with the seemingly avuncular man, who in reality had an explosive temperament, Kubrick often screamed, bullied and humiliated his workers, delivering expletive-laden rants of all sorts. Vitali (pictured below at present, looking a lot like Ozzy Osbourne) reveals that the closest you could Stanley Kubrick nowadays was Gordon Ramsey (that’s F**KING insane!!!). 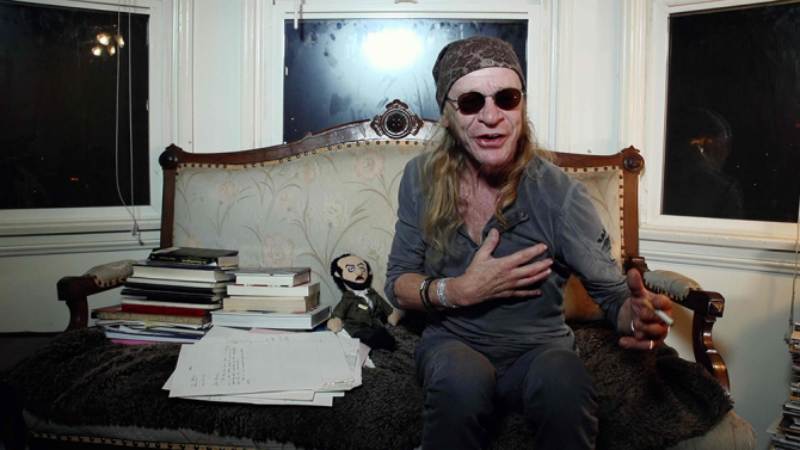 A filmworker is not a filmmaker, but it’s not that bad at all, either. Vitali wasn’t a mere grovelling pawn without a say. He was an enabler; and he deserves a lot of respect for that. It’s widely recognised that Kubrick wouldn’t function without his assistant. Vitali was in charge of virtually everything: from direction assistance to casting, coaching of the actors, post-production and even marketing and publicity (he allegedly vetted every single international poster and trailer of his films). His stamina, loyalty and efficiency were undeniable, and we must credit him for warranting the excellence of Stanley Kubrick.

Vitali’s job did not end after Kubrick’s untimely death at the age of just 70. Quite the opposite. At that stage, the shadow had to step forward and replace his master. He had to finish Eyes Wide Shut to his best knowledge of Kubrick would have wanted the film to look like. He was also in charge of the restoration of his entire collection. If you are a fan of Kubrick, this doc will feel like a candy shop to you: there are loads of film extracts, plenty of behind-the-scenes and interviews with Vitali and his family. If you are not a fan, however, you might want to give it a miss, or at least familiarise yourself with Kubrick’s work first.