"Mostly clean movie"
You won't die laughing with this extremely long, caustic and strange Scandinavian comedy, but the movie does have some arresting and clever moments - Palme d'Or winner is in cinemas Friday, March 16th.

Scandinavian humour isn’t very easy to grasp, particularly if you come from a Latin culture (like myself), more used to explicit and on-your-face jest glazed with sexual innuendo. The director of the acclaimed Force Majeure (2015) returns with a strange blend of comedy and suspense, dotted with social commentary. The social and corporate jokes are reminiscent of Lars von Trier’s The Boss of it all (2006). Much of the humour in The Square is build upon awkwardness, and how Scandinavians are uncomfortable with confrontation.

Christian (Claes Bang) is the very square and respectable curator of a contemporary art museum, and the divorced father of two girls. Their upcoming art installation is entitled The Square, and it invites passersby to leave their belongings and trust their fellow beings. Christian has a dalliance with Anna (Elisabeth Moss), an American living with a pet chimpanzee about twice her size. The equilibrium in Christian’s life is disrupted when his mobile phone is stolen, thereby shattering his very own notions of solidarity and altruism. Such a small mishap triggers some very extreme reactions from a man otherwise calm and balanced. 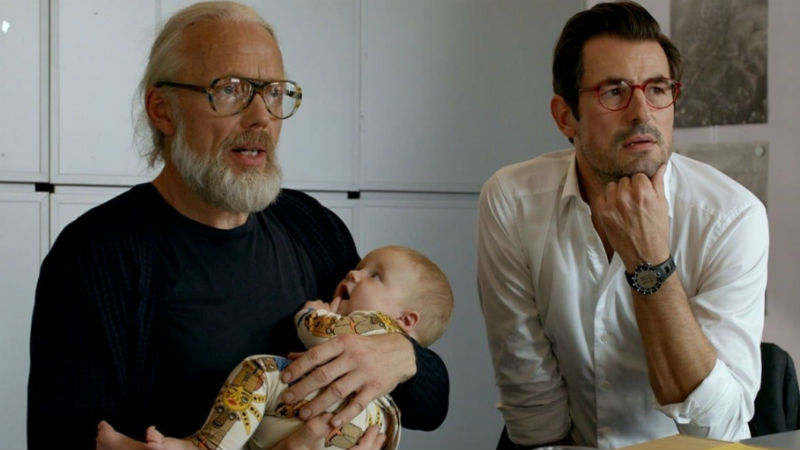 The Scandinavian obsession with freedom of speech (the same one that led to the persecution of Danish cartoonist Jyllands-Posten) is central to the film, and it creates some of the most hilarious moments. During a television show, a member of the audience who suffers from Tourette’s can’t stop screaming the most shocking profanities to Christian and the female presenter: “cock”, “show your tits” and “cameltoe”. Yet no one will stop the man. Later in the movie, a performer is hired to act as a wild beast during a dinner (pictured at the top), and it takes a very long time before anyone attempts to stop him. Foucault would be proud indeed, body and soul.

The wild beast sequence is probably the most important one in the movie, and it reminded me a lot of people “spassing” (ie pretending to have serious mental problems) in The Idiots (once again by Lars Von Trier, 1998). Both the Danish and the Swedish director successfully experiment with the limits of humour and sanity. In both cases the people embrace the character so thoroughly that they seem to lose the connections with their own selves. 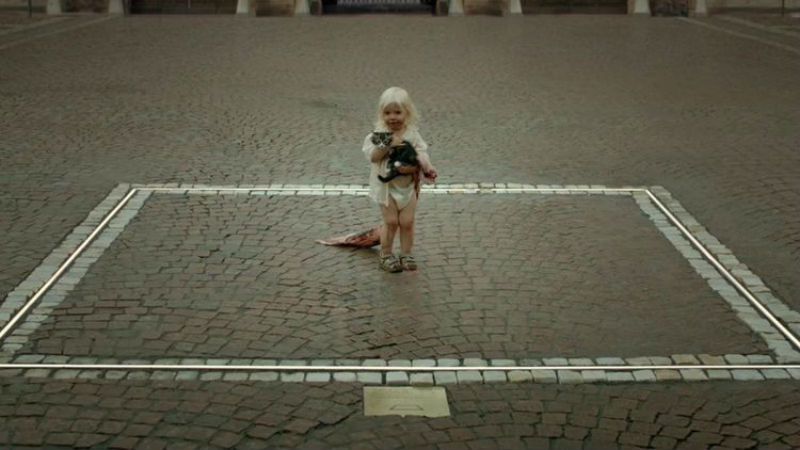 The film, however, has a few shortcomings. Firstly, it’s extremely long at 145 minutes. Second, The Square is a cubist movie which doesn’t manage to gel the fragments together in a intelligible way. It’s a painting the perfectionist Picasso would not show in an art exhibition. Overall, it lacks cohesion. Christian’s family life is never fully explored, not is his relation to Anna. Despite the long duration, a lot of narrative strains are left up in the air, and the film feels a little tedious at times.

Plus there is an extremely unnerving version of Schubert’s Ave Maria with a “doo doo dah” scatting in the background played ad infinitum in the movie. Not funny at all!

The Square showed as part of the 70th Cannes International Film Festival, when this piece was originally written. It won the Palme d’Or. It’s out in UK cinemas on Friday, March 16th.

Bored of living with your family in a large empty house? Then invite a bunch of people to move in and turn it into a commune - now available on Mubi [Read More...]