"Greasy movie"
What are the inevitable consequences of bullying? French Canadian LGBT drama exposes the disturbing face of high school life if you're gay, with a very surprising twist at the end - in the MyFrenchFilmFestival (online)

A few seconds – even the fractions of seconds – can make all difference the world. This complex, jarring and thought-provoking LGBT bullying drama will exploit the pressures of time in very different situations: 8s to down a funnel full of beer, 1:54 to run 800m in a sports competition or 13s for… well, I can’t reveal the shocking twist at the end of this French Canadian movie. 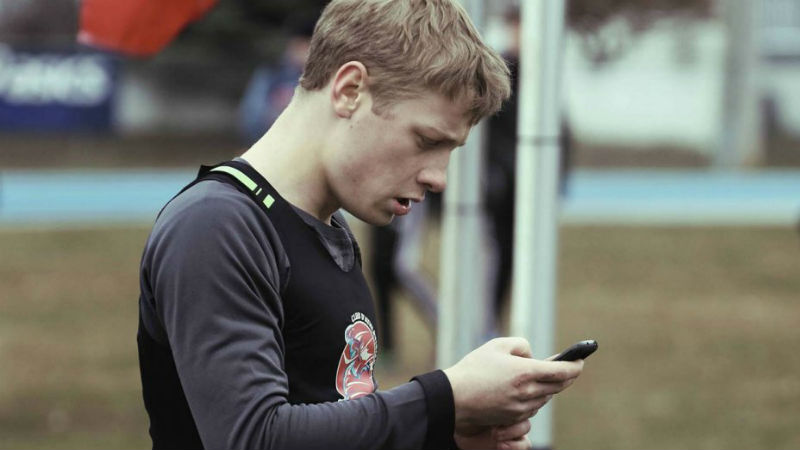 Sixteen-year-old Tim (Antoine Olivier Pilon) is a shy and introspective teenager struggling with a gang of bullies headed by Jeff (Lou-Pascal Tremblay) in school. Tim and his nemesis are both vying for a slot in the national 800m competition, which makes their rivalry even more pronounced. Tim’s best friend Francis (Robert Naylor) is also a victim of bullying. The gang is adamant that the boys have an affair, and this will drive both students to very extreme and different measures in order to deal with the situation.

We eventually find out that Tim used to be a star runner, but he stopped a couple of years earlier when his mother passed away. Now he sees the opportunity to turn the tables and get even with the arrogant and manipulative Jeff, but an expected event suddenly gets on this way, posing a major dilemma. The narrative gradually evolves into what seems to be a race between homophobia and tolerance, then it suddenly veers into something far more sinister and harrowing. 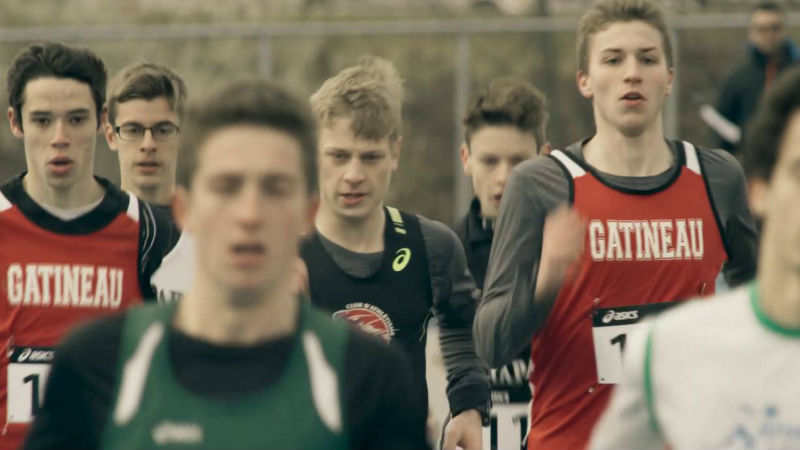 With convincing acting and conventional photography, 1:54 delves into the horrific ramifications of bullying, thereby exposing the twisted and inconsequential sadism of human beings at a very young age. The Internet and smart phones play a central role in deconstructing personalities and and humiliating Tim and Francis. Every possibility of love and romance has been eclipsed by sheer barbarity, and both Tim and Francis have been robbed of their inherent right to love. The cruelty of the students will leave you jaw-dropped, but sadly the reality portrayed is not far-fetched. New technologies have provided young people with a very dangerous and potentially lethal weapon.

1:54 is showed as part of the BFI Flare London LGBT Film Festival in March 2017, when this piece was originally written. It is available for online viewing as part of the MyFrenchFilmFestival between January 19th and February 19th (2018)

This warm and tender Irish drama about homophobic bullying in a boarding school is simple and lighthearted on the surface, but the message is no less pertinent and compelling - out in cinemas [Read More...]