"Mostly clean movie"
This fairy tale teen gay romance set in Germany takes a very unexpected turn, but not in the direction many LGBT fans would expect - now on BFI Player

As homosexuality becomes increasingly acceptable, coming-out dramas are gradually replaced by same-sex coming-of-age stories with little regard to the sexuality of the characters. Such is the case with the German teenage romance Centre of my World, where the gay plot is entirely devoid of the subject of homophobia and any sort social taboo attached to gayness. Another example is the American indie Akron (Brian O’Donnell/ Sasha King, 2016), which showed at last year’s BFI Flare. And there are more movies of the same nature. These films are necessary but their repercussion can also be double-edged: on one hand, we all crave for a world without bigotry and intolerance, and it feels good to breath the fresh air of gay cinema without toxic prejudice. On the other hand, it also feels a little awkward and detached from reality, as there aren’t many place in the world which have achieved this level of equality and respect. 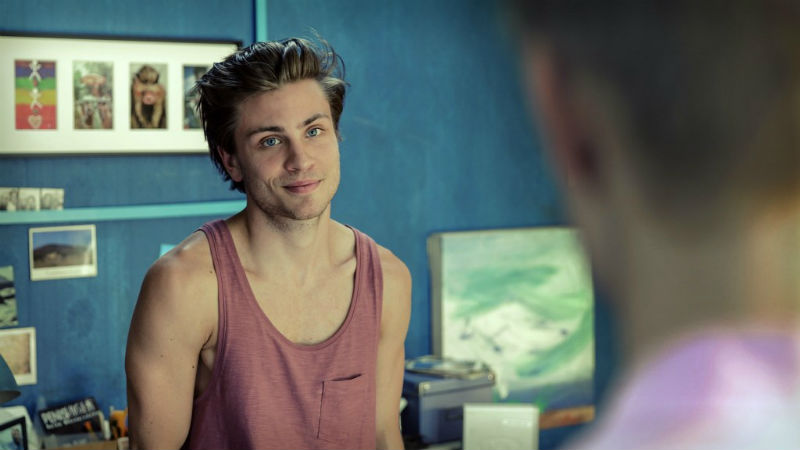 Seventeen-year-old Phil (Louis Hofmann) lives in a ancient mansion called named Visible with his mother Glass and his twin sister Dianne. The three have a very cozy relationship, until one day the mother and the daughter fall out. Meanwhile, Phil begins a relationship with his extremely handsome new classmate Nicholas (Jannik Schümann), despite repeated warnings from his best friend Kat (Svenja Jung) that there is something wrong about the heartthrob. The movie flows seamlessly between present and past, as the 10-year-old twins struggle to come to terms with their mother’s lovers and the mystery surrounding the identity of their real father.

Get ready for an elegant, sexy and thoroughly enjoyable journey into a teenager’s world, more specifically into his first incursion into love. This is a happy-go-lucky, feel-good, clean, conventional and technically accomplished movie. You’re in a manna from heaven if you are an ephebophile (a posh word for those attracted to teenagers; ie most of us!). The camera work is very clever (with jump cuts and fast editing, not too different from a music video), the photography is elegant and sultry (think of a vaguely toned down Pierre et Gilles and you are partway there), plus the soundtrack packed with indie rock is very much fun. 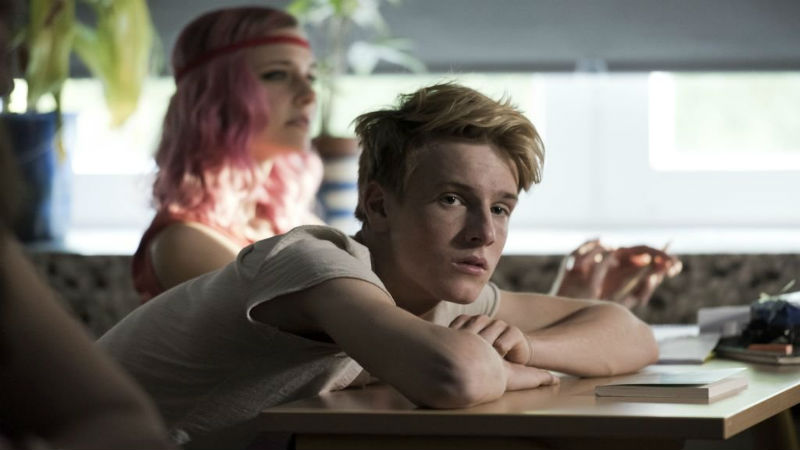 Centre of my World is very beautiful and touching, and never vulgar. But it’s also too perfect: both boys live in astounding mansions, their hair is perfect, their bubble bums are gorgeous, and so is the rest of their body. And of course, there is no homophobia, and everyone (except for Kat) is extremely supportive of their relationship. This sounds ideal, but sometimes it’s hardly relatable. In other words, this is not a very dirty movie.

Another peculiar aspect of the narrative is that it slowly veers away from the gay romance, and the LGBT theme eventually becomes subordinate to something else. Of course this is not a problem: erecting a central pillar of homosexuality is not compulsory for a good film. The problem is that the subplot which ascends into foreground lacks profundity and so the drama at the end of the film becomes a little petty, and the plot becomes somewhat flimsy.

Centre of my World showed at BFI Flare London LGBT Film Festival in March 2017, when this piece was originally written. The film was out in cinemas across the UK in September, and it’s now on BFI Player.

An American story of bereavement and forgiveness, where homosexuality is the background but never the leitmotif - now available on BFI player [Read More...]