"Dirty gem"
Baby, I was born this way! Despite the bullying, Alex Lawther is an unabashed cross-dresser in this gentle coming-of-age tale - in cinemas and now also available for digital streaming

The English actress, producer and filmmaker Trudy Styler confessed to me that she was once a freak. Her debut fiction feature as a director Freak Show takes her back to her old school days, when she was too scared to march down the building corridors, in what she described as the “walk of shame”. That’s because her schoolmates would taunt and call her “scarface”, referring to a mark left by a lorry accident at the age of three. Freak Show tells a story parallel to Trudy’s own predicament.

Based on the novel by James St. James, the story follows Billy Bloom (Alex Lawther), a cross-dressing teen who studies in a high school in some American red state. Everyone despises him just because he looks like different. Following a bullying episode, Billy gets seriously wounded and needs to be hospitalised. His parents are divorced and he lives with his wealthy father. His affection towards his mother is bigger than towards his father, yet she is not present. When Muv (Bette Midler) does come back, a long time after Billy was in hospital, she will not rescue him. Muv has her own issues and she cannot be a devoted mother. 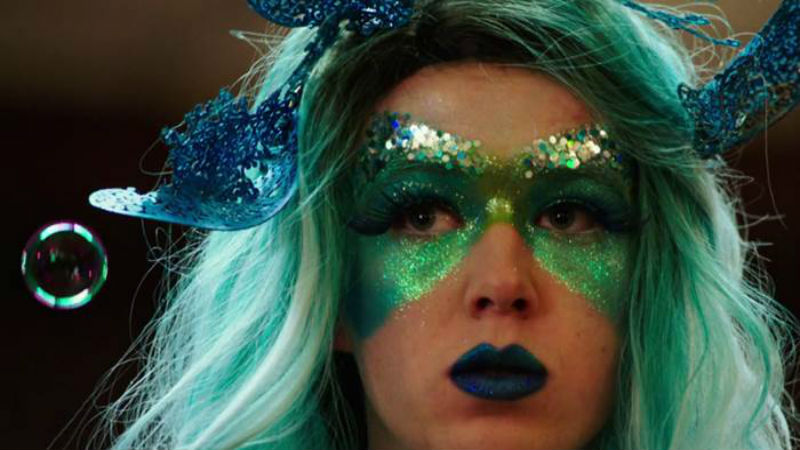 Billy is naturally gifted and clever. He loves irony, just like his favourite writer Oscar Wilde, who was jailed from 1895 to 1897 for gross indecency with men. Billy is in love with Flip, a popular and presumably straight guy in school. He welcomes the friendship, in an apparent bid to gain access to the mansion where Billy lives, which is dotted with art pieces. Flip is a sportsman but deep inside he wants to be an artist. He can’t, though, as that means disappointing his father.

Freak Show isn’t aimed at LGBT people, but instead at young people as a whole. It’s more about parenting than equality rights. It’s about identity too, and there is nothing more genuine than a youngster searching for his individuality. Billy’s identity is at risk. But Billy is determined to be who he is. He refuses to stop wearing his outlandish outfits, even when he’s at his nadir. He goes wild and decides to run for Homecoming Queen, a contest exclusively for girls.

Flip’s sexual identity is also at stake. Can he be friends with a queer? His girlfriend does not seem to approve of the friendship. Meanwhile, Billy’s father is trying to understand and to accept his son, although he struggles to understand the meaning of cross-dressing. 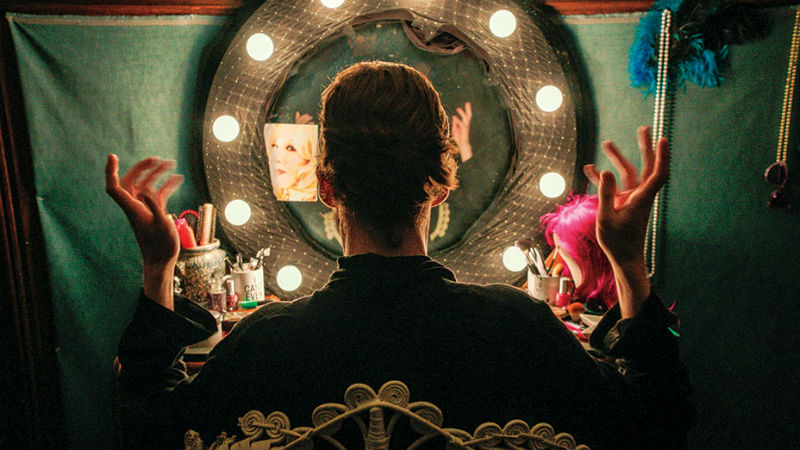 Freak Show excels in costume design. Designers Colleen Atwood and Sarah Laux got the right balance between the gaudy and the luxurious. Billy’s outfits are somewhere of Priscilla Queen of The Desert (Stephan Elliott, 1994) and Marie Antoinette (Sofia Coppola, 2006).

But what’s the use of costume if there is no one to strut around with pride? Alex Lawther nails it. He understands the depths of his character very well. Billy is in almost every scene. Without him, Freak Show would be freaky indeed. This is not Lawther’s first role as a gay man, he was also the protagonist of the Franco-British Departure (Andrew Steggall, 2016).

Freak Show showed at the Rome International Film Festival, attended by Trudie herself (who happens to be married to Sting) in 2017, when this piece was originally written. The film is out in UK cinemas on Friday, June 22nd, and then out on VoD on Monday, July 2nd.

One thought on “Freak Show”