Brazilians are expressive, colourful and gregarious by nature. Homosexuals embracing Camp in this movie lend these characteristics an yet more vivacious and boisterous outlook. In other words, this is Brazil in a leopard print leotard. Body Electric takes an intimate look at a racially and sexually diverse LGBT group living in São Paulo, revealing their high spirits, joy and exuberant sexuality, and how they find comedy in every day ennui.

Elias (Kelner Macêdo) is a very good-looking 23-year-old working working as an assistant manager in small clothes factory. He’s very popular with other members of staff, and he often cross the work boundaries (something Brazilians are particularly good at!) to develop a more intimate relationship with some of his subordinates. He has recently broken up with the older and wealthier Arthur (Ronaldo Serruya), but the two still enjoy the occasional shag. Elias seem to incorporate the sexual liberation lifestyle, that many people in Britain associate with Brazil. 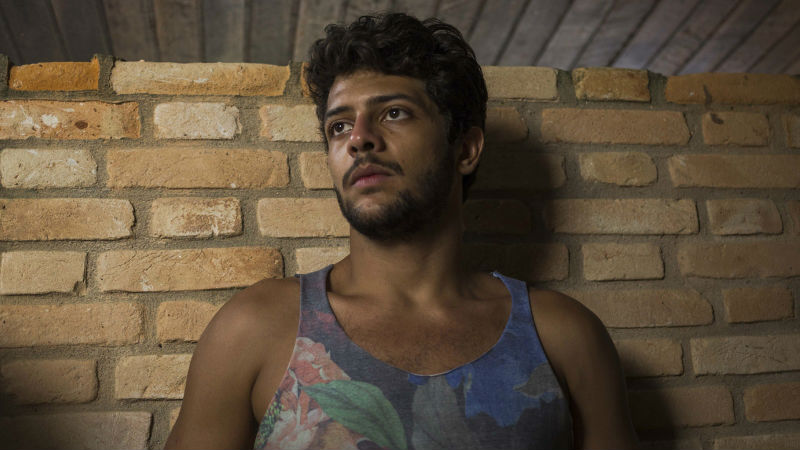 The movie is populated with Brazilian Camp, and this is extremely difficult to translate. Camp is performatic, theatrical, so it’s already a subversion of language per se. Adding another another layer of subversion (the translation into a foreign language) is complex and problematic – I’m a Brazilian gay man myself, so I have been faced with this problem for 20 years, since I moved to the UK. For example, gay men often speak about themselves and refer to each with feminine adjectives, and that doesn’t work in English. The highly nasalised tone is more universal, as are the wigs, the heels and the outfits. In other words, there are plenty of elements which will enable you to relate to the film.

The camerawork in the movie is mostly static and dark. In the sex sequences, it’s difficult to make out exactly what’s happening. It’s almost as if the first-time director Marcelo Caetano wanted to tone the Camp, and keep a distance, so it doesn’t come across as vulgar and tawdry. The result is a convincing, realistic portrayal of small group of young people of all genders (masculine, feminine plus everything in between) and origins (Elias is from impoverished state of Paraíba in the country’s Northeast, while a co-worker is a Black man from Guinea-Bissau, and so on). 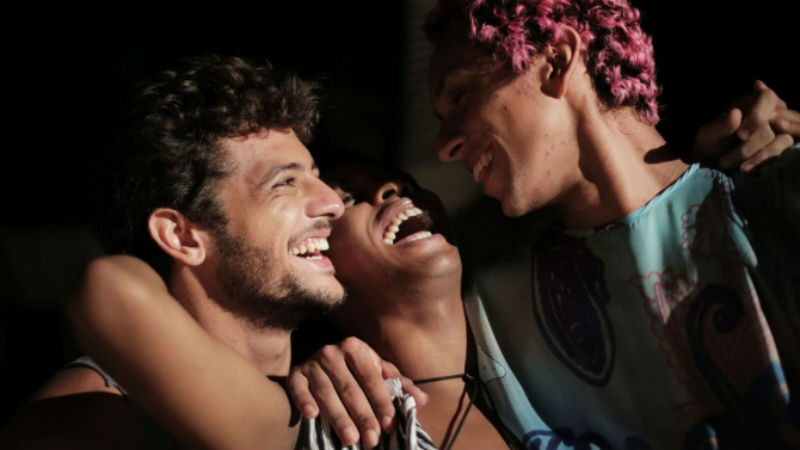 The film narrative is mostly observational and flat, and there is no climax, which could come as a disappointment to those searching for a fast-paced, action-packed LGBT adventure.

It’s crucial to remember, however, that this film represents a niche group, and Brazilians in general do not have such a libertarian attitude towards sex. Contrary to general belief and clichés, the average Brazilian is far more conservative and prudish.

Beyoncé is far more than a pop star to these Brazilians queueing for two months to see their idol: she's an instrument for personal liberation in more ways than you can imagine - from Fringe! Queer Film Fest [Read More...]