John’s on top of the world!

John Bleasdale reports live from the 12th edition of the Tromsø International Film Festival, the coldest and the northernmost film festival in the world; check out the dirty gems that he has unearthed so far!

Tiff in Norway means something different to the rest of the world. Here it’s not the gang busting maxi-program and perennial Venice-bothering Toronto, but rather the Tromsø International Film Festival. The northernmost. To be fair here, we’re in the Arctic Circle and pretty much everything is the northernmost. The Burger King at the airport – further north than the one in town – the clothes shop; the Porsche dealership. I am now the northernmost film critic for DMovies.

Coming as the latest major film festival in the cycle – which steps up again with Berlin in February – the major competition is dominated by titles that have either already screened at a major festival or have just come out to qualify for Oscar contention. But it is a great chance to pick up some titles I’ve not had the opportunity to see.

So it was great to catch up with Ti West’s Pearl (2022) which I’d missed out on in Venice. X (Wes, 2022) had been a fine if somewhat dry pastiche of ’70s horror whose major trick was not being The Texas Chainsaw Massacre (Tobe Hooper, 1976). Pearl is vastly superior. It’s rare to see a horror film driven almost entirely by a character study. Mia Goth – who co-wrote the screenplay with West – delivers a masterclass. At once a childlike naïf, a victim to a dominating mother, the neglected war bride, and the starry-eyed dreamer a la Mia Farrow in The Purple Rose of Cairo (Woody Allen, 1985), her Pearl is only gradually revealed to be something genuinely terrifying. Few are the films that manage to contain their best scares in a five minute monologue. But neither do we lose sight of the fact that as frightening as it is to be faced with someone like Pearl, it’s just as scary and far more agonizing to be Pearl. Someone once said, beware of unhappy men. Ditto: sorrowful young women. 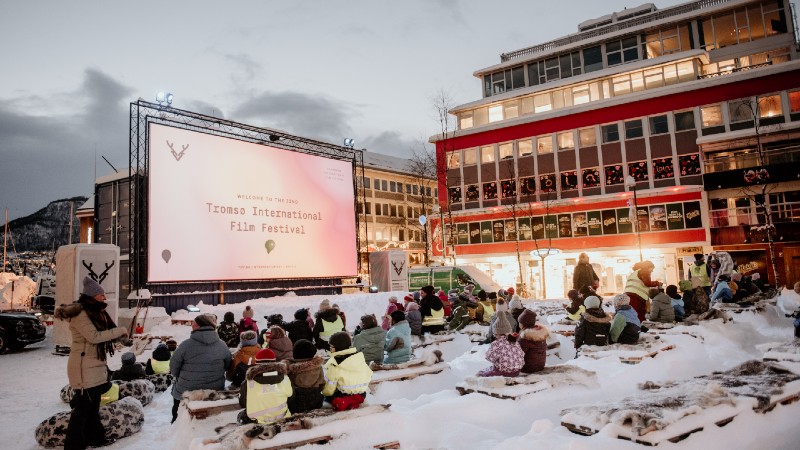 Speaking of sorrowful women: Sarah Polley’s Women Talking (2022) takes an interesting Brechtian take on the #MeToo movement. An all-star cast featuring Mara Rooney, Claire Foy, Jesse Buckley and Frances McDormand are the women in a religious community debating whether to forgive their rapists, leave the colony or stay and fight. Ben Wishaw plays the one good man, a school teacher gnawed by unrequited love for Rooney’s otherworldly spinster. It is a tricky film. Fully aware of how it will be received and how it will be framed. Women yapping away. “A bit one sided”, as Alan Partridge’s review of television series The Handmaid’s Tale read. The film is a mirror not so much of society, but of the viewer as well, distorting itself depending on who is viewing it. Will you feel solidarity, or exasperation? And I found myself wondering about the possibility of Ben Wishaws’s character not quite being as good as he appears. It is a tantalisingly dark and cynical interpretation which the film dangles before us. It is witty and clever and had me. With this and the criminally underseen She Said (Maria Schrader, 2022), cinema is catching up on a movement, which was born largely out of its own culpability.

Opening the Films from the North section, Asa Hjorleifsdottir’s Letter from Helga (2022) recounts the story of Bjarni and Helga, played respectively by Thor Kristjansson and Hera Hilmar. He’s married to a woman traumatised by a miscarriage and she’s married to a carouser who spends a lot of the time in the east, horse-dealing and she suspects dandying about with other women. The two are already friendly being members of the local book club, but as rumors begin to circulate about the nature of their relationship, they figure: why not? The smoke causes the fire. A sheep dipping is the inciting event and before you know they’re tupping alongside the rams and the ewes. Things do not run smoothly. But the passion is often too enacted to be believable. Bjarni has a tendency to jump into freezing water whenever he’s too hot and bothered. An Icelandic cold shower of sorts. And ultimately there’s an imbalance as it becomes apparent that Helga is better off without his tedious whinging. Being Iceland, the film looks amazing, but there’s a danger with having such a beautiful landscape so ready to hand. The beauty can have a deadening effect on the drama.

John Bleasdale is pictured at the top of this diary entry; image in the middle by Daniel Skog

Two young women from Norway find intimacy and comfort... on a chair!!! Unabashedly slow movie is out on Monday, january 30th [Read More...]