Entirely filmed in sharp black and white, Werner Schumann’s third feature film transports us into the bumpy lives of four musicians in the Southern Brazilian city of Curitiba. Their trials and tribulations are interspersed with the performances of the titular chorus, weaving personal pains and alimonies with the experience of delivering music with hands and with your lungs. These acts are filled with passion and hate, much like the predicament of our protagonists.

Our lead Antonia (Silvia Monteiro; pictured above and below) is a middle-aged choir singer. She is divorced, lonely and desperately searching for a purpose in her life. Something to replace the booze and the cigarette almost inevitably glued to her hand. The orchestra conductor Paulo (Emanuel Martinez) has to juggle his career aspirations with his very frail and ailing mother in hospital. Her consistently deteriorating health offers him little respite. Salomão Benner (Paulo Barato) too finds little pleasure in his private life, instead devoting his joie-of-vivre to his vocal cords. Francisca is a young woman with suicidal thoughts (and likely a string of underlying mental health issues), and classic music becomes her main venting outlet

The Chorus exposes the struggle between the individual and the collective. A choir can only sing in unison, with intricate attention to every detail of the collective performance. Individual lives are not much different. We too are reliant and even defined by our interactions with our loved ones, with our foes, and with strangers. This is a movie that opens with soliloquy of love and hate, a device repeated throughout the 96-minute narrative. It’s as if the director was telling us that our lonely cries are futile unless someone can hear them. It also helps if these cries are accompanied by harmonious music. 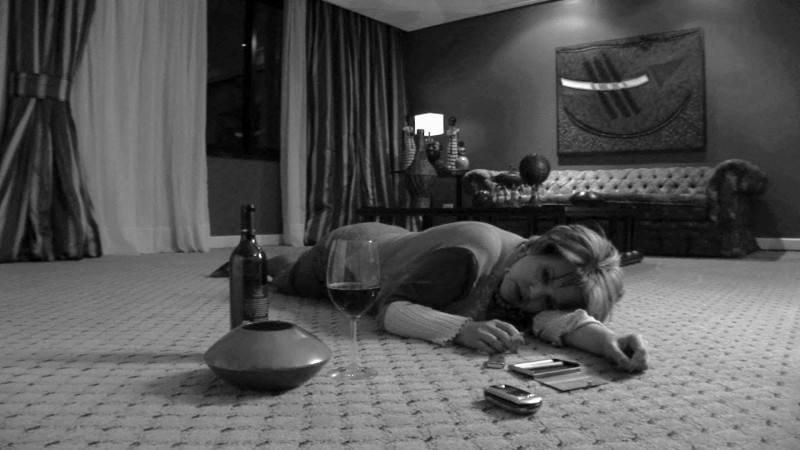 Blending music, monologue and conversation to very fine, balanced results, The Chorus is a delightful film to watch and to listen. This is a movie with music at its very heart. Our characters sing, listen to music at home and dance at the local jazz bar. An impromptu rendition of 19th century Brazilian classic Quem Sabe takes place in the intimacy of the home. The lyrics “so far from me distant, where are my thoughts going” suggest that music foreshadows and anticipates our primal urges. In other words: the sing before we think. It is music that defines where our mind travels, and which path we take in life. Virtually the entire soundtrack is diegetic, performed by the real-life conductor Martinez. I would hazard a guess the other leads are also real-life musicians.

The fragile balance that our four protagonist have found in music eventually collapses. Antonia has a cathartic breakdown just before the performance begins. She bemoans the lack of movement in the choir, as well as the fact that it is always men who are in charge and the ones “who go first”. She eventually finds redemption in a rent boy whom she picks up on the streets. The other characters also encounter encounter very personal and often unorthodox ways of reaching some closure. Francisca seeks a male companion in a night club, the quest for a man being the apparent panacea for both female leads. Salomão resorts to a desperate phone call abroad as he waits for a mysterious man called Mr Beckett. Paulo strives for a vicarious salvation by assisting his mother as she succumbs to an unidentified condition. Will music once again come to their rescue as our characters fall into the trappings that they created with their own hands?

Watch The Chorus now on Amazon Prime by clicking here.