"Dirty gem"
Metatextual documentary investigates the impact that documentaries have on their subjects, and the revelations are sobering - in selected cinemas on Friday, February 17th

Most of us have watched more documentaries than ever in the past two decades. The movie genre has grown expressively after box office hits such as Bowling for Columbine (Michael Moore, 2002), An Inconvenient Truth (Devis Guggenheim, 2006) and March of the Penguins (Luc Jacquet, 2006) hit movie theatres across the globe, drawing crowds not used to seeing documentary to the silver screen. Subject reveals that these films and many others made eight of even nine-digit profit, in whats is hailed as the “golden era” of documentary.

Documentary has the power to heal, and to promote social and political change, Camilla Hall and Jennifer Tiexiera’s film briefly acknowledges. The main point that this movie wishes to make, however, is that documentary can also cause hurt and pain on its subjects, on the crew and even on its very maker (the documentarist). That’s because there is no framework for ethical documentary-making, and filmmakers have little regard for the impact that their creation may have on its subjects, particularly in the long term. This American movie successfully raises pertinent questions about the consequences of making a film about real people being themselves, and talking about their real-life experiences.

Jesse Friedman of Capturing the Friedman (Andrew Jarecki, 2003) is the movie’s most prominent subject. The child abuse documentary haunts him to this very day, despite the alleged abuse (which Jesse now denies) taking place four decades earlier. His wife poignantly asserts: “the cost of being a subject, that has been Jesse’s entire adult life”, only to make a heartbreaking revelation. Documentary television miniseries Staircase is another such example, with a leading character describing the pain she experiences every time she sees her family on it (the series is now available worldwide on Netflix). And it isn’t always unethical and duplicitous filmmakers with very unorthodox elicitation techniques that can hurt their subjects. Even inspiring and well-intentioned films such as the classic Hoop Dreams (Steve James, 1994) have unwittingly embarrassed the people portrayed in the movie.

The crew of a documentary too can face long-term, tragic consequences. Ahmed Hassan, DOP of The Square (Jehane Noujaim, 2013) had to leave Egypt because of the politically inflammatory content of the movie, which investigates the ramifications of the Arab Spring in the African nation. He recognises that the movie was a necessary denunciation tool, however he did not anticipate that it could be used as a weapon against him. His mother tells him never to come back to Egypt. He reveals that his financial situation has forced him to sell his camera. He is now a nationless and cameraless cinematographer. Even the filmmaker can suffer if they have a connection to their subjects: Bing Liu, who made Minding the Gap (2018) confesses that his relationship with his mother became strained after the filmmaking experience. 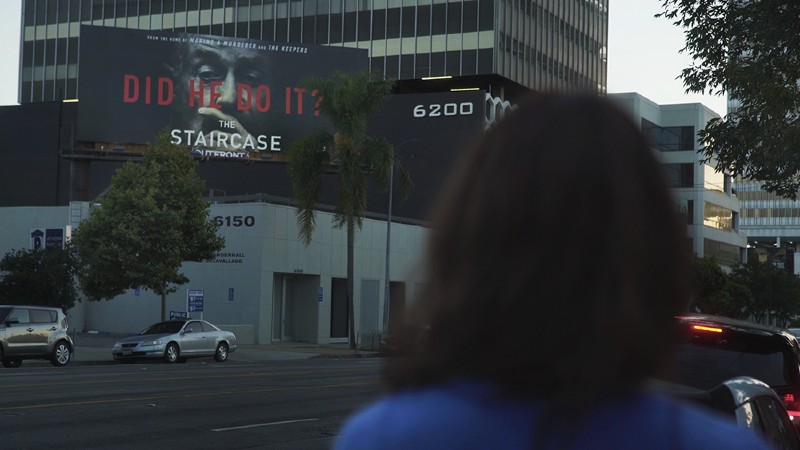 The film seeks to answer many fundamental questions about the ethics of documentary, including whether subjects should receive remuneration. Guggenheim says that he has never paid any of his subjects, and he seems without remorse. But other interviewees hold the view that subjects should get paid, particularly those living in poverty and struggling to make ends meet. I am a filmmaker myself, and I have indeed paid my impoverished subjects, however I believe that this should not extend to those with the means to make a decent living. Such practice could be tantamount to bribing, and this would inevitably distort the authenticity of documentary.

The decolonisation of documentary is also a central pillar. The very roots of documentary are colonialist, such as with the primal documentary Nanook of the North (Robert J. Flaherty, 1922). It is necessary to move away from the notion of the white man helicoptering into the heart of a non-white community, and exoticising it with his camera. It is revealed that a number of modern-day documentarists are empowering their subjects by giving them the camera and the power to control it. An interviewee claims: “this not about only getting white people to make films about white people”. Instead, Subject suggests that there should be more emphasis on complicity, sympathy and respect.

Ironically, The Subject will also have a somewhat undesirable effect: it will cause viewers to see or even to revisit some of the documentaries in question, particularly those that have caused their subjects to suffer. Naturally we cannot blame the filmmakers for this inevitable outcome, but instead viewers’ intrinsic schadenfreude, morbid curiosity and voyeurism. These sentiments are in the very essence of filmmaking.

Subject, however, does have a distinguished shortcoming. It is just too American-centric. There is barely the mention of a non-American, non-English language documentary (The Square is an American-Egyptian film). Despite briefly investigating the history of documentary, the film never acknowledges the the prominent role of Britain in the creation of such practices. Netflix and HBO are repeatedly mentioned, yet the BBC, a corporation synonymous with documentary, is nowhere to be seen. Foreign-language documentaries are only mentioned in passing. Very peculiar for a film proposing that documentaries should be decolonised.

Subject is selected in cinemas on Friday, February, 17th.

British documentarist invites strangers into his house and captures the ensuing moments of both awkwardness and solidarity - in cinemas on Friday, June 25th [Read More...]

Two Afro-American teens dream of becoming professional basketball players, but the sport has many surprises (both good and bad) in store for them - now on Mubi [Read More...]