More Than Ever (Plus Que Jamais)

"Greasy movie"
Vicky Krieps shines as a vivacious young woman stricken with a very aggressive and fatal disease, in French drama also starring the late Gaspard Ulliel (himself the victim of a shocking, real-life death) - on BFI Player on Monday, January 30th

The thought of death might just be the most morbid realisation that a person can have, and having the decision of when this will be is surely the most difficult decision any person would have to make. But does having the choice to live or die also offer the ability to empower a person? Would you want to have your own life in the palm of your hand, just like that? Emily Atef’s More Than Ever explores the life of a severely ill woman who must come to terms with her own mortality, hoping to drift away on her accord without suffering and having to deal with the painstaking mystery of possible success – and as the old saying goes “it’s the hope that inevitably kills you.”

Vicky Krieps is a red-hot name in the acting world, especially after her star-gazing performance in the recent Corsage (Marie Kreutzer, 2021). Krieps once again wows as Hélène, a woman who has become broken and disheartened about the rare lung disease that afflicts her and will probably steal the life that she loves, right away. She is a shell of her former self; dishevelled and unkempt while forcing a brave face for the sake of the people around her. One of those caring characters in Hélène’s life is her concerned husband Mathieu (played by Gaspard Ulliel in what was the penultimate film before his shocking death due to a skiing accident) who wants his wife to be more positive and jovial regardless of the situation, something that is easier said than done, of course.

Hélène takes comfort in reading blogs on the internet, particularly the wordless collage of pictures posted by the mysterious Mister aka Bent (Bjørn Floberg), a Norwegian man who is stricken with his own great ailment. It is in their interactions that Hélène takes the bull by the horns and decides to live the rest of her dying days by travelling to Norway and experiencing life at its tranquil best, much to the annoyance of Mathieu. But one must allow themselves to spread their wings, even if those wings are on the verge of collapsing.

The agonising pain that Hélène must endure is a difficult watch, as she struggles with the simplest of tasks: walking, breathing, making raunchy love to her adoring husband (yes, it gets a bit hot and heavy at times and completely out of the blue). You hear every gasp and every whimper, each movement that claws at the ground searching for support to aid her ailing body. The inner angst and this feeling of being trapped are often guided by some skilled cinematography; extreme close-ups that highlight the sadness in this woman’s eyes, or brilliantly crafted dream-like sequences that represent the calmness of these end-of-days. 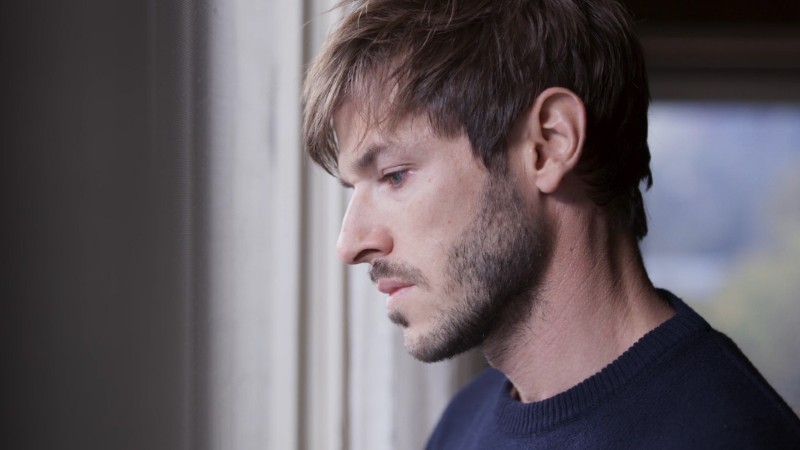 The connections that envelope the film are authentic and supremely heart-warming at times. Bent and Hélène construct a relationship that is built on trust and loneliness, and the sickness that inflicts them both; the peaceful serenity and acceptance that their adventures are hitting a climax, bonds them to the core – it is extremely despondent but beautiful at the same time. The peculiar Bent not only opens his doors to Hélène but his heart, as he retells his life and the situation that has forced him to stay in this gorgeous place that he calls home – being haunted by past traumas is far worse than any terminal illness it seems.

The film is death-obsessed though, to the point that it becomes a little tiresome, but what might be the biggest pitfall is how repetitive it often feels. You are taken on a ride of circular motion, with specific scenes repeating themselves; breathing attack after breathing attack, set up in the exact same way, at which point, the magnitude of the situation becomes less and less meaningful. But speaking of circles, this couple talks about nothing else apart from the bleak situation that surrounds them, with conversations also becoming trapped in this circular cyclone of tediousness. Then add to that fire with the unexplained disappearance of the host from his home, which turned into another example of the glaring inconsistencies that litter the film.

If you’re one of those people interested in the stark realisations of life and death with all of its intricate details, then this film, with its emotional take on a grim topic, is a subtle and most enjoyable experience. But it is the acting and the characters that hold this film together and take it on a journey to the heavens, an adventure that it almost completes on broken wings as well.

More Than Ever is in cinemas on Friday, January 20th. On BFI Player on Monday, January 30th