Seventeen-year-old Lucas (Paul Kircher) lives with his family in a small town somewhere in rural France. The high school boy (incidentally, that’s the literal translation of the French film title Le Lycéen) has a very close relationship to his father (Christophe Honoré). His elderly provides him with useful life advice during a car journey that nearly ends in an accident. It comes as a shock to Lucas, his brother Quentin (Vincent Lacoste) and his mother Isabelle (Juliette Binoche) that the man would be fatally injured in yet another car crash shortly after the first one. The tragedy leaves the three people in emotional ruin, with each one of them resorting to very different coping mechanisms. While the mother suffers mostly in silence and alone on her bed (she later confesses that she blames her late husband for “leaving” her), Quentin resumes his life as normal in Paris, and Lucas moves to the French capital in order to to live with his brother and his friend flatmate Lilio for a while. But the City of Lights has a few surprises in store for him.

The Paris trip turns into a purgative experience. The beautiful and vaguely androgynous young man (Kircker looks like a slightly younger Timothée Chalamet, as in Luca Guadagnino’s 2017 Call Me By Your Name) engages in anonymous sex with another male of around his age. He tries to kiss Lilio: he is older, far more experienced and also happens to be a rent boy. Lucas even attempts to give prostitution a go, actively approaching one of Lilio’s clients. Quention eventually finds out about his younger brother’s misadventures and sends his back to live with their mother in the relative safety of their native small town. But is Lucas ready to return to his previous existence without exorcising all of his demons one by one, and in the most absurd and unorthodox ways? Lucas’s following action will bring yet more suffering to the small family, still recovering from the father’s very recent passing. 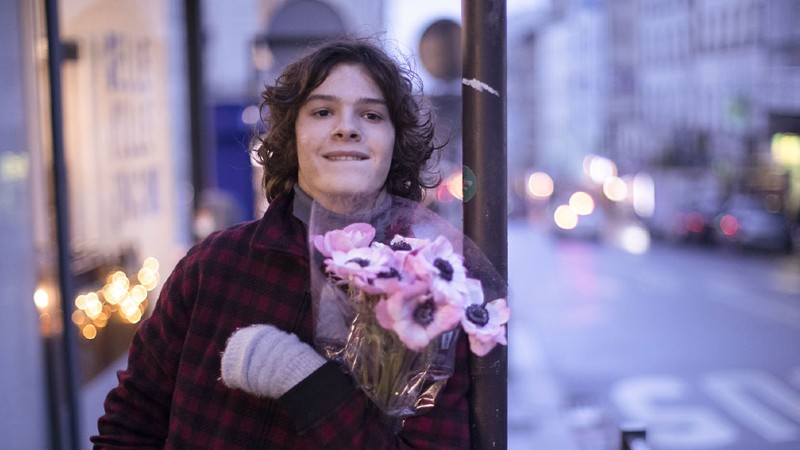 Sex and death become dangerously intertwined more times than one in Winter Boy. Our young protagonist experiments with his sexuality while also juggling with his own mortality.He suspects that the old man may have taken his own life. At times, it seems like he wishes to follow his father. Despite being set in present-day France (people wear masks, discuss Éric Zemmour, fascism and xenophobia), Winter Boy has been consistently described as Christophe Honoré’s most autobiographical film to date. I presume that the director lost his father at the same tender age as Lucas, and that he too discovered his sexuality in a turbulent fashion (I just imagine being openly gay wasn’t as widely accepted 35 years ago as it is now). The fact that the director plays the father himself and dedicates the film to him adds an extra layer of authenticity to the story. Plus the movie is interspersed with a confessional Lucas talking directly to the camera, breaking the fourth wall, in talking heads style. A tasteful blend of fiction and autobiographic documentary. Indeed Winter Boy often feels like a biopic.

Despite the gloomy topics, Winter Boy isn’t all doom and gloom. It is Infused with diegetic music, including various characters playing the guitar, singing in italian and in a karaoke. This mostly upbeat soundtrack includes blends indie with French chanson. A eclectic soundtrack is a trademark of Honoré, with music often becoming a character per se in his films. All in all, an enjoyable little movie.

Winter Boy showed in the Official Competition of the 70th San Sebastian International Film Festival, when this piece was originally written. It premieres in the UK in October as part of the BFI London Film Festival.