"Greasy movie"
French director's latest LGBT drama is profoundly personal and not without touching moments, but it's also idiosyncratic and riddled with references and namedropping - in cinemas Friday, March 22nd, and then on VoD on Sunday, March 31st

This a gay film in every conceivable way: the director, the story, the soundtrack, the sensuality and the sensibility. Christophe Honoré has a crafted what’s perhaps his most personal movie to date, and the action takes place in 1993. While realistic and convincing enough, the story also gets too idiosyncratic. Honoré was 23 years of age at the time that the film takes place. So I would hazard a guess that the film contains a lot of biographical elements. The reviewer writing this piece also happens to be a gay man who began experimenting with his sexuality in the 1990s, and this is a movie that didn’t move too much. 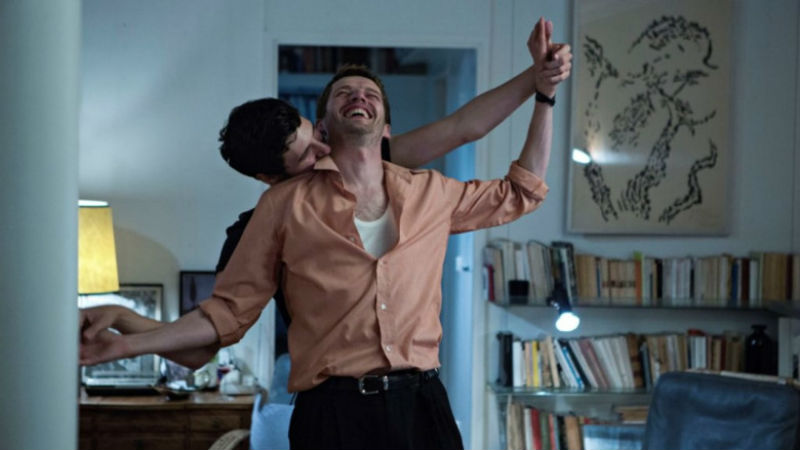 Sorry, Angel (a very free translation of a film title that actually means roughly “pleasing, loving and running fast”) Jacques (Pierre de Deladonchamps, which was catapulted to fame with Alain Guiraudie’s LGBT sexual thriller Stranger by the Lake, 2013) is a famous gay writer in his mid 30s. He has so many lovers that at first I thought that the actor was playing multiple characters. Of course there’s nothing wrong with that. As a 39-year-old gay man, I’ve also been around the block. The problem is that the stories don’t really fit together, and the film at times feels a little disjointed. Jacques also has a child, a boy called Loulou. Loulou’s mother, who is also a close friend, explains why Jacques has so many narrative strands in his life: “he keeps it all compartmentalised”.

His lovers are all young and good-looking, and the film has plenty of eye-candy and sensual moments. These sequences feel neither vulgar nor exploitative. HIV is also a central topic. Jacques carries the virus, and we witness the tragic death of one of his lovers to then almost invariably deadly bug. Activist group ACT UP is mentioned a couple of times, which may ring bells with those who recently watched 120 BPM (Robin Campillo, 2017). Some of scenes are awkwardly touching, as the director successfully blends sex and convalescence. In two central sequences, a healthy lover seeks to give pleasure to his dying partner. 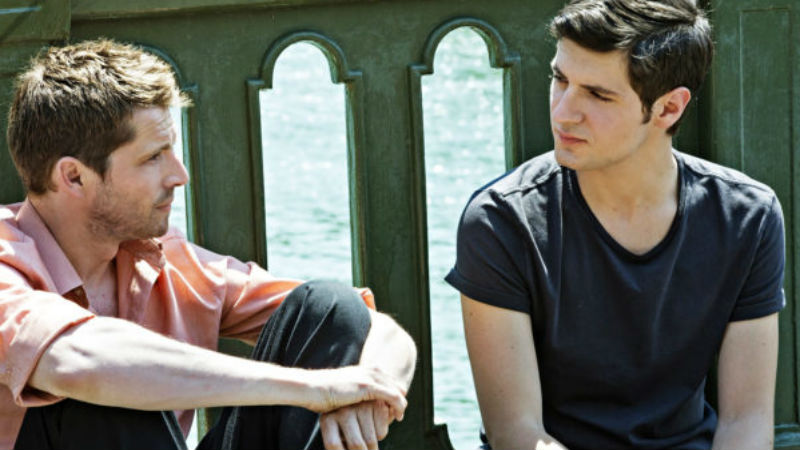 Another problem is that the film gets a little diluted in the intertext. There are way too many references to other films and French literature. Jacques allocates his various lovers to categories named after French writers, but I doubt that anyone will be able to follow this bizarre taxonomy. You might feel a little lost in translation.

The soundtrack is perhaps the most upbeat and effective element. Most of the diegetic and the non-diegetic tracks were taken from the 1990s. Lovely songs punctuate the narrative and provide a very nice perfect touch to some of the most important moments. Characters connect with their inner selves and others around them with music: in bed, dancing in the neighbour’s lounge or inside the car. Highlights include Massive Attack, the Cocteau Twins, Astrud Gilberto singing The Shadow of Your Smile, and a couple of chanson songs I couldn’t recognise.

Sorry Angel was in the Official Competition of the 71st Cannes Film Festival, when this piece was originally written. It’s out in cinemas across the UK on Friday, March 22nd. Out on VoD on Sunday, March 31st.