"Filthy genius movie"
This modern take on Death in Venice is an emotional, rapturous and sensual queer love story taking place in northern Italy, and it immediately stole the heart of the audience at Sundance - in cinemas

Luca Guadagnino (A Bigger Splash, 2016) has just twisted Death in Venice (Luchino Visconti, 1971) and he has the right to do so. Times have changed. A queer movie can be treated as a universal love story. Call Me by Your Name was praised by public and the critics at 2017 Sundance Film Festival.

In the summer of 1983 in northern Italy, Elio Perlman (Timothée Chalamet), a 17-year-old boy, is about to receive a guest in his aristocratic house. He is lending his bed to Oliver (Armie Hammer), a 24-year-old American scholar who has some work to do with Elio’s father (Michael Stuhlbarg), a professor specialising in Greco-Roman culture. Elio and Oliver will share the same toilet as well as a desire for each other. 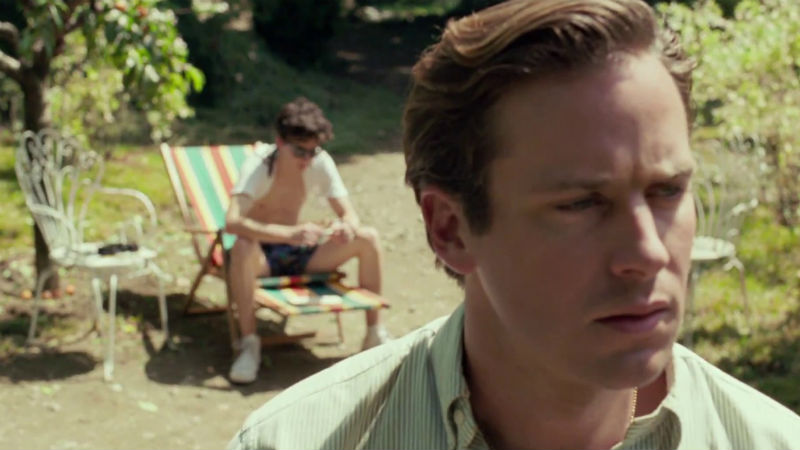 Just like in Visconti’s masterpiece, the story begins when a foreigner comes to the Italian territory. In Call me By Your Name, though, it is the young guy who invests in the more mature gay professor. Elio is a talented musician who hasn’t been yet tortured by fame and perfection – as Dirk Bogart, a music composer, has in the earlier movie. Elio follows Oliver not throughout the Venetian canals, but in the spiral and labyrinthic building he lives in. Elio is sick: his nose bleeds. Maybe there is death on its way, too.

The image of Venus, the goddess of love, is present in both films. In Visconti’s film, the young and androgynous teenager Tadzio, is portrayed as a statue in the sunset by the sea; in Guadagnino’s feature the statue of Venus emerges from the deep waters. Another Venus appears on the slides Oliver is analysing for an academic paper.

The Venus stands not just for love, but for beauty and lust. Elio’s hormones are at their peak. When he cannot have Oliver, he goes for his girlfriend Marzia (Esther Garrel). Love and lust are the motivations for our main characters. They both forget about their Apollonian personalities as a musician and a scholar and instead reveal their Dionysian persona. The outcome is a stunningly sensual relationship. 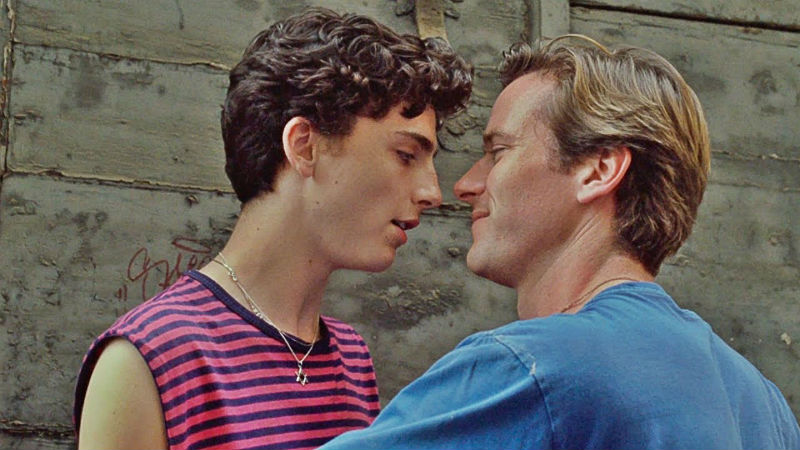 Guadagnino’s films have often been criticised in his country. Sometimes critics say they are not Italian enough, for Guadagnino has often worked with English-speaking actors. His first film (The Protagonists, 1999) had Tilda Swinton as the lead. Some believe that he portrays Italians in a sterotypical way, which is gesticulating a lot and quarrelling for trivial reasons. Here Guadagnino presents an atypical patriarch, which embraces the homosexuality of a son.

Call Me by Your Name brought to Sundance a delicate and emotional story, to an audience used to search lovers on dating sites. This is when this piece was originally written. It’s out in UK cinemas on Friday, October 27th.

Call Me by Your Name is in our top 10 dirtiest movies of 2017 – click here for more information.