When his car breaks down on the way back from a wedding, Glen (Mad Men’s Vincent Kartheiser) spends the night in the home of a somewhat unorthodox married couple (Chelsea Lopez and Bob Stephenson). Meanwhile a politician (Chris Gartin) is keeping his pregnant mistress (Rainey Qualley, also in Mad Men) under wraps while running for Senate.

Period drama television series Mad Men proves an apt descriptor for this paranoid potboiler, which swerves wildly from one ridiculous revelation to the next without stopping to ask itself why any of this is happening in the first place. At first contrived, then intriguing and ultimately ludicrous, it has about ten twists too many; a shame considering the genuine audacity of its early rug-pulls.

Director Rob Schroeder attempts the mind-bending sci-fi of John Frankenheimer or Charlie Kaufman (with shades of Danny Boyle’s 2013 Trance added for good measure) and initially succeeds, keeping us on our toes using perplexing jumps in time and constantly shifting perspectives; the film refuses to even settle on a protagonist from one scene to the next. 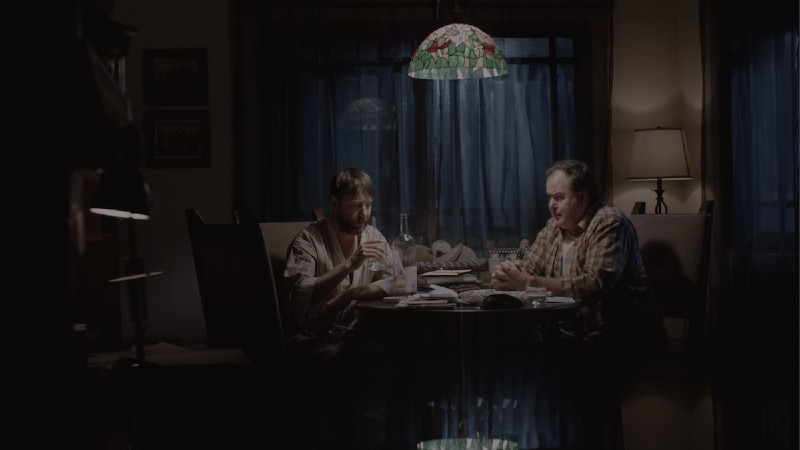 Ultrasound throws the candidate into the mix for what would have been a topical thread about controlling women’s bodies. Sadly this political subplot (and Rainey Qualley, daughter of Andie MacDowell) is all but forgotten, ironic for a film that wants to criticise the sleazy senator for brushing this female character aside.

Like a dodgy politician the movie promises much and achieves very little, falling apart under the slightest scrutiny. A fun ride that contorts and confounds before collapsing, it neglects to consider why its characters have chosen to concoct such a preposterous scheme. That it is based on a graphic novel (Generous Bosom by Conor Stechschulte) explains a lot – or rather, it doesn’t.

Ultrasound has just premiered at FrightFest.