"Greasy movie"
Udo Kier shines as a flamboyant queen in her twilight years in a small American town, in this endearing drama loosely based on a real story - from SXSW

Pat Pitsenbarger (Udo Kier) was a real person the director Todd Stephens’s small hometown of Sandusky. He is described as “the Liberace of Sandusky”. The film, however, is a mostly fictionalised version of the last years of Pitsenbarger’s life. We first meet him in a nursing home. He has had a stroke at some point, but his energy for life is not diminished at all. A fellow resident in the nursing home dies, and in her will, there is a paid provision for him to do her hair and makeup for the funeral, as Pitsenbarger was a hairdresser in his golden years.

Pat revisits all the significant places of his life before he gets to the funeral home. Thematically, it is not dissimilar to David Lynch’s The Straight Story (1999). There is even a glorious scene where Pitsenbarger is driving an electronic wheelchair in the middle of the road, not having a care in the world, decked out in a fedora and a mint-green pantsuit, and puffing away on one of his beloved More cigarettes. 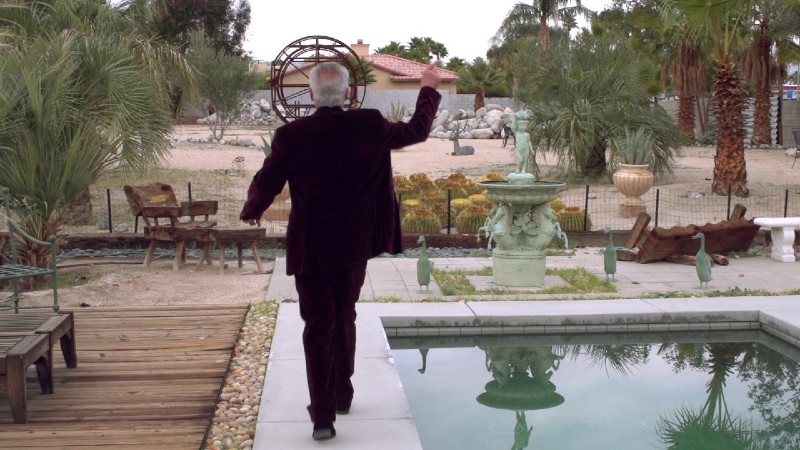 Udo Kier shines – if you had almost any other actor it just wouldn’t work. The flamboyant nature of the role could end up being a caricature in the hands of another actor. Kier has done so many different roles in so many films, but rarely was rarely given a complex lead role such as this. It’s a shame that the film is at times a little too syrupy for its own good, and has an ending you can see coming from the outer reaches of space. It touches on the changing nature of gay culture, with gay bars being on the verge of closing with the advent of hook-up apps. This is a theme Udo certainly can relate to, he was Rainer Werner Fassbinder’s lover when they were both teen street hustlers in the Frankfurt of the 1960s. There is a very telling line that Pitsenbarger utters to an old friend in what seems like the last remaining gay bar in Sandusky: “I wouldn’t even know how to be gay anymore.”

Overall it’s a good showcase for Udo Kier.The movie’s quirkiness is quite endearing, even if it’s far too predictable. The dramatic scenes are effective, especially the one early on in the film where he visits the grave of an old lover whom he lost to Aids. It’s not going to set the world on fire, but Swan Song shows a version of Middle America that rarely appears on screen, far more tolerant than most would expect

There is another film called Swan Song starring Mahershala Ali and Glenn Close coming to Apple TV+ later in this year, so when this comes out, I wouldn’t be surprised if it’s retitled.