"Mostly clean movie"
In Joana Hadjithomas and Khalil Joreige's sweet but – oh, the irony – hardly memorable film, a girl gets to meet her teenage mother, but without any Marty McFly-like complications - French/Canadian/Lebanese co-production premieres at the Berlinale

In Joana Hadjithomas and Khalil Joreige’s Memory Box, shown in the 2021 Berlinale‘s main Competition, girls just wanna have fun and dig up their mothers’ secrets, of course – here bundled up rather neatly into a package that comes by post one day and, as observed by the grumpy grandmother, “would spoil Christmas”. Christmas in Montreal, that is, as that’s where Alex’s (Paloma Vauthier) family lives now, following their escape from war-torn Beirut ages ago.

Grandma might be right, as it hasn’t necessarily been a smooth uprooting: she still refuses to speak French on a daily basis, and Alex’s mother, Maia (Rim Turki), doesn’t really share that much with her teenage daughter. Then again, it might be the perfect excuse for Alex to do what she was specifically instructed not to, meaning opening that Pandora’s box full of old journals and tapes that her mum kept sending to her then best friend when they were both in their teens.

It’s very fitting that One Way or Another by Blondie keeps blasting here, as this girl just won’t budge. Respect for personal privacy be damned: she’s gonna find her mother, one way or another, fully engrossed in these notes and old pictures. And, in her eyes at least, she’s ready to become her new confidante – fascinating, honest and, ultimately, so very similar, with dark locks hair-sprayed into partial submission. “She said she never smoked!” goes Alex’s half-annoyed, half-thrilled summary as she keeps sharing her findings, but soon, an actual story emerges through these little details: that of a passionate first love, obviously, but also of war, which cut her mother’s youth short and has never been discussed at home since. 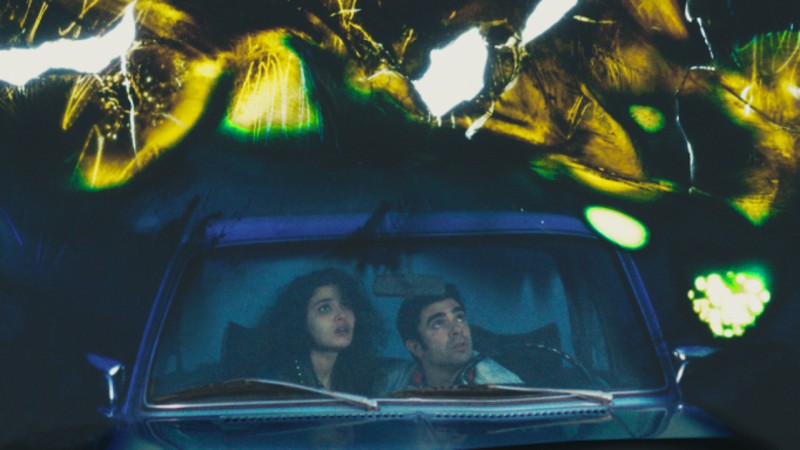 Visually, it’s a very dynamic tale, with the directors leaving personal traces here and there, announcing right from the start that it’s “freely adapted from the correspondence of Joana Hadjithomas 1982-1988” and Joreige’s own photographs. It’s also visually dynamic because Alex is already way into building her own archive, documenting every change in her body or mood (and squirrels) on her smartphone, that “memory box” we all forget we actually have. It’s fun seeing her go from these old photos to her own snaps, the two interacting and coexisting quite happily, with the help of some good, old flashbacks once Maia, too, is allowed to speak up.

But when it’s time to come back to the real world, these head-on, emotional confrontations that the whole thing is supposedly leading up to don’t convince. It’s almost as if the actresses dealt better with everything on their own, just like their characters did for years anyway, and although a therapist would surely disagree, what’s unsaid works much better here than a clear summary of everything that went wrong. Or maybe it’s just that sense of mystery that’s suddenly missing. Perhaps that’s what you get for opening that box.

Memory Box just premiered in Competition at this year’s virtual edition of the Berlinale.