"Dirty gem"
Romanian director Radu Jude holds a mirror up to the audience, and they might not like what they see - from the BFI London Film Festival (GOLDEN BEAR WINNER)

We start with a fairly explicit sex scene, as middle-school teacher Emilia (Katia Pascariu) is in bed with husband Eugen (porn actor Ştefan Steel) doing, well, pretty much what anyone who enjoys sex would do in bed. Marius Panduru’s camera doesn’t shy away, and we would say that the audience won’t avert their eyes from the screen either, although it is rare to see something so graphic, both in terms of the imagery and the lines in Jude’s screenplay. After this sweaty preamble, we see Emilia frantically walking the noisy streets of Bucharest, and we slowly learn (if we hadn’t read the synopsis) that the video taped by Eugen in bed has leaked onto the internet, threatening Emilia’s position in her school.

Jude divides his film into several parts, putting the viewers in Emilia’s shoes and then, in the final part, practically forcing them to become jurors in an obscene tribunal, when dozens of parents, scandalised by watching Emilia’s transgressions online, flock to the school to decide whether she deserves to continue teaching their children. Jude composes a chorus of annoyances, from the busy streets of Bucharest, where people seem to slowly be losing their minds (probably) because of the pandemic, to this final scene where we are reminded very efficiently that “hell is other people” and that we cannot, no matter what we do, escape their judgmental gaze… 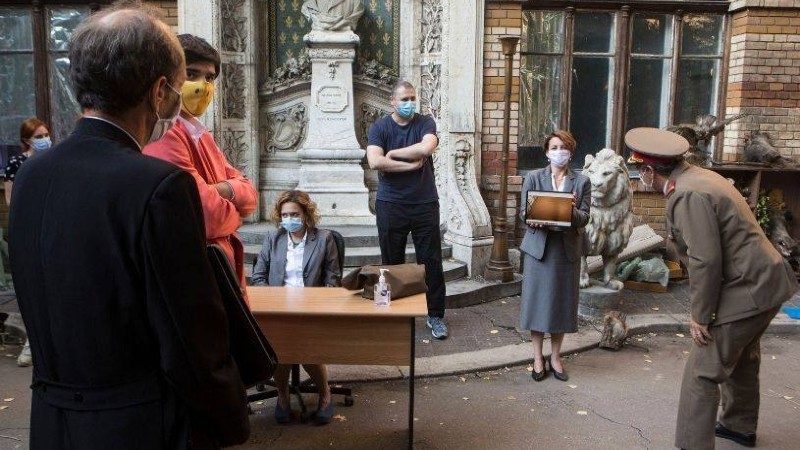 Well, good luck banging on that door, as Jude might say.