"Dirty gem"
The second feature by David Cronenberg's son is a terrifying and psychedelic sci-fi starring Andrea Riseborough, and one of the best films of the year - now also available on Shudder

This is the first new film from Brandon Cronenberg in the better part of a decade, following his debut Antiviral (2012). Given Brandon’s surname, you might guess that he is a part of David Cronenberg’s brood, he is his only son, although Brandon has two sisters. He is also a cinematic heir to the Cronenberg name.

Antiviral is an interesting but ultimately cold and unsatisfying dystopian body-horror flick about selling celebrities’ illnesses to obsessed fans. In Possessor, on the other hand, Brandon Cronenberg bursts out of his father’s shadow and coming into his own as a filmmaker, even if the influence of fathers’ work is still obvious.

Tasya Vos (Andrea Riseborough) is an agent for the shadowy corporation Trematon. She inhabits other people’s bodies through brain-implants so that they can unknowingly commit assassinations on behalf of the corporation. She eventually takes over the body of Colin Tate (Christopher Abbott), who is the boyfriend of the daughter of rival CEO John Parse (Sean Bean). It all escalates into a duel between Colin and Tasya as he tries to regain control of his body.

Much like David Cronenberg’s films, Possessor is set in a Ballardian Toronto, but the action takes place in an alternative 2008, not a future or the present. The opening sequence of extreme violence would be an interesting film in itself. Gabrielle Graham plays a young black woman, Holly, who is working a party at some swanky hotel. She is under the control of Tasya, and stabs a man repeatedly. Tasya is supposed to get Holly to commit suicide, but she can’t go through it. She eventually gets Holly to shoot at the cops, and the cops blow her away. It’s an astute statement about how white wealthy people use black and brown people to do their dirty work and in the end the victims get punished for it. Throughout the film, Tasya seems to be going through extreme levels of stress stemming from this botched job and due to domestic issues with her husband and young son. 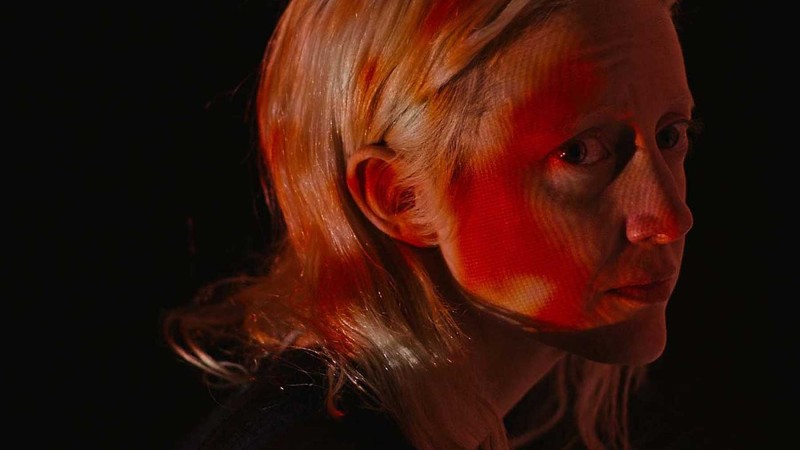 The main body of the film is the battle for control of Colin. It certainly has some shades of Upgrade (Leigh Whannell, 2018), but lacks some of the thrill-ride aspects of that film, instead offering something more hallucinatory. The casting of Andrea Riseborough as the defacto lead Tasya certainly recalls Mandy (Pano Cosmatos, 2018), as does the psychedelic pink colour palette in various sequences, especially the grande finale. Jennifer Jason Leigh plays Tasya’s handler Girder, which also recalls poppa Cronenberg’s eXistenZ (1999), itself is kind of a Philip K. Dickian assassination thriller. Possessor‘s production designer Rupert Lazarus, who cut his teeth in the art department on eXistenZ, is one of the various people who Brandon has inherited from his father’s films. Another is Deirdre Bowen, who has been Cronenberg’s casting director since The Dead Zone (1983), which probably why the film is expertly cast.

Since David Cronenberg left behind the body horror films of his younger years with eXistenZ in 1999 to do crime films, literary adaptations and art-house flare (nothing wrong with that either), it’s good to see the Cronenberg family business injected with new blood. Possessor is the trippy sci-fi/horror movie you’ve been waiting for all year. It doesn’t disappoint with its impressive visuals, strong performances, twists and turns, satire, and a good sprinkling of the old ultra-violence. One of the best films of the year.

Possessor premiered at the BFI London Film Festival in October, when this piece was originally written. On some digital platforms on Friday, November 27th. On Shudder on Thursday, June 10th.