Neither good nor evil!

Eoghan Lyng talks to Cathal Nally about his debut feature BE GOOD OR BE GONE, about two prisoners on temporary release in a very "durty" Irish capital

Irish cinema is seeing burgeoning activity. There are enough stories out there to satisfy the most diverse tastes. Take Animals, an insightful look at revelry from a feverish, female voice; or The Last Right (Aoife Crehan, 2019), a liturgical comedy about life’s union in death; or even Calm With Horses (2020), Nick Rowland’s astonishing portrait of rural, rustic violence. Lenny Abrahamson recently sought to adapt Sally Rooney’s probing novel Normal People for the BBC, while Ciarán Cassidy made Jihad Jane (2019), a tale of two women eager to bring down a seminal Swedish painter, from the corners of County Waterford.

Between these entries also sits Be Good or Be Gone, “Ireland’s answer to Heat (Michael Mann, 1995)”. It follows two petty criminals as they receive a temporary release from prison. At its most basic and essential, the film captures a crooked heartbeat that happens right in the centre of the Irish capital. One of the most exhilarating films of its ilk, it both acknowledges and transcends the blueprint set to them by John Boorman’s The General (1998). Martin Cahill, the most notorious celebrity criminal from the Irish waters, popped up in our interview with director Cathal Nally, 25 years after his mysterious death. Our writer Eoghan Lyng and the helmer also talked about Dublin as a film character, Catholicism, the renaissance of Irish cinema, working with Les Martin and more!

Eoghan Lyng – I think that Be Good or Be Gone is comparable to Michael Mann’s pious masterpiece Heat. Were you influenced by Mann as a director or storyteller?

Cathal Nally – Wow! I would never in a million years put Be Good Or Be Gone in the same sentence as Heat. But, to answer your question, yes, I absolutely loved Heat when it came out and I’ve always admired and enjoyed Mann’s work. In particular both The Last of the Mohicans (1992) and The Insider (1999) but I don’t think there was any conscious thought going on when I was putting Be Good Or Be Gone together in relation to Heat. If I had the same budget I probably would of thrown some Heat in there…

EL – Other have compared your film to Lenny Abrahamson’s excellent Adam & Paul (2005). Would you agree with that particular comparison?

CN – Not really. Don’t get me wrong, I really liked Adam & Paul but our film is very different. I get the comparisons but there’s so much more going on with our film and it is a cross genre film unlike Adam & Paul which is a simple straightforward dark urban drama following two junkies. Be Good Or Be Gone follows two characters too but Ste and Weed are much different. Ste is trying to make good and re-establish his relationship with his partner and child while Weed (although suffering from drug-abuse) genuinely thinks he’s going to become the next Galliano in the fashion world. Perhaps it’s pure fantasy for Weed but in his own way he’s pursuing it. 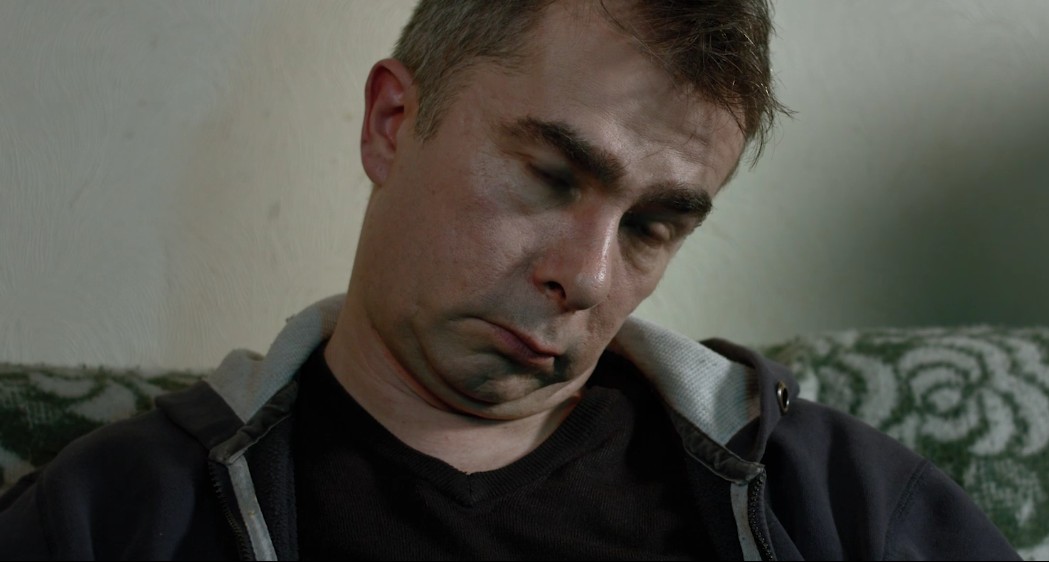 EL – Dublin strikes me as an integral third character. Did you always envision to film it in the Irish capital?

CN – Oh definitely! I always wanted to make good “durty” Dublin tale. I lived there for 14 years and I made several short films (most of which were not set in Dublin) and I just wanted to do one real Dublin street tale. When I first read the script, I thought the characters were so well defined through the dialogue I couldn’t leave it down. Paul Murphy and Les Martin’s dialogue really catches your attention. The dialogue is the best I’ve ever read in any Irish script. Dialogue-wise I honestly don’t think anyone bar Roddy Doyle has written anything close. It’s just spot-on and I wanted my first feature film to have that authenticity. I was very lucky to work with this material. Location-wise the film is mostly exterior and set around flats. We got permission to shoot in O’Devaney’s Gardens by DCC. Those flats are all gone now. They were levelled not long after we shot there. Our film is practically a historical document at this point. So yeah, we really wanted a particular type of Dublin to stand out as a character.

EL – The film opens on the leads seated in their incarcerated habitat. Did you get to shoot this scene in Mount Joy?

CN – No, we didn’t. We built a set in a holding cell at a different location. We also got permission to use the exterior gate of Arbour Hill Prison. That was a funny day of shooting. It’s a working prison and as a result it was very difficult to get clear shots because people were coming and going all the time. I’d say about 50 prison guards came in and out of the gate over the space of two hours. It was just awkward conditions to work in but look, we got it purely for free from the Warden and we were really lucky to get even that. This film was largely assembled through a lot of good will at the end of the day.

EL – Ireland’s most notorious felon, Martin Cahill, holds a shadow over the city from which he made his fortunes. Did his imprints influence the film in any way?

CN – Not directly. Like, his son [Martin Cahill Jr] is an excellent well-known and respected set builder and puppeteer. He was our production designer and props guy. He did some location scouting with Les Martin early on too and gave us some great pointers on where to shoot certain scenes. Also, his daughter played Ellie Mae in the film too. So yes, Martin Cahill did indirectly leave an imprint on our film though his son and granddaughter.

EL – Aching for a more pious path, the two characters embroil themselves further down the route of crime. And yet, the film never loses sight of the spiritual destination. Were you impressed by the liturgical element to the story? 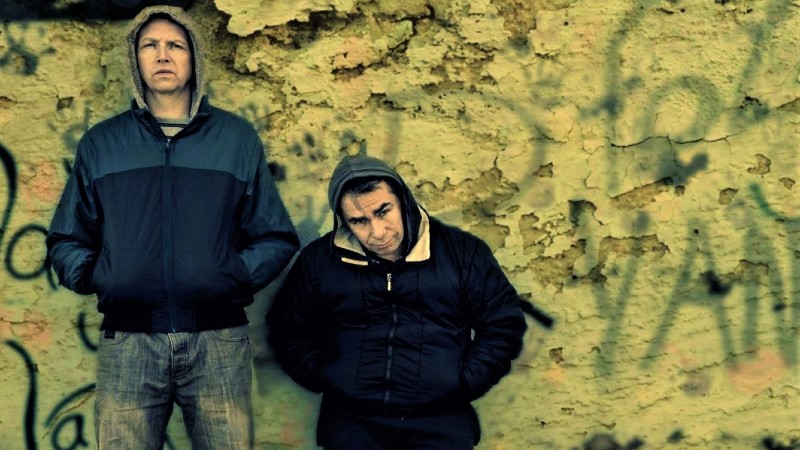 CN – Well I suppose it’s hard to make an Irish film without a reference to Catholicism or the divine in some way. But I liked the way that aspect of Irish culture was represented in the script. Like the character of John ‘The Baptist’ is off the wall but it’s handled in a strangely comedic yet positive way and I liked having that in the film. It was different and in a good way.

EL – It’s refreshing to find an Irish Crime film that doesn’t involve Anglo-Irish Relations as some sort of plot device. Are audiences opening up to different kinds of Irish tales?

CN – Oh yeah, there’s a lot of different stories being made now. Personally, my next film would and will be very different to Be Good Or Be Gone. Thematically and subjectwise it’ll be very different. I think Irish cinema is finally going through a much needed renaissance through many of its genres, from horror to drama. It’s exciting and I’m looking forward to seeing more independent films from new voices.

EL – Les Martin both wrote and starred in this project. Was it challenging working with an actor who held such an invested interest in the story?

CN – You know, I can honestly say that Les Martin is really easy to work with. Not only is he funny, charming and decent but he just wants to make the best picture. He’s very open to ideas and re-writes and anything that improves the film. He’s also very patient and professional. Like, we didn’t know each other prior to making this film yet we’ve been on a journey five years making it and in all that time we’ve both learned an awful lot. But we also just worked together really well and it all boils down to trust and not letting ego get in the way. I’d love to work with him again.

EL – Driving one of the many exciting projects that has been filmed by Irish cameras, you should be in prime position to speculate on where the future of the Irish medium is heading. Could you hazard a guess?

Well, what I’d like to see is more Irish films covering different facets of our society and psyche. There’s a lot there not being covered and a lot of stuff being covered too much. A lot of it boils down to lack of funding or funding the wrong project or whatever. But I feel things are changing and more interesting pictures will be made. Like, nothing is going to stop me. I’ll keep going regardless. Perhaps at a slower pace than I’d want. But, I got a few more in me over the next decade.

● Are there any future projects you’d like to tell us about?

I have something I’m working on but I’m keeping it to myself. It’s neither a crime nor a thriller piece. That’s all I’m gonna say!

The stills on the interview are both from ‘Be Good or Be Gone’; the image of the top is of Cathal Nally

Be Good or Be Gone

Two criminals are released from Mount Joy to a Dublin that has both celebrated and ruined their lives, in this self-funded and convincing indie from Ireland - on Tuesday, April 13th on various platforms [Read More...]