With Guest of Honour, filmmaker Atom Egoyan reaffirms his penchant for the investigative drama. His last film, Remember, spun a mad yarn about a senile Holocaust survivor crossing the US to wreak vengeance against his former oppressors, in what critic Richard Roeper described as ‘a mash-up of The Terminator, Marathon Man and Memento’. It was an outrageous premise that only got sillier as the conspiratorial plot unraveled, but its excesses were bound by the strength of Christopher Plummer’s endearing performance. This is repeated in Guest of Honour, whose questionable dramatic content is anchored by the presence of its lead, David Thewlis.

Thewlis assumes the role of Jim, a cantankerous food safety inspector who scrutinises without mercy, looking down his nose at local restaurateurs as he crabbily explains their noncompliance. After a long day of dorky hectoring, he returns to an empty home where the only company is a big white rabbit and a glass of red. This is because his wife is dead and his daughter imprisoned.

His daughter is Veronica (Laysla De Oliveira), a young music teacher jailed for ‘abusing her power’ after pulling a salacious prank with her students. The conviction is unjust and unfair, but she accepts and even encourages her fate owing to what she considers an original sin concerning Jim’s adulterous relationship with her piano teacher. 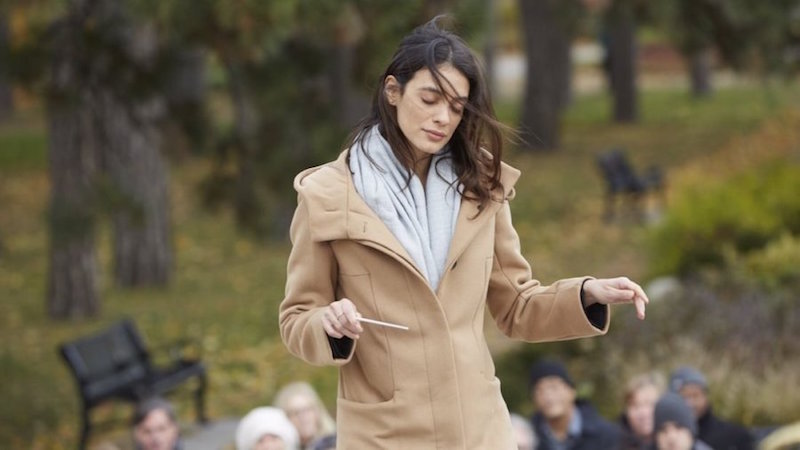 This mystery and its non-linear delivery pique your interest somewhat, but by halfway it all becomes overwrought and unconvincing; especially a central plot point in which Jim’s occupation allows him to coerce one of the boys involved in the case. The matter isn’t helped by the unlikability of Veronica, either. She has this insouciant, po-faced smugness about her and is always ready with some smart-alec response when Jim tries to understand her.

Thewlis, however, proves to be the film’s buoy when it risks tanking, revitalising Egoyan’s turgid script with real pathos and empathy. This is especially true when Jim becomes the titular guest of honour, going far beyond his customary glass of red and pouring his heart out to a bewildered restaurant audience. It’s a fine piece of inebriated acting, showing all the cracks and vulnerabilities in Jim’s psyche with perceptive nuance. Alas, much of this is undone in the film’s closing moments, which target the heartstrings but miss entirely, in what is ultimately a second-grade melodrama from Atom Egoyan.

Guest of Honour is available now on Curzon Home Cinema.