"Dirty gem"
Gamblers scramble for their survival inside a very large casino in Nevada, as nuclear Armageddon and zombie apocalypse loom outside - horror originally made for television is now available on Blu-ray and VoD

The story takes place in Reno, Nevada. The movie starts inside a casino. Employers and employees carry on with their duties as usual, while clients are having the time of their lives. The movie director captures the real emotions of casino players. Some players gather around the poker tables, while others play online casino live games. The movie was launched in 2011 when the online casino industry was booming, and iGaming reached its peak, so it was mandatory that the director includes both types of gaming in the very beginning.

Everything looks normal when zombie apocalypse strikes. What do ordinary locals choose to do? They hide in the casino building. This is an impressive low-budget zombie movie mostly due to the plot: a deft combination of zombie outbreak and casino action. The casino building, populated with large poker and roulette tables ,and slot machines is the perfect shelter for a world suddenly occupied by ferocious zombies. In a way, it’s similar to George Romero’s dirty classic Dawn of the Dead (1978), except that the shopping mall has been replaced by the casino.

The news in the background reveal that someone went into the nuclear oven of Nevada and pressed a button that wasn’t meant to be touched. The radiation turned the entire populace within the blast-radius into flesh-eating creatures. Suddenly there is a countdown and the news stop streaming. The future is not bright. More people are turned into zombies, and they wreak havoc on the streets. The survivors inside the building have to contend with the zombie that found their way inside, while also seeking a way out of the pandemonium. 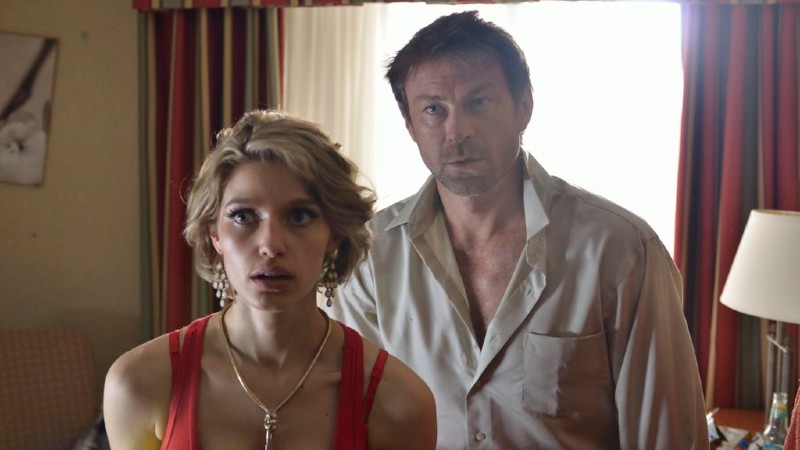 There is a different side to the story. Remains is based on a comic miniseries by Steve Niles and Kieron Dwyer. The screenplay skipped the beginning of comic books and dived straight into zombie apocalypse. The action is non-stop. Characters don’t just sit and share stories with each other. They have to fend for themselves at every minute, as the gravity of the outbreak continues to escalate. Blood and wounds are abundant, Tom (Grant Bowler) and Tori (Evelana Marie, both pictured above) are the protagonists, just like in the miniseries, but this time they have a number of sidekicks (other survivors).

Chiller Network produced Remains for television reportedly for just $750,000. It was shot on 35mm, unusual for such a movie at the time. The plot, the script and the acting are all convincing, even if it lacks some of the costly CGI of its high-budget counterparts.

In our top 5 dirty movies about gambling, you too can learn one thing or two (or even a life lesson) in the most unlikely of all places: the casino! [Read More...]