"Greasy movie"
A teen grappling with his parents' imminent separation finds out that a witch is posing as his father's neighbour - on VoD on Friday, May 8th

How well do you know your neighbours? One of our most perturbing fears is that we never really do know these people we live alongside, and so, a slice of paranoia does no more harm than the occasional home-baked sugar treat.

Cinema has delighted in toying with our paranoia of the stranger posing as neighbour, from serial killers in The ‘Burbs (Joe Dante, 1989), Disturbia (DJ Caruso, 2007) and Summer of 84 (Francois Simmard, Anouk Whissell, Yoann-Karl Whissell, 2018), a Nazi in hiding in Apt Pupil (Bryan Singer, 1998), to those supernatural forces: witches in Rosemary’s Baby (Roman Polanski, 1968) and a vampire in Fright Night (Tom Holland, 1986). Brett and Drew Pierce’s The Wretched chooses the supernatural over the human, when teenager Ben (John-Paul Howard) learns that a witch is posing as his father’s next door neighbour.

Jerry Dandridge, first played by Chris Sarandon, then Colin Farrell in Fright Night is playful with this dynamic of the friendly neighbour one needs to be wary of, just as the helpful neighbours of Rosemary’s Baby have ominous intentions. The Wretched does not pursue this playful dynamic – following wife and mother Abbie’s (Zarah Mahler) possession, she functions as an ominous presence that terrifies her own son, and in one scene when she confronts Ben, the passive-aggressive playfulness between the pair is missing.

Knowledge of other genre works provokes the feeling that something has been lost here, that gives way to a conflict. A character who makes a strong impression, mixing the feminine maternal with the beer-drinking, hunting, buck-gutting masculine, the Pierce brothers and actress Mahler present a female character of note, wasted as a victim of possession, especially when her former self is exorcised entirely. While this is Ben’s story, there’s a regret that Abbie who is able to blur gender distinctions becomes a victim of the narrative intent, and whether unintentional subjugates woman to the adolescent male hero of the tale. 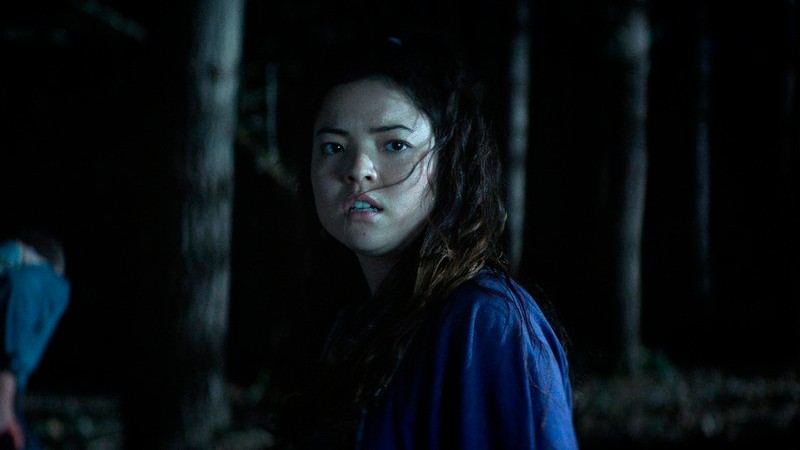 Ben essentially serves as a cog in the machine to drive the story forward – his alertness or being in the right place at the right time, along with his curiosity compelling him to discover and expose the truth. We connect with these protagonists because we see what he sees, his feelings of dismissal transferred through the screen to us. We become implicit in his determination, in spite of what the other characters believe. This is the joy of these films – a camaraderie that transcends the screen, countering the mundanity of our everyday lives, where neighbours may irritate one another, but no exciting call to action will be required.

What also bonds us with Ben is for many of us, shared experiences – the travails with adolescent love and lust, the jostling for recognition and discontentment with our place on the social hierarchy. But these stories also exploit our sympathies – characters struggling with family drama. Here in The Wretched Ben’s parents have separated, and he has to accept his father’s new girlfriend – the meeting of the end with the beginning. In recent films of adolescents confronting sinister forces, Dead Shack (Peter Ricq, 2017) and Summer of 84 both see teenagers weighed down by family tensions. In this context what it creates for young hero or group of heroes is the opportunity to empower themselves and stride towards adulthood, escaping their dependency on their parents and inability to resolve adult problems that they have only been able to passively watch unfold.

The witch is effectively creepy and while not a detraction visually, how she fits into the narrative is troublesome. A brief scene of exposition offers an insight into the witch’s mythology that even as Ben learns about his foe is not developed. A lack of development of the mythology hinders the witch from becoming something more powerful, or even for us to engage in her malevolent intentions that Ben desperately tries to thwart. The commitment to myth and folklore that lie beyond the aim to evoke fear responses would bolster the impression one has of The Wretched, giving it more clout to stay in the cultural consciousness upon its release.

Struggling to sustain the suspense of the opening scene, and hampered towards the end by a suspiciously illogical twist, The Wretched following a strong first impression, is an experience in which hopes for a seminal film of the sub-genre are dashed.

The Wretched in out on VoD on Friday, May 8th.

Not a walk in the park: four young men mourning the tragic death of a friend go on a hiking trip in Swedish woods, but what they encounter is far from comforting - on Shudder on March 7th; also available on other platforms [Read More...]