Inés (Érica Rivas) works as a dubbing artist in a studio in Buenos Aires, mostly in horror movies. She has to shriek, pant, gurgle and moan, and create unusual voices for the characters on screen. Parallel to this, she also sings in the local choir, where she exhibits her angelical soprano voice. A life full of contrasts. She has a new caring yet very jealous boyfriend called Leopoldo (Daniel Handler). The film open with the couple’s first (and also last) holiday trip abroad, in an unnamed sunny nation somewhere in Latin America.

The young lady has been haunted by the same nightmare since her childhood, and it now seems that some sort of entity (the titular intruder) is beginning to creep into her physical existence. And the consequences are deadly. Leopoldo inexplicably commits suicide, leaving an already deranged Inés in sheer disarray. An eerie old woman called Adela (Mirta Busnelli) at the dubbing studio informs Inés that the elusive creature is attempting to take over her life, and that she has inadvertently fallen in love with it. However, Adela fails to offer her a solution to her affliction.

At home, her doting mother Marta (played by veteran Cecilia Roth) is worried that her daughter is slipping out of sanity. At work, she’s advised to seek treatment, including a psychiatrist. She begins to take various pills, which seem to have precisely the opposite effect on the vulnerable female. Her reality begins to disintegrate. Her mind becomes fragmented. Reality blends with dream and imagination. 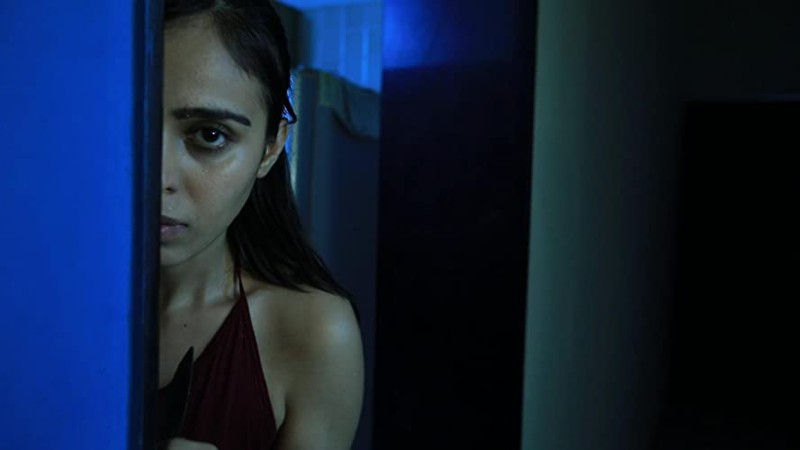 This is a finely crafted movie with an impeccable score. There is an enormous amount of attention paid to the audio, which is central pillar of the narrative. Strange little sounds inexplicably appear in the recording of Inés’s dubbing. Her voice falters halfway through the presentation of the choir, and she leaves the stage in tears. Is a supernatural entity taking control of Inés, or is she simply having a mental breakdown?

Despite her unusual predicament, Inés begins a liaison with the organ player Alberto (Nahuel Pérez Biscayart). Of course this is no conventional romance. Inés has very vivid sexual fantasies, but it never entirely clear whether these are pleasurable or just another clever ruse by the elusive intruder.

This is not a straightforward horror movie, despite leveraging various familiar suspense devices (such as mysterious voices, and unexplained movement under the bed sheets). There are at least a couple of jump scares, but they do not constitute the film climax. This is perhaps best described as a very dark and sombre psycho-sexual thriller, with a little humour thrown in. It has some very powerful moments, and a superb performance by Rivas and Roth. However, the entire movie fails to gel together. It lacks cohesion. The closure is ecstatic and energetic, but it also leaves many questions unanswered.

The Intruder was based on the novel El Mal Menor by C.E. Feiling. It showed in Competition at the 70th Berlin International Film Festival, when this piece was originally written. It premieres in the UK in October, as part of the BFI London Film Festival.