"Dirty gem"
A Dutch woman in her 40s, childless and sorrowful, finds unexpected solace on a trip to Chile - watch it for free during the month of December only with ArteKino

They say that children are the gifts that keep on giving, yet for many couples out there, their Christmases, birthdays and anniversaries seem empty of gifts. So it is for Frank (Guido Pollemans) and Maud (Rifka Lodeizen), both now past 40, eager to put a decade of miscarriages and false starts behind them. Flying to the Andes, an awaited rebirth is marred by another miscarriage, the following argument causes Maud to abandon her husband for the barren countryside. Only through a chance encounter with 8-year-old Messi (Cristobol Farias), does Maud re-discover the value of life.

Lodeizen delivers an extraordinarily well put together performance, even if the story sounds very conventional. Twelve minutes into the film and Lodeizen clothes herself in funereal black robes, wailing at the failures her blond body holds. She holds the contrived moments with an elegiac loneliness, aching for a child of her own to carry and hold. Her travel companion is the very thing she’ll never bear, a sprightly child, fervent, feverish and full of life. Together, Maud and Messi walk through the cascading South American deserts, pushing and pulling each other through their collected journeys. 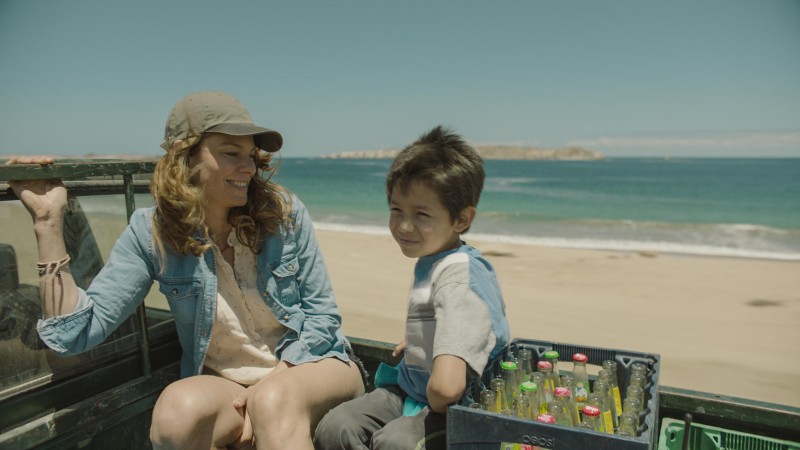 Messi too holds a troubled history, his boorish father decrying the woman who bore him a whore and a mad woman. In Maud he finds a mother figure, in Messi, she finds a child. Inevitably, they must leave each other, but it’s not the collective destinations that makes the film so interesting. It’s the journey.

It’s richly illustrious in photography, the varying montages showcasing the lush escapades that entices tourists to the Patagonia. Much like the two leads, the landscape offers excitement, restraint, melancholy and possibility. And yet there’s a sadness at play. Messi will likely leave his fellow pilgrim to a dubious household, Maud must return to a childless marriage. Surrounded by this prosperous arid regions, where plants and soil meet, Maud comes to terms that her body will never grow and flower a life of her own.

While a little heavy-handed at times, the end result is an emotive one, celebrating the virtues of womanhood that exist outside of the womb. Lodeizen is excellent, steering the journey that a viewer can enjoy, but understands that Maud is not and will not be the only woman who has walked in these unenviable steps.

Watch Messi and Maud for free during the month of December only with ArteKino – just click here for more information.