"Dirty gem"
Dirty and Special Relationship: the UK and the US conspire in order to persuade UN Security Council members to support the Iraq War, in political thriller based on real events - now available on VoD

This is the fascinating story of one of the unsung heroes of our times, whistleblower Katherine Gun. The Iraq War is still an inglorious part of our past and present. This film follows the sequence of events when in 2003 a young woman in the employ of the Government Communications Headquarters takes the momentous step to reveal a memo from the United States to the British government.

It draws on the experience of the Observer staff reporter who had a tip-off about the memo to which Katherine had access. It revealed that the British government was colluding with the US in order to blackmail smaller countries in the United Nations Security Council into supporting the War against Saddam Hussein. The public was not made aware of such engagement, needless to say.

Keira Knightley conveys Katherine’s strength of character with great economy and conviction. There is a stellar supporting cast. Ralph Fiennes as the defending lawyer carries the pivotal role of the man with the thorough investigative legal mind who takes on a case which sets him against longstanding close friends in government. As the Observer reporter, Matt Smith enjoys a central part in the complex considerations surrounding the decision whether to publish or not. Welsh actor Rhys Ifans produces an entertaining eccentric portrayal as Ed Vulliamy, the newspaper’s correspondents in Washington. 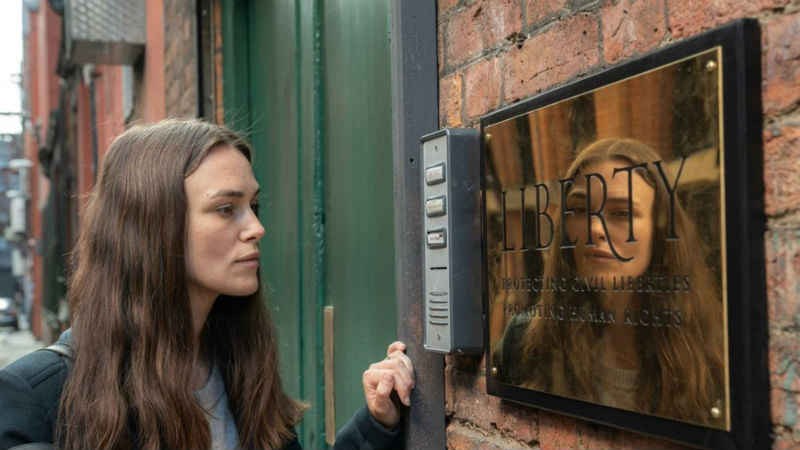 The events are followed in the actual time sequence and the consequences gradually unfold. The film demands concentration from the viewer but the story being little known still has elements of suspense. Will Katherine succumb to the pressures when the leak is discovered? How far is she willing to sacrifice her marriage to her strongly held beliefs?

Gavin Hood the director won recognition with Tsotsi in 2003 and more recently with the spy thriller, Eye in the Sky (2015). The film has taken some time to get made, with change of director and cast in the process but the end result produces a compelling narrative with all the actors delivering auspicious performances that complement each other. Anyone interested in the dynamics of diplomacy and the internal forces at work in governing a country cannot fail to be engaged. The role of the free press in trying to check sources and resist government pressure is a compelling element to the gradual unravelling of the story.

Official Secrets is scheduled for national wide release on Friday, October 18th. It also features as a Headline Debate Gala in the programme of the BFI London Film Festival. On VoD in March. Not to be missed!

The wizard with a sickly body: Oliver Stone's biopic of one of the most subversive minds on earth does not address the political conjecture and notions of patriotism, instead painting a highly romanticised picture of a splendid man with a frail health [Read More...]