Red is bad. Red Joan, Red Ken, you name it. This is the colour with which you do not wish to have associated in the UK and in many countries of the Western world. The prejudices associated with communism are enormous. Russophobia still dominates our headlines. The lingering fear of Marxism – particularly in a country that never saw a major popular revolution – pesters both the economic and the political establishments. The leftwing ideology is plain evil, and it must not be tolerated. So what better way to defame someone?

Joan Stanley (Judi Dench) is an OAP living somewhere in suburban Britain in the year 2000, in a middle class dwelling. One day the MI5 knock at her door and arrest her. They claim that she had affiliations with Soviet sympathisers while studying in Cambridge in the late 1930s, and that she provided classified material in the 1940s while working in a laboratory to the communist regime, enabling Stalin to create his very own atomic weaponry. Such crime constitutes treason. She denies her crime, but her the information held by the MI5 reveal a very different picture. The media immediately label her: “Red Joan”. 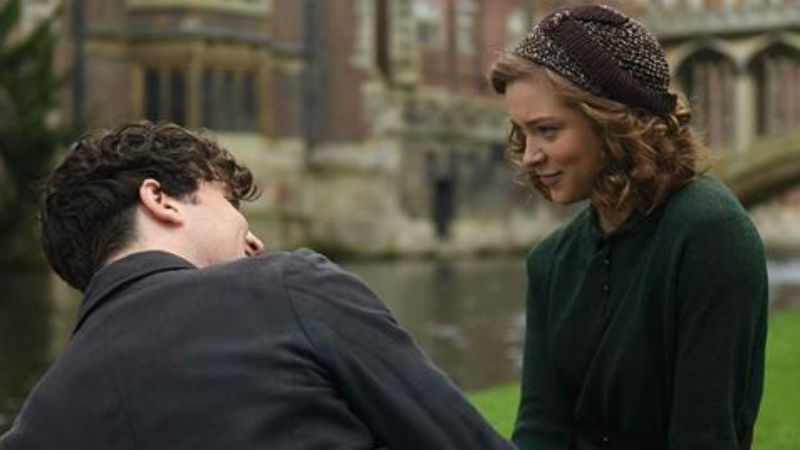 We travel back in time to 1938 and see a young Joan (now played by Sophie Cookson) infatuated with a man called Leo (Tom Hughes), who happens to be of Russian origin. The war breaks out. Joan now works in a laboratory working hard in order to develop an atomic bomb ahead of the enemies (the Nazis and the communists). She begins a relationship with the leading scientist. The Americans bomb Hiroshima and Nagasaki. The unforeseen dimensions of the atomic bomb shock Joan profoundly, triggering her to disclose scientific information to the Soviets. She leverages sexism to her advantage (ie. no one at the time would assume that a woman could be cunning enough to become a spy). Joan has a very peculiar motivation. She believe that if the Soviets too have access to such destructive technology, they would be on an equal footing, and war could be averted. And she was right.

Cinematographically speaking, Red Joan is not a dirty movie. It’s rather formulaic and conventional, an average spy drama doused in saccharine and filled with two half-baked romances (with Leo and with the scientist, pictured above and below respectively). On the other hand, Red Joan contains a very urgent message that world peace must prevail above national allegiances, and that nationalism can be an arrogant and exclusionary notion. This is a refreshing statement, particularly when a lot of mainstream movies re infested with both subtle and not-so-subtle messages of tub-thumbing nationalism and anti-European resentment. Back to the year 2000, Joan’s son repeatedly scorns his own mother for her lack of patriotism without any regard to her genuinely noble intentions. 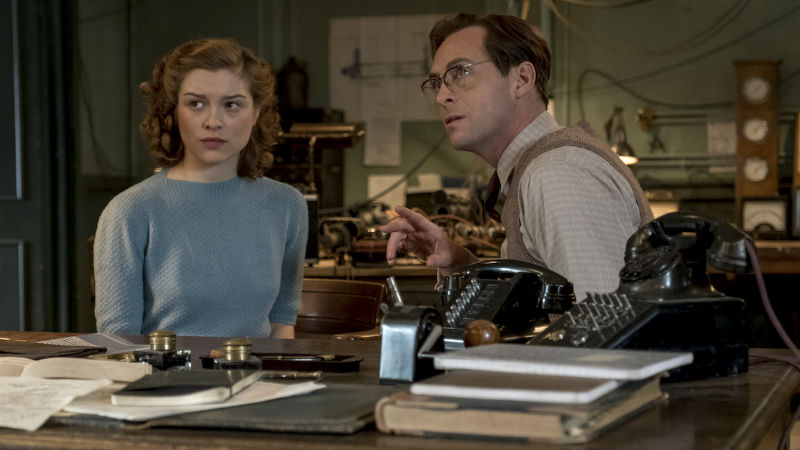 The filmmaker Trevor Nunn took a lot of artistic freedoms. The film is inspired by the true story of Melita Norwood, who was uncovered in 1999. It is said that the Soviets valued her more than the Cambridge Five. Melita did indeed supply such classified material to the Soviets, but she did not do this guided by the principle of world peace. She was indeed a devout communist. In her own words: “I did what I did, not to make money, but to help prevent the defeat of a new system which had, at great cost, given ordinary people food and fares which they could afford, a good education and a health service”.Still, I’m satisfied that the director twisted Melita’s motive for noble and necessary reasons. We desperately world peace and individual actions to prevail above national interests. One woman/man can indeed make a difference.

Red Joan is out in cinemas across the UK on Friday, April 19th.

Stephen Frears once again offers you the opportunity to look at a British monarch in the eyes, and what you will see is refreshingly human and candid - on Netflix on Sunday, January 1st; also available on other platforms [Read More...]

Espionage drama about undercover Mossad agent working in Tehran has enough stamina to keep you hooked for two hours, and it's not a piece of Israeli propaganda - live from Berlin [Read More...]