"Thoroughly sanitised movie"
American historical drama details the fight between electricity giants Thomas Edison, George Westinghouse and Nikola Tesla in the late 19th century, but the outcome is neither bright nor electrifying - on Netflix on Monday, July 26th, and also available on other platforms

A film exec produced by Martin Scorsese with a top-drawer cast (including Benedict Cumberbatch, Michael Shannon and Nicholas Hoult) is almost guaranteed to become an instant hit. But then Harvey Weinstein – who owns the film distribution company – was brought down by a series of sexual misconduct allegations, the ensuing scandal tarnishing and delaying the film release. This would have been a real pity if The Current War was a great film. Unfortunately this is a squeaky clean historical drama with hardly any colour and vigour.

It stars Cumberbatch as the the business and inventor Thomas Edison (often described as “America’s greatest inventor”) and his competitors American entrepreneur and engineer George Westinghouse (Shannon) and the Serbian inventor Nikola Tesla (Hoult). The film starts out as Edison is about the bring electrical power to Manhattan for the very first time, thereby astonishing the entire world. Meanwhile, Tesla invents modern alternating current (AC) electricity, while Westinghouse put all his resources into developing and marketing Tesla’s idea. They are in competition against the Edison’s direct current (DC) system. 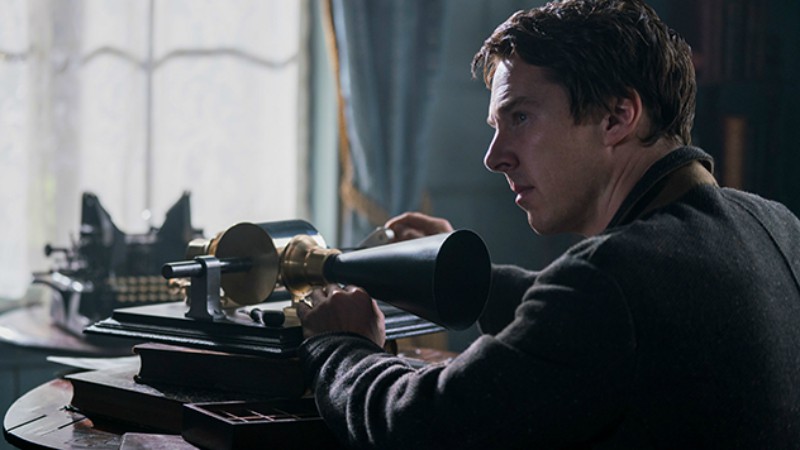 The film title refers to the battle between AC and DC. Westinghouse and Tesla sought to split the energy market between the two organisations, but Edison was far less magnanimous. He was not interested in compromise, instead forging ahead on his own. Edison is ambitious, unscrupulous and mercurial. Westinghouse is dandy, cocky and entrepreneurial. Tesla is shy and lacking confidence. The bright Serbian inventor is eventually left penniless, while the two big titans fight for the money and prestige. Westinghouse receives the recognition that he longed for in 1911 by winning the Edison Medal “for meritorious achievement in connection with the development of the AC system”. The irony of the award name speaks for itself.

The topics of xenophobia and unfettered capitalism are touched throughout the film. Tesla believes that being an immigrant in the US prevents him from gaining the recognition that he deserves (perhaps little has changed since). He also believes that it’s “currency” and not “current” that moves the world, thereby highlighting the deceitful and ruthless nature of the business battle. These two topics are extremely interesting and yet secondary.

We also learn that electricity was soon applied to the death penalty. We watch the first electric chair executions, and the very gruesome deaths (particularly the bungled ones, where the person has to be electrocuted over and over again). At first, Edison regrets that his invention is being used for such morally questionable purposes. But eventually business interests prevail, and he becomes uninterested in the deadly use of electricity. He was never overwhelmed by guilt. 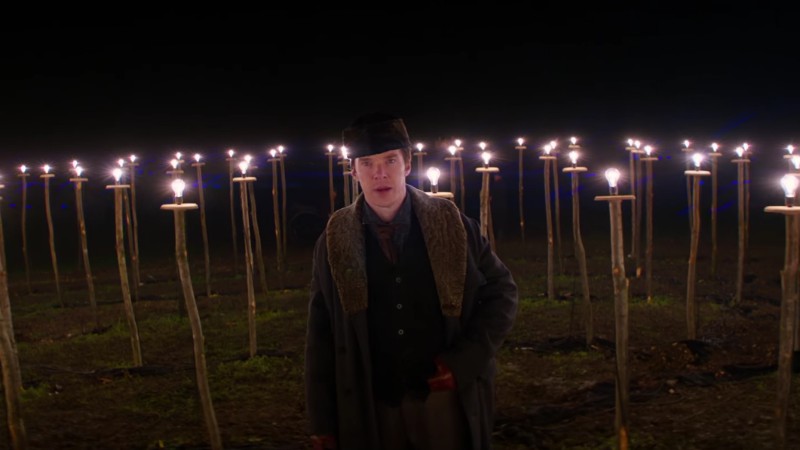 The Current War could have been an interesting and informative historical drama. The problem is that it relies too heavily on the mise-en-scene, visual gimmicks and the music, while the script is all over the place. There is a climax and a twist every five minutes from the very beginning of the movie. It becomes exhausting after 20 minutes. And tortuous after 108 minutes. A little bit like the bungled executions portrayed in the movie. Plus the nuts and bolts of the actual story are very difficult to put together. I never understood why Westinghouse and AC won the first round of the war, and how come Tesla was left to fend for himself. If you want to learn more about the history of electricity, watch a good documentary instead.

All in all, The Current War is a mediocre fantasy thriller trying really hard to tell a real story (and failing tremendously at doing so). Plus, it’s a film guaranteed to fail the Bechdel test. Women are pretty-looking, entirely flat characters devoid of any psychological depth. Maybe a little bit how Weinstein perceives females.

The Current War is out in UK cinemas on Friday, July 26th. On Netflix on Monday, July 26th (2021). Also available on other VoD platforms.

On the Basis of Sex

Biopic of Ruth Bader Ginsburg (yes, yet another film about her) is a fitting tribute to gender equality, if also a little romanticised - in cinemas Friday, February 22d [Read More...]