What is your definition of being lucky? For the protagonist of actor-turned-director John Carroll Lynch’s debut feature, he’s lucky because he had an easy job while in the navy: he was a cook. The adjective soon became his nickname. But now his accolade has acquired a second meaning and a also different dimension. Lucky (played by the legendary Harry Dean Stanton, who passed away last September shortly after the film was finished) is very fortunate because he’s still alive at the age of 90.

Or is he not? Lucky has outlived all of friends and relatives, and conducts a demure and lonely existence in a house somewhere in the dry hinterlands of the US. He never had a wife and children. Perhaps that’s not such a happy predicament after all. Lucky raises some pertinent questions about very old age. How do you find a purpose when all of your loved ones are gone? Is it worthwhile fending for yourself on your own until the curtain drops? And should younger people get more actively involved in the lives of the elder, even if they are not actively asking for it? 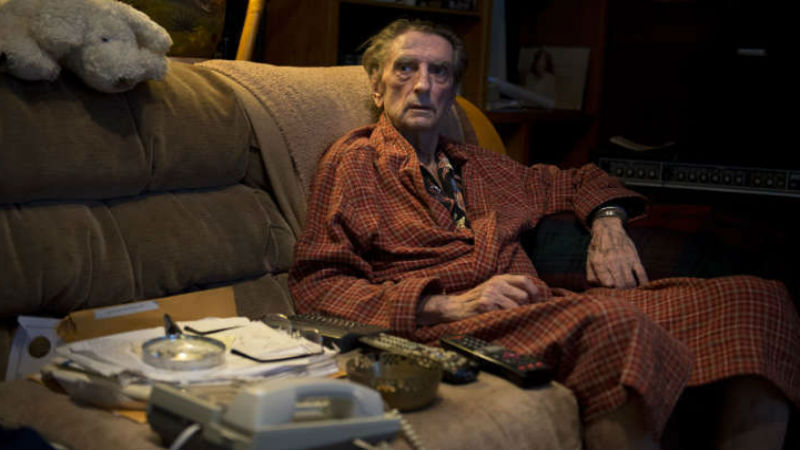 Being very old means being very slow. A tortoise is a central character and clearly an epitome of Harry Dean Stanton’s character. They both keep moving despite having no clear purpose and destination, the film seems to suggest. Being old also means being frail. Lucky opens with the protagonist putting his clothes on, with an extreme close-up of various parts of his body. His skin is extremely wrinkly and saggy, with the unforgiving signs of senescence. But it’s still fascinating and beautiful, as is Lucky’s determination to put his clothes on and face yet another day.

Lucky is stoical, laconic and defiant: “there’s only one thing worse than awkward silence, and that’s small talk”. He has a few acquaintances, and the nearest watering hole is his usual social hang-out. Elaine (Beth Grant), Fred (Tom Skerritt) and Howard (David Lynch) are amongst his friends. Howard is desperately seeking his missing tortoise, which Lucky insists in calling a turtle instead. Despite David Lynch’s presence, this is not a very Lynchian film. The characters here are far less creepy, and also more human and realistic. Important note: despite sharing a surname, David and John Carroll are not related to each other. 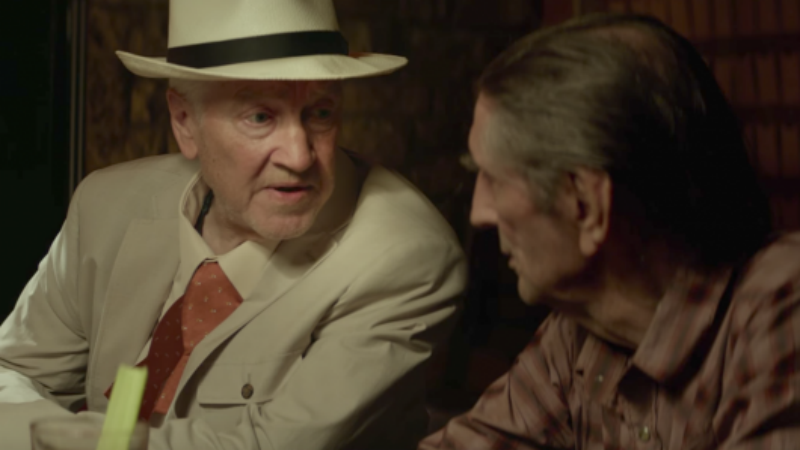 This is a movie about the ephemerality of life. “Nothing is permanent”, cries out Lucky. He often questions the meaning of “truth” and “realism”, as if seeking a deeper meaning to his existence. Both the life of a cigarette and or a turtle will come an end, even if one is much shorter than the other. All in all, this is a moving ode to those who refuse to give up their joy to live even as the twilight dims.

The film also includes a sequence in which Lucky delivers a song in Spanish (Harrya Dean Stanton was also a remarkable singer). It’s delight to listen, even if the premise feels a little disconnected from the film narrative.