Is it acceptable to portray a horrific real crime in film?

Irish filmmaker Vincent Lambe encountered fierce opposition to his film about the James Bulger murder, which has received an Oscar nod. Our Irish writer Eoghan Lyng raises questions about these reactions, arguing that Detainment isn't exploitative and doesn't condone the murders

One sympathises with Vincent Lambe. How could one not? A simple scroll through Twitter exhibits the cruellest and most vicious of comments levelled at a filmmaker whose newest work many refuse to watch. You can read them here, here and here, plus there was a flurry of further inflammatory comments (and also insults) outside these tweet threads. This little online commotion waas in response to my review of his latest film Detainment, published last week. Admittedly, he didn’t choose the nicest or easiest of stories to deal with. Lambe opened up to controversy by openly dealing with the James Bulger case, a murder that still amazes, horrifies and disgusts those who remember it.

I’m not one of those people. Born in Ireland in August 1993, time and geography has impeded any firsthand knowledge of the senseless Liverpool killings which occurred that February. My knowledge on the subject was rudimentary when I reviewed the film that many were calling for it to be withdraws from the Oscars. What I saw astonished me.

A work of naked reality, temerity and nuance, Detainment is a movie which grabs its viewers with the opening shot of two boys playing truant on the escalators. It is by no means of piece of exploitation cinema. Whisking sweets into their pockets, the boys amuse themselves with a toy soldier, breaking its body in half with glee. The film cuts to a procedural room, a series of officers incredulous that these children, fresh faced in appearance, could murder a toddler. Through memories and flashbacks, the pair walk with a child, watching him stumble, letting onlookers turn to their daily needs, offering him the stations of his own crucifix. Biblical in theme, the film offers a grounded selection of setups and cuts, mindful that this was a true event. 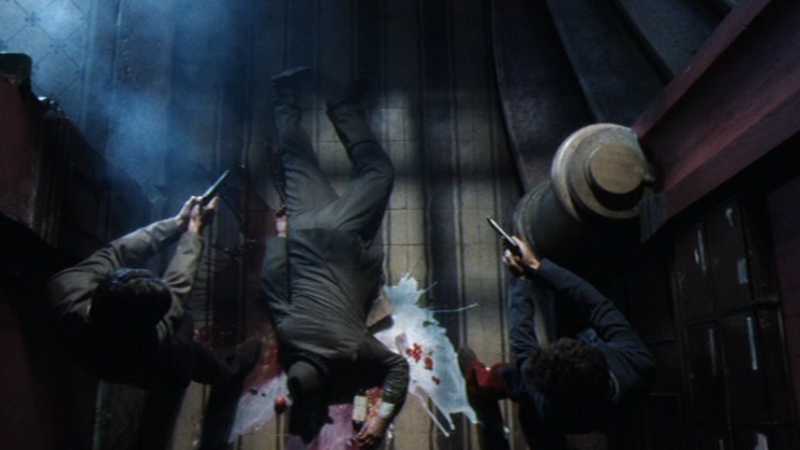 A quick click through Google details that the police transcripts which it purports itself on are the real quotes. Verbatim, the leads recite words that Jon Venables and Robert Thompson recorded on tape. Ely Solan’s Jon is teary-eyed, Leon Hughes’s Robert isn’t, the procedural scenes differ from the disconcerting to the vomit inducing. Lambe portrays these developments as realistically as Steven Spielberg did detailing the atrocities of the Holocaust in Schindler’s List (1993) and the actions from Israeli retaliation in Munich (2005; pictured above), using that adjective rarely seen in cinemas predicated to screening Disney and Marvel films: truth.

A truth so unsettling and harrowing, asking viewers not to view their subjects as devils, but children. Children that acted cruelly, horrifically, sadistically and stupidly. Tara Breathnach’s mother doesn’t know how to hug her son after discovering what Jon has done, but cannot bring herself to hate the child she bore. Will O Connell’s detective gleans surprise from his eye overlooking a wanted poster for the two murderers, incapable of comprehending the youth of the killer he is driving to prison. Lambe isn’t making a film about murder; it’s a film about people. “I think people are so used to thinking of these boys as being evil” Lambe admitted to The Standard “that when they start to see something authentic it doesn’t sit very well with them.” 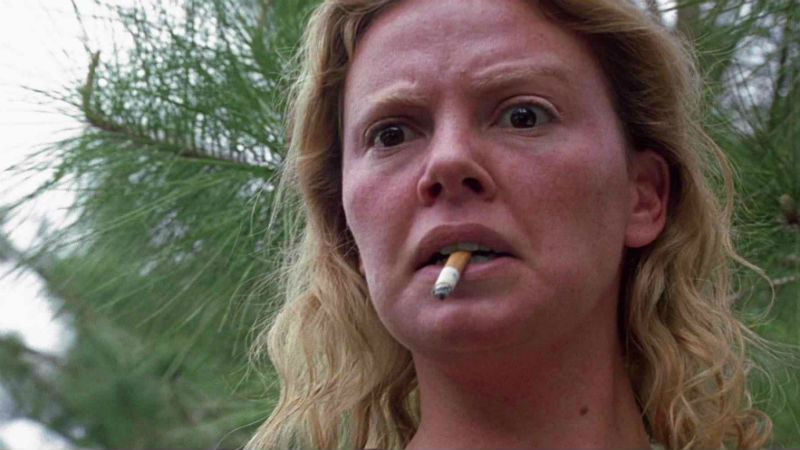 Authenticity isn’t always a trait associated with cinema, but, used correctly, it’s one of the more powerful and respectful means by which a message can be delivered. Lambe is much more respectful of his subjects than the popular sitcom Gavin & Stacey (which asked its viewers to enjoy a Christmas With The Shipman’s, despite the deliberate allusions the surviving families had to endure every subsequent Christmas thanks to a real life Shipman) and the subversive Inglorious Basterds (Quentin Tarantino/Eli Roth, 2009; a film featuring Jewish soldiers more aggressive in their killings than the Nazis ) were. Directing a film about killers does not equate to condoning their actions. It just acknowledges these actions happened with the tools available to a filmmaker.

Patty Jenkins’ oeuvre resonates beyond D.C. comics. In 2003, she unveiled Monster (pictured above), a biopic concerning serial killer Aileen Wuornos, a former prostitute who executed in Florida in 2002 for killing six men. It detailed the characteristics Wuornos displayed, traits of antisocial personality disorder and borderline personality disorder within her. Later, David Fincher’s Zodiac (2007; pictured below) detailed the habits and killings an anonymous serial killer enacted, exploring a manhunt that soured the 1960s for many. Harrowing the subject matters are, Zodiac still proved Fincher’s most rewarding work since Seven (1995), while the stellar Charlize Theron provided one of her steelier performances playing the inexpiable Wuornos (Theron was deservedly awarded with an Oscar in 2004). You’ll frequently find both of these films in books detailing the greatest cinema has to offer audiences. 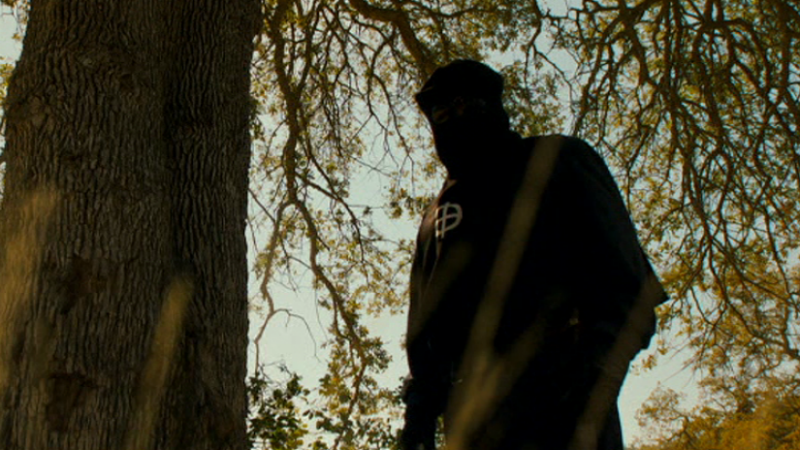 The Silence of the Lambe

Yet Detainment’s reception has been one of anger and disgust, rather than critical acclaim. Denise Fergus (Bulger’s grief stricken mother) has admonished the Academy for admiring a film about her son’s death. An online petition heralded by Fergus drew more than 100,000 signatures, asking for its withdrawal. President Michael D.Higgins’ Twitter met with uproar when he congratulated Detainment amongst the Irish films nominated for an Oscar. A lot of it is understandable. For all his artistic proclivities and cinematic gifts, Lambe omitted to inform Fergus of his intention’s to make a film detailing a memory far too close for Fergus’s comfort. It was an oversight Lambe has subsequently apologised for, though it might have come at a cost of his public cache.

None of this takes away from what is an exceptional 30 minutes of art. Tight, claustrophobic, searing, the film stars two exceptional leads, actors with abilities which should serve them in their impending careers as actors. Solan is animalistic, Hughes is minimalistic, both are terrific. They find within their characters the authenticity and truth Lambe aspired for, and for that, it deserves its place in the Academy’s shortlist.

Filmmaker recreates one of the most shocking and inexplicable crimes of recent times, the murder of James Bulger, and he is neither judgemental nor complacent - extremely controversial British/Irish production receives Oscar nod [Read More...]

The boy before the murderer: Marc Meyers' My Friend Dahmer is a portrayal of the most prolific gay serial killer before he started murdering people, based on a graphic novel by his friend Derf - in cinemas and VoD [Read More...]