"Dirty gem"
What is it that goes through their heads? Hard-hitting documentary about the men and women whose job it is to study serial rapists and killers is available on VoD from March 5th, as part of the Walk This Way collection 2018

A Finnish cabbie asks Helinä Hakkänen-Nyholm: “Are you a policewoman?”. “No I’m not”, she says. “A little bit like Jodie Foster in Silence Of The Lambs?”, comes the question. “That’s just a film,” she replies. “Reality is very different”, in a conversation that sums up Profilers: Gaze Into The Abyss.

Meet the men and women from around the globe who, in their various national jurisdictions, have the job of profiling serial rapists and killers. As with the members if any profession, they talk to each other too. So Helinä is working on a case where a corpse had multiple stab wounds around but not actually in the eyes. She rings up a contact Gerald in South Africa who suggests that this phenomenon relates to trying to mutilate the face and represents anger towards the specific victim. 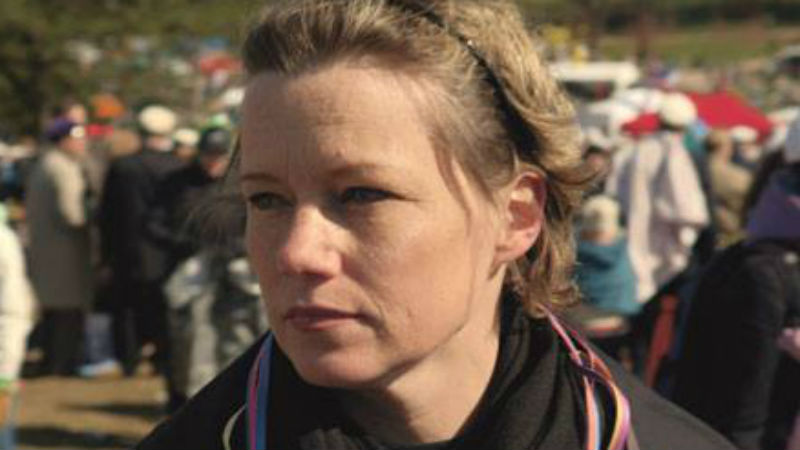 Gerald, meanwhile, visits a crime scene in a veld wherein have been found two bodies of children aged 8-10 which (who?) have rotted down to the bone over time. Since he started the job in 2009 he’s handled some 80 murder and 200 cases. “If you’re not the right sort of person, you don’t last” he says.

When we first meet the US’ Helen Morrison, we see her on the phone being frustrated trying to reach a prison governor whose charges include a serial killer on whom Helen wants to perform surgery in the interests of research. She later discusses the ethics of this with her surgeon husband. There’s a thin line between the taboo idea of experimenting on human beings – which is what she’s proposing – and the idea that such research could help determine what makes a serial offender do what they do in such a way as to prevent others from committing similar atrocities.

Meanwhile, three retired profilers sit on a sofa watching and talking about The Silence Of The Lambs, (Jonathan Demme, 1991) and the book’s author Thomas Harris. You get the impression that director Eder likes this movie and Harris a lot, but curiously she never mentions the earlier Manhunter (Michael Mann, 1986), based on Harris’ prequel Red Dragon. 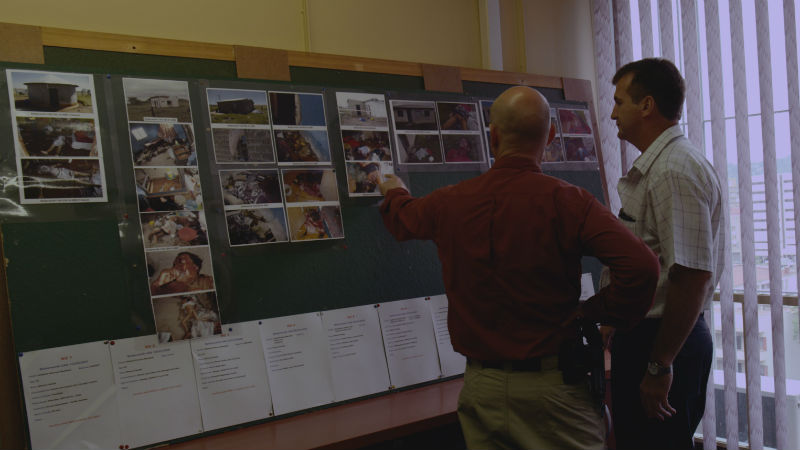 Elsewhere, Stephan Harbout sits on a train, reading a testimony out loud into a dictaphone, that of a woman who survived a brutal rape at first gun- then knife-point. A fellow passenger in a nearby seat looks distinctly uneasy. Although these are only spoken words not recreated cinematic stagings, the verbal description is pretty unsettling and harrowing. Perhaps it’s indicative of Stephan’s indigenous culture as Germany tends to be fairly frank about sexual matters. He later replays the recording as he retraces the journey of the victim through the locations in which the crime actually took place in order to try and gain understanding of the perpetrator’s mind, and there’s something compelling about observing him do so.

There’s a sequence in the last 10 minutes which includes caught-on-camera footage of the aftermath of an actual murder, but for the most part the film shies away from such explicit material. Wisely so, perhaps. The discussions and testimonial representations are harrowing enough in their own right yet provide food for thought and there’s no danger of the documentary being accused of lingering lovingly on footage of aberrant human behaviour. Plus, it’s refreshing to see a film which shows both men and women doing a particular job without the profession under scrutiny being biased in favour of either gender. Which is as it should be. In short, this is an insightful foray into a difficult subject which, because of its recurrence in popular culture, has considerable potential for cliché and stereotype which this down-to-earth documentary so admirably avoids.

Profilers, Gaze Into The Abyss is available to stream on all major VoD platforms on March 1st, 2018, as part of the Walk This Way Collection. Click here in order to watch it on iTunes.