"Filthy genius movie"
Filmmaker recreates one of the most shocking and inexplicable crimes of recent times, the murder of James Bulger, and he is neither judgemental nor complacent - extremely controversial British/Irish production receives Oscar nod

What an opening scene! Two boys wander around a multi-storey store, snaffling sweets, running up escalators, breaking toys and sniggering mischievously. Their eyes turn to a toddler, unable to decipher or read the butcher’s sign he walks beside. It’s very clever foreshadowing, yet what happens next is scarcely believable.

But it did happen. James Bulger was denied his third birthday by a pair of 10-year olds. Abducting him at first chance, Robert Thompson and Jon Venables murdered a boy momentarily forsaken by his mother. The real-life Denise Fergus has been, understandably, critical of the film, openly disgusted that it received an Oscar nomination. No mother should ever suffer as she has, yet Vincent Lambe thoughtfully understands that she wasn’t the only parent who grieved on that day. Based on interview transcripts and records, Detainment is a harrowing look at the young convicts, neither of them anywhere close to the age of puberty, let alone adulthood. 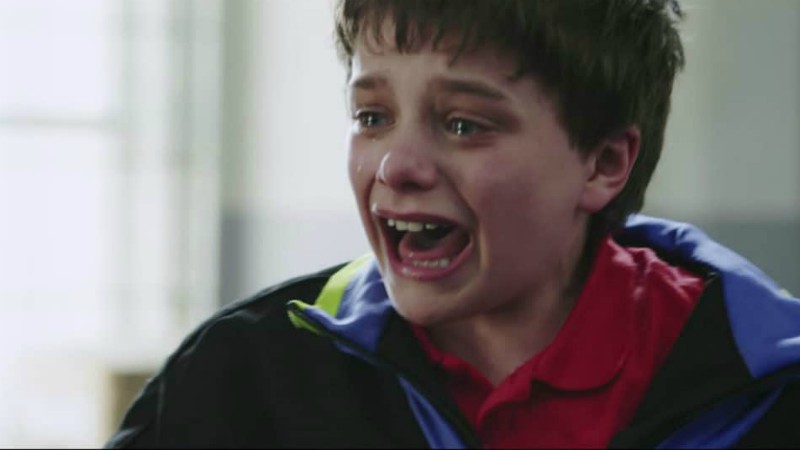 The film’s set-up is simple. The boys are separated into differing procedural rooms. They’re asked questions about the day. Ely Sloan’s Jon is especially baby-faced, timid in his descriptions of truth versus lies. Leon Hughes’ Robert walks with much greater confidence, his punchy Merseyside accent confident and assured, especially when he emphatically denies his involvement. Jon is much less confident, bursting into tears at the mention of the Boot Strand. Sloan is extraordinarily gifted, asking his audience to sympathise, despite the atrocity his character has committed. Behind the tears of this convict is a child who just wants his mother to hug him. It’s a provocative performance well beyond his years!

Lambe delivers a tale of pathos, showcasing the various elements to this story, however unfortunate or unlikeable. One death resulted in three boys losing their childhoods. And yet, for all the moments of sympathy, Lambe never forgets that the actions of Thompson and Venables are unforgivable at any age. Flashbacks depict how naturally lies came to these two, while carrying Bulger, to the varying by-standers. Slow motion hand holding scenes amplify the sinister, insidious nature of the crime. The boys are presented with the camera footage that haunted the British newspapers in early 1993, presenting their guilt in black and white pixels. 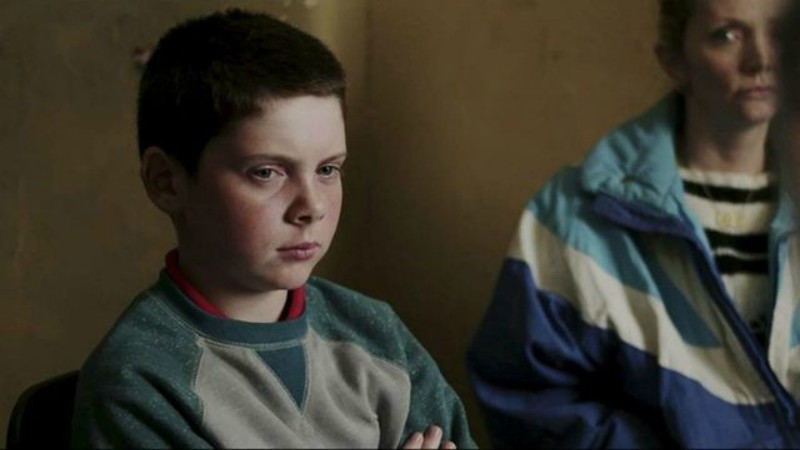 Lambe succeeds in delivering truth, stirring the screen with cinematic sophistication, but mindful of the documentation presented with. In 30 minutes, Lambe delivers what many couldn’t with triple the time. Harrowing, horrible and heavy, Detainment is one of the most startling shorts in recent years.

Detainment has been nominated for the Best Live Action Short Film Academy Award. There is no release date for the UK, but follow us on Twitter, and we will let you know as soon as that changes!

Is it acceptable to portray a horrific real crime in film?

Irish filmmaker Vincent Lambe encountered fierce opposition to his film about the James Bulger murder, which has received an Oscar nod. Our Irish writer Eoghan Lyng raises questions about these reactions, arguing that Detainment isn't exploitative and doesn't condone the murders [Read More...]

The five 2019 Best Short Film Oscar nominations reviewed for you!

Short films often get overshadowed by the glitz and glam of their feature counterparts in the Oscars, but not this year; check out our dirty reviews of each one of the five nominations this year, including a very controversial Irish/British production [Read More...]