It all begins as the Copacabana night club where Tony “Lip” Vallelonga (Viggo Mortensen) works in New York closes down during two months for renovations. The bouncer has to find another job in order to make ends meet for his family. He is invited to an interview with “Doctor” Shirley (Mahershala Ali), who happens to live on top of the Carnegie Hall. In reality, he is no doctor. Donald Shirley is a very famous, talented and wealthy pianist. He has played twice in the White House in the past 12 months, and he’s a close friend of the Attorney General Bobby Kennedy. And he’s black.

Tony becomes Don’s driver as they tour downs the country, starting in Pittsburgh (Pennsylvania) all the way down to the Deep South, where segregation laws still prevail. Tony is given a copy of the titular Green Book in order to find accommodation and food for his “coloured” boss. The Negro Motorist Green Book was an annual guidebook for African-American roadtrippers, which listed places where people of Don’s colour would be welcomed. This is 1962, and the civil rights movement still had much to achieve. 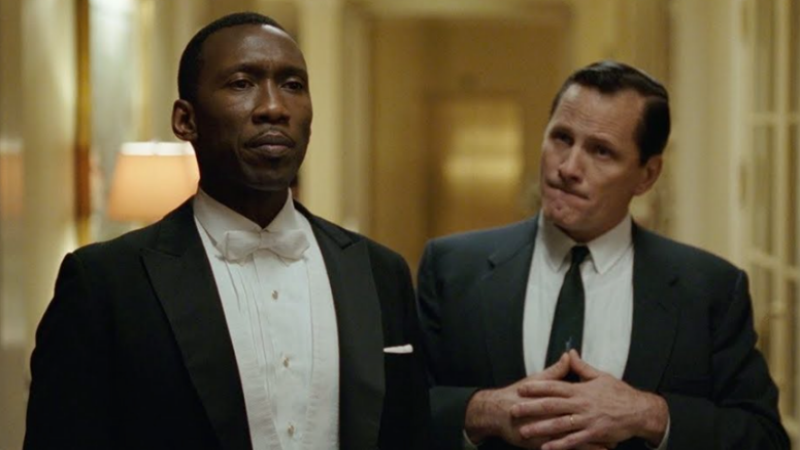 Donald Shirley is the ultimate impersonation of the “twoness” described by writer W.E.B. du Bois (and often addressed by Spike Lee): how can you be both American and Black? Don struggles to reconcile his class privilege (obtained through his sheer talent and determination) with his race underprivilege. This conflict surfaces often as the two men tour states such North Carolina, Tennessee, Georgia and Mississippi. Tony challenges Don’s blackness because he doesn’t know Little Richard and Aretha Franklin, and also because he doesn’t eat fried chicken. “I’m blacker than you”, he ascertains. Don was also a homosexual (something he never admitted until he died in 2013), making his identity far more complex.

Southerners also confronted Don with his “twoness”. Despite being dandy, elegant, well-mannered and extremely intelligent (he could speak several languages, including Russian and Italian), racist Americans still perceived him as a subspecies. He has to sleep in shabby accommodation, he’s arrested without any reason and he’s prevented from eating in the dining room of the venue where he’s performing. Blacks are good for entertainment, but not to mingle with, both the guests and hosts seem to think. The film climaxes in Birmingham (Alabama), when Don storms out of the restaurant where he’s not allowed to eat and heads to a roadside blues club, where he mingles and also performs an impromptu jam session with the local musicians. But there too his “twoness” is an obstacle, and Tony has to come for his rescue. 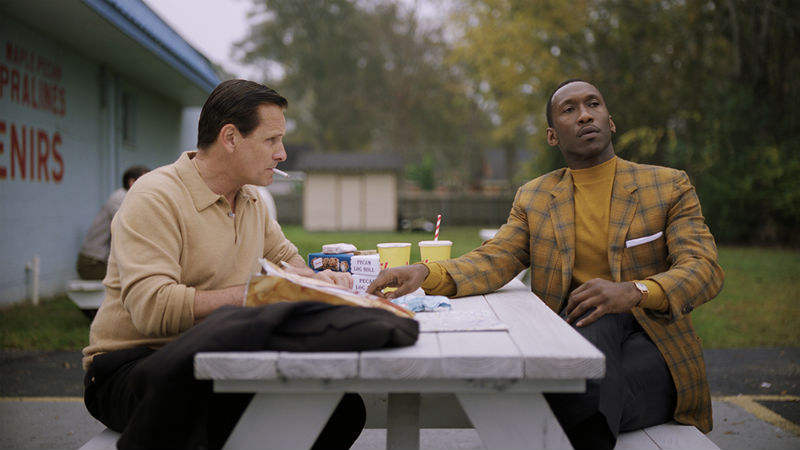 It is the friendship between Tony and Don, however, that drives the narrative. Tony is the perfect blend of avuncular and rough. He’s from an Italian immigrant family in New York (the actor Mortensen being from a Danish immigrant family, also from New York). He shouts out profanities, pilfers a little souvenir from the roadside shop and is never afraid to use violence as a currency. Don is the other extreme: ultra-polite, honest and anti-violence. Yet somehow they complement each other, and you too will be absorbed as the relationship veers from subtle hostility to a profound friendship in the course of this 120-minute movie.

Viggo Mortensen has been nominated for the Best Actor Academy Award, while Mahershala Ali has been nominated for Best Supporting Actor. They both deserve the nomination. But I find it a little strange that the film director Peter Farrelly opted to shine the spotlight on Mortensen instead of Ali. Ali’s character is far more complex and fascinating, and it did not deserve a supporting role (particularly in a film that challenges blacks being made secondary).

All in all, Green Book is a feelgood tearjerker with an upbeat ending. It’s guaranteed to leave a broad smile glued to your face as you leave the cinema, feeling glad that times have changed and such rabid racism is no longer acceptable. Or is it?

Green Book is in cinemas across the UK from Friday, January 25th. It won the Best Picture Academy Award. Out on VoD on Monday, June 10th.