"Greasy movie"
A rural Indian girl wishing to find her sister who has been sold to Mumbai finds herself tricked into working in a brothel, with no hope of escape - in cinemas from Friday, January 25th

Inseparable rural Indian sisters Sonia (Mrunal Thakur) and Preeti (Riya Sisodiya) work the land with their father Shiva (Adil Hussain). He wishes that his daughters were boys because he thinks that males have greater strength and stamina. Seeing Preeti as not pulling her weight, Shiva sells her to local businessman Baldev Singh (Anupam Kher) for employment in Mumbai. Horrified at her beloved sister’s disappearance, Sonia sneaks off to the local businessman and offers to work in Mumbai so she can be close to her sister.

Singh’s trusted associate Anjali (Sai Tamhankar) takes Sonia across the country by bus. Sonia’s enthralment at Mumbai’s bustling metropolis soon gives way to horror as she discovers what her work entails: she’s locked in a brothel with no obvious way out. Worse still, her sister is nowhere to be seen.

Thrown in with the more experienced and cynical Rashmi (Freida Pinto), Sonia is manipulated by brothel manager Faizal (Manoj Bajpayee) who talks with her as if he had her and all the other girls’ best interests at heart but elsewhere is shown on his mobile touting her as an innocent village virgin.

For its final 20 minutes, the narrative goes international with Sonia and Rashmi transported by computer-trackable shipping container to first Hong Kong where her hymen is resealed by Chinese medics, then L.A. where she services a wealthy client (Mark Duplass). 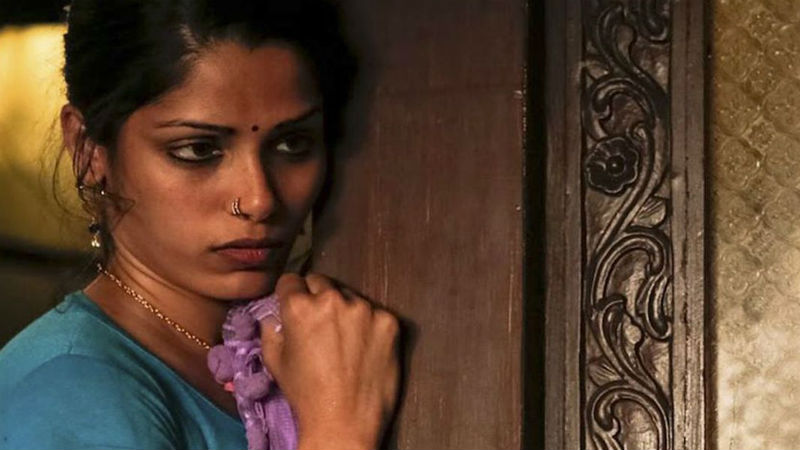 The opening countryside sequences impress, not only for showing very effectively the two young girls’ carefree, sisterly innocence and the very sweet boy from school who wants to be Sonia’s boyfriend and hold her hand but also for its quite chilling sexist undercurrents. Girls are perceived to be less physically able, so they’re less valued. Simple as that. And as the film progresses, at least until it leaves India, this feeling that women are worth less than men permeates everything.

Even Anjali, the woman who pretends to be kindly and helpful even as she’s transporting Sonia towards brothel incarceration in Mumbai, is trapped by a system that favours men over women. A survivor who’s taken matters into her own hands and doing alright out of it, Anjali has been reduced to betraying her fellow women.

Staying overnight in a hotel en route to Mumbai with Anjali, Sonia is warned by the hotel owner (Ankur Vikal), who clearly has more respect for women than do most of his fellow countrymen, to get away from that poisonous woman. And in Sonia’s brief escape attempt from the Mumbai brothel – before being caught and returned to Faizal’s establishment by the (male) police – a small boy (Sunny Pawar) on a market stall cheerfully describes her as a “Bang-Bang” with crude, expressive hand gestures to match.

The most harrowing scene is Sonia’s accompanied entry into the brothel – the locking of a grille at the entrance after she’s gone inside, the walks down lengthy corridors, the brief glimpses of thrusting male buttocks atop prostrate female bodies revealing exactly the sort of work into which Priiti has been sold. Thereafter, however, the focus is on the psychological manipulation of Sonia by her captors and while this is conveyed very well, you can’t help but feel the film makers have gone out of their way to keep further sexually explicit content to a minimum after this sole, highly effective, almost no holds barred scene. 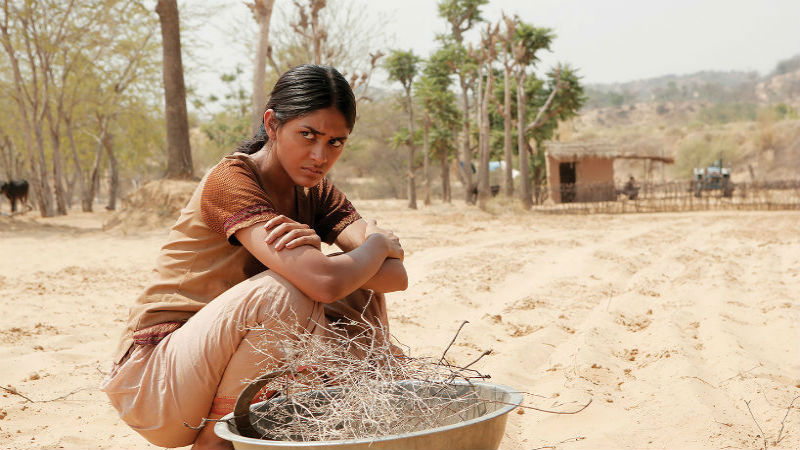 On the one hand, that may not only allow the film to be watched by viewers who might otherwise find it too harrowing but also spare the actors and actors from portraying acts of a sexual nature which perhaps they shouldn’t be asked to perform. On the other, it perhaps overly sanitises Sonia’s experience, reducing her trauma’s potential power. That said, a couple of sex scenes involve Sonia, including a pretty unpleasant rape, albeit fairly discretely filmed.

Seeming brothel client Manish (Rajkummar Rao) tells Sonia he works for a charity that rescues girls tricked into prostitution. His later attempt to rescue her fails when she won’t come out, possibly because of Stockholm Syndrome, and the police quickly usher him off the premises with the one girl he’s already rescued. This incident makes her captors move Sonia to Hong Kong so she can’t be traced. Hollywood’s Demi Moore later turns up as an anti-sex trafficking charity worker in L.A.

The exposé of enforced prostitution and international sex trafficking, a form of slavery, is to be welcomed, as is the timely portray of widespread Indian male prejudice against women. For this writer, though, Love Sonia would have been more effective still had it not tried to tone down its physical, sexual content. But it’s still worth seeing.

The UK premiere of Love Sonia is on January 23rd at Curzon Bloomsbury – book here.

Love Sonia is out in the UK on Friday, January 25th. Watch the film trailer below: