"Greasy movie"
The house that Dink built. A man returns to the woods near his hometown in Vermont (United States) to build a cabin, but his mind is on a relationship he walked out on years ago – from the Raindance Film Festival

Dink (Ujon Tokarski) parks his pickup outside a deserted shack in the middle of the woods. Inside, it’s a mess – old clothes strewn all over the floor, utter chaos. He takes some six packs out of the fridge and empties the contents down the sink. He checks inside of one of the walls and, sure enough, the expected stash of dollar bills is there. He pitches a basic tent outside the place.

Next day, he dons a hard hat and gets to work chainsawing some trees to make a clearing. He is purposeful and seems to be a skilled carpenter judging by the way, over the next days and weeks, he puts together his own wood cabin. His hard bitten mother Jean (Lane Bradbury) turns up and berates him for not being in touch. When he later visits her home, it’s visibly untidy in the same way as the shack, if not quite as bad. 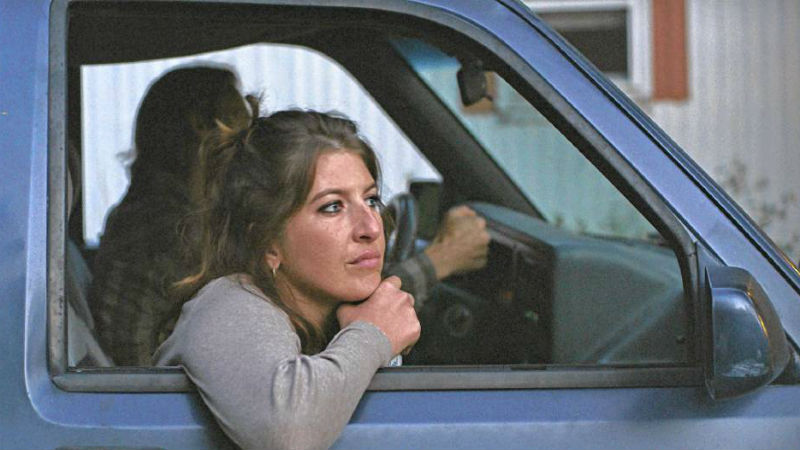 Various forays into town bring him into contact with Sierra (Tara Summers) who wants to know what he’s been doing with himself since he left all those years ago. She doesn’t seem too keen on seeing him again. When he catches her chatting to a friend outside of a bar, she invites him over and slaps him hard. But then before long, she’s visiting the shack to see him. It turns out he’s inherited 52 acres and a sum of money from his late father. And it also turns out that she does Tarot readings as a sideline – the title refers to the picture cards in a Tarot deck. So he wants her to read his fortune.

This is a nicely judged, low budget character study which makes great use of what little resources it has. There’s a certain pleasure and fascination in watching someone actually build a house single-handed and it certainly feels as if Tokarski is doing that for real before the camera, giving parts of the proceedings an almost documentary feel. The only thing I can think of that’s anything like this part of the film in a movie is the much bigger barn raising sequence in the Hollywood production Witness (Peter Weir, 1985) which involves a considerable number of people and is a montage sequence with a rousing orchestral score rather than a major plot thread running through a narrative. 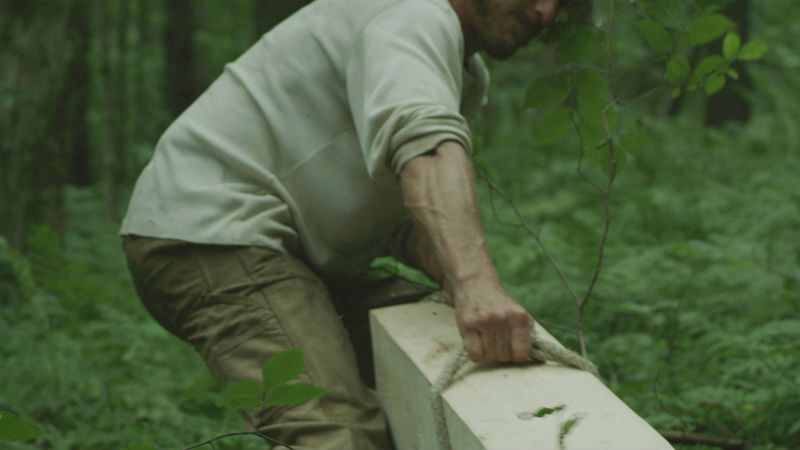 But what really makes the piece tick is the interplay between Tokarski and Summers with the film being constructed around the former first time actor while the latter, boasting a considerable string of credits mostly in TV series, turns in a tough, no-nonsense performance. Lane Bradbury as the mother is striking too, but her role is very much on the fringes of what is basically a two-handed narrative. The whole thing is surprisingly watchable and has the virtue of a minimal 82 minute running time.

Major Arcana had its world premier in the Raindance Film Festival on Thursday, September 27th and played again at 13.00 on Friday, September 28th. Watch the film trailer below:

An LGBT movie from Russia, but isn't that illegal? Transgressive Russian parable is a made into a film so full of shocks, twists and surprises that it will keep your head spinning - on Barbican Cinema on Demand/New East Cinema this December only [Read More...]