"Dirty gem"
Turkish microbudget film financed by the Biennale Cinema College excels in ingeniousness, establishing a wild and oneiric environment virtually detached from reality - live from Venice, and you can also watch the film from home with Festival Scope

This is probably as close as you will get to a sensory experience in film. Yuva pays an enormous amount of attention to colours, textures and – above everything else – sounds. You will feel like you are in the middle of the woods with the two protagonists, while the wind rustles the leaves, caresses the trees, animals howl, coo and hoot in the distance. The sounds are so vibrant and realistic that they caused my chihuahua Lulu a lot of anxiety, and she was barking throughout the film. I don’t mean this in a derogatory way at all. Quite the opposite. Yuva hypnotised my canine daughter and I. 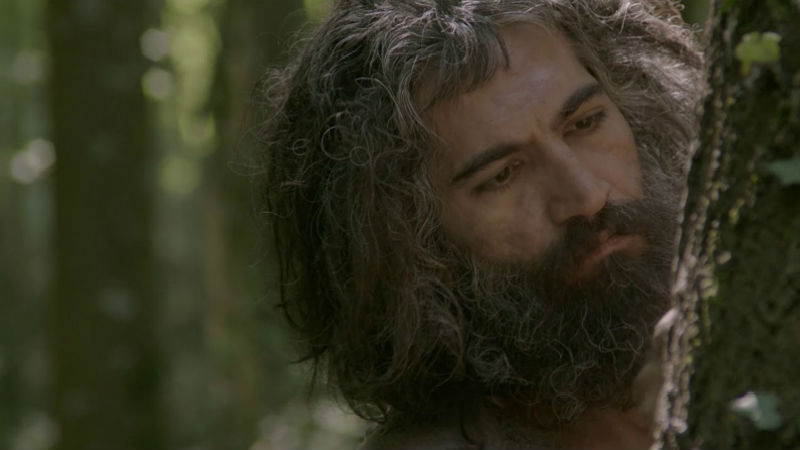 Veysel (Kutay Sandikci) lives in the woods almost like a hermit or a caveman. His hair and beard suggest that he has avoided contact with razors and scissors for countless years. He communicates with animals. He yodels, he pants, he growls, he roars and he howls. But there are still signs of civilisation. He inhabits a small shackle created from man-made materials, wears some clothes and he does speak Turkish. He engages in a conversation with his brother Hasan (Eray Cezayirlioglu), a smartly dressed and good-looking man of about the same age. We soon find out that developers are claiming the land inhabited by Veysel, and Hasan has come in order to convince his brother to leave. “These people are not joking”, he warns his sibling.

The photography of woods is particularly impressive, with the occasional natural light beam finding its way in, shining on our protagonist like a spotlight. Each frame looks like a painting in itself. Sometimes there is no movement for a few seconds, as if time froze. The camera hardly moves, shots are lengthy and protracted, action is languid and laconic. It reminded me a lot of Alexander Sokurov’s Mother and Son (1997), which revolves a son seeking to help an ailing mother in an equally idyllic and remote setting. The difference is that the Russian director used maternal love as the leitmotif, while the Turkish helmer Emre Yeksan opted for fraternal affection instead. 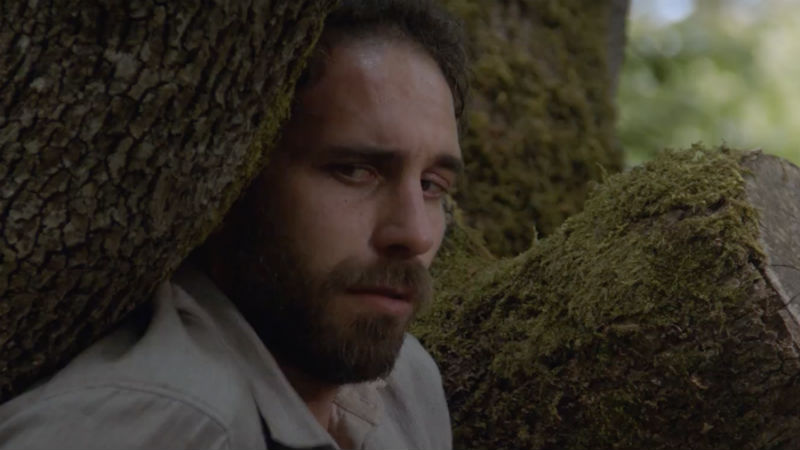 This is a movie about our relation to nature, the shock between the modern and the essence. Veysel represents a profound connection with nature, while Hasan symbolises a more affected existence. Animals, particularly dogs, play a central role in the film. They are often our closest connection to nature (Lulu can vouch for what I’m saying). In the third third of this nearly two-hour long film, an animal is hurt with a shocking outcome. This is the strongest sentence in the movie, and yet’s neither graphic nor exploitative. The violence is communicated through sounds.

Stay tuned for the very end of the movie, immediately before credits begin to roll. A very beautiful cathartic dance to an electronic soundtrack. It’s strangely liberating.

Yuva has just premiered at the 75th Venice Film Festival taking place right now, and it was funded by the Biennale College Cinema. It’s also available to view it at home until September 19th as part of Festival Scope – that’s how my chihuahua Lulu and I managed to see the film without leaving the UK, and you can do the same too from the comfort of your home until September 19th.

Strange fruit hanging from the Romanian tree! Poetess Petra Szocs transposes her words onto moving images in debut about albino teen in all-female orphanage - live from Venice (and you can watch it at home, too!) [Read More...]