"Dirty gem"
Seminal television show that catapulted Elvis Presley back to the top of the music showbiz world celebrates 50 anniversary by returning to cinemas for one night only with special commentary by the film director and Priscilla - on Thursday, August 16th.

It all starts out like a live intro in a cinema theatre with the director and a very special guest sitting comfortably right in front of the audiences. The 50th anniversary edition of Elvis: ’68 Comeback Special opens with approximately 15 minutes of brand new commentary by 85-year-old-director Steve Binder and Elvis’s 73-year-old widow Priscilla Ann Presley (who looks as young as her daughter Lisa-Marie). They sit and share thoughts, memories and anecdotes from half a century ago with a very attentive audience. 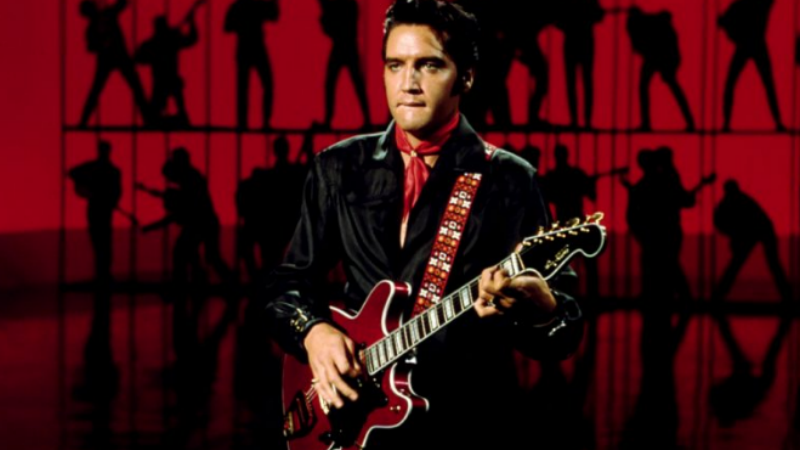 Steve Binder reminisces about the challenges of making the television show, how Elvis hesitated but finally delivered a confident performance. “He almost forgot he was on television. I watched him rediscover himself. He was really special”, the director recalls. The two guests also recall the origin of the black leather outfit, as Priscilla swoons over her late husband: “He was so stylish, just so in”. Binder wraps it up with a very bold – if a little presumptuous – statement: “50 years later, there is not one thing in the show that’s out of date, it’s as fresh now as it was then”. They provide virtually no background as to why this was such an important comeback, why Elvis did not conduct any public performances for seven years, and instead shifted his career to low-budget, formulaic comedies throughout most of the 1960s.

The 15 minutes of adulation are followed by the very television show from 1968 in its integrity, which is far more exciting. Producer Bob Finkel hired Steve Binder in order to create something that would appeal to a younger audience. The outcome is a colourful and vibrant 90-minute show taking place across several intimate environments, often surrounded by an audience of screaming queens, combined with musical-like renditions supported dancers an actors ahoy. The show, which was showered with positive reviews and was also the most viewed tv programme of the season, would provide the blueprint for music specials for decades to come. It also served to relaunch Elvis’s career and to give him enough vim and confidence to return to live performance (at the expense of the saccharine comedies he has been making). 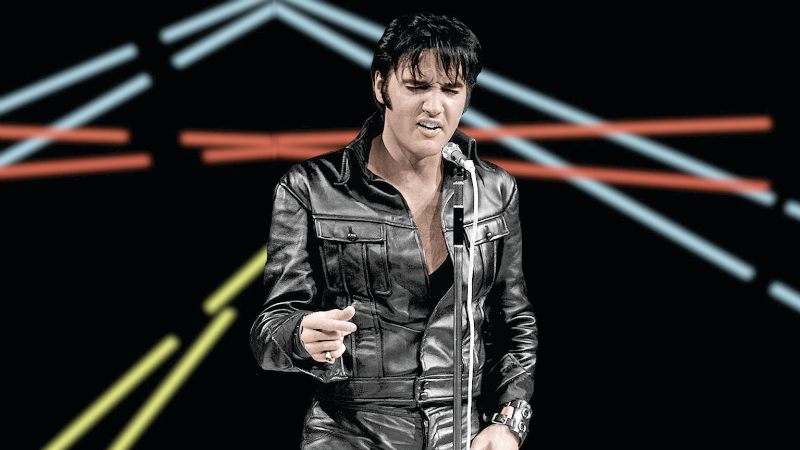 Highlights of this television show/film include Elvis dancing in front of his name written in the iconic dotted red lights, black dancers displaying their nimble movements and talents (many would argue that Elvis seized/borrowed his movements from black music), a little bit of street dancing and the singer consoling a beautiful woman: “”It hurts me to see him treat you the way that he does, it hurts me to see you sit and cry”. Stay put for 10 minutes of “Having Fun with Elvis in Burbank” after the film credits roll.

The 50th anniversary edition of Elvis: ’68 Comeback Special shows in 250 cinemas across the UK on Thursday, August 16th for one evening only. In reality, August 16th is the date of Elvis Presley’s death in 1977. The television show was originally planned as a Christmas special and aired on December 3th, 1968. Perhaps a good reason for further screenings in December?

Expect a very hot Summer night, with temperatures rising even further than usual.