"Dirty gem"
She's every woman! Documentary about Whitney Houston (yes, another one!) contains unseen footage and a bombastic revelation, and it's moving enough even for non-fans - now on all major VoD platforms

This is not an esoteric documentary exclusively for die-hard fans. This is a deeply moving film about one of the most commercially successfully musicians of the 20 century, whose personal life was the antithesis of prosperity and contentment. And the film isn’t timid; it goes into the most controversial and least glamorous facets of the pop star. Whitney Houston exuded talent and charisma, but her relationship to her family and the battle against cocaine prevented her from thoroughly enjoying her relatively short life.

During her 48 years of existence, Whitney (or “Nippy”, as her family and closest friends would call her) was constantly in search of something. She sought acceptance as a black artist, stability through marriage and also professional recognition, but she partly failed in all of these aspects. Her premature death to cocaine six years ago saddened the world, but it did not surprise many people. Her erratic lifestyle combined with the disappointments and deceptions experienced throughout finally made her pay the ultimate price. 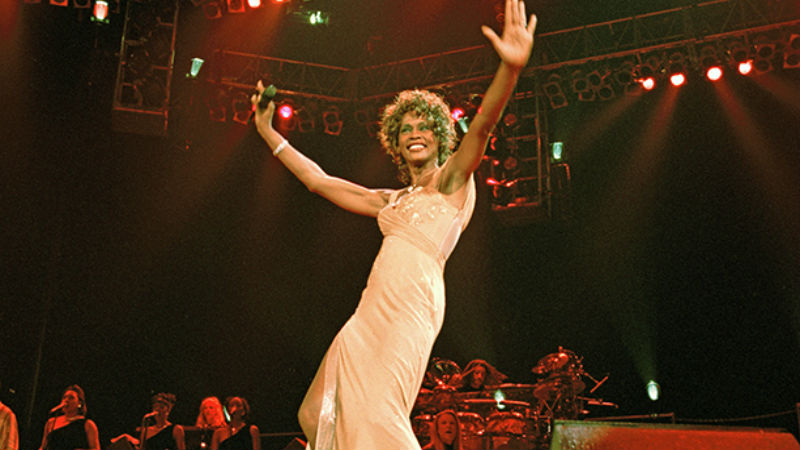 Whitney was accused of going too mainstream and leaving her black roots behind, which prevented her from being recognised as the black artist she envisaged. She was booed, and the press nicknamed her Whitney “Whitey” Houston. Even as a child, she was bullied for being “too white”. This reminded me a lot of Carmen Miranda in the 1940s, who was accused of becoming “too americanised” and leaving her South American roots behind. The Brazilian Bombshell also became addicted to cocaine, had a stormy and abusive love life, and a premature death at the very similar age of just 46.

Secondly, she never achieved stability through marriage. Her relationship with Bobby Brown was extremely stormy, and he was routinely abusive and even violent towards her. He’s interviewed for the film, but refuses to talk about drugs and the dark side of their marriage. The interviewer tries to elicit as much information as possible from behind the camera, in a very persuasive and provocative talking heads interview type of approach. Bobby refuses to cooperate, coming across as selfish and conveniently in denial of his negative impact on Whitney’s life.

Whitney’s sexuality is also a central topic. She was abused by her talented singer cousin Dee Dee Warwick (Dionne Warwick’s sister), in the unusual scenario where the sexual predator is a female. The film suggests that Whitney was in a relationship with her openly lesbian assistant Robyn Crawford. This homossexual relationship is euphemistically described as a “safety net”, while Whitney’s bisexuality is “fluid”. Robyn was probably one of the most stable and reliable people in Whitney’s life. Sadly, she shunned the female in favour of the dysfunctional, abusive, jealous and envious Bobby Brown. 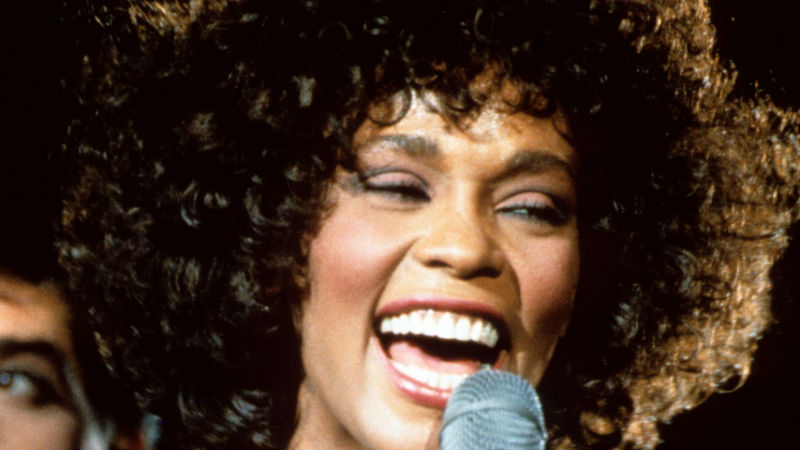 In addition to her marriage and her “blackness”, the doc reveals that Whitney failed in other aspects of her life. She tried to be a good mother to her daughter Bobbi Kristina by taking her on tour, but instead the girl became a broken woman who would eventually take her own life. Her father was exploitative, and Whitney did not attend his funeral. She tried to convey the image of the strong and stable performer, but instead she became the poster girl for drub misuse and failed marriage. The film ends with the camera travelling down the corridors of the Beverly Hilton Hotel all the way to the bath tub where Whitney passed away. A very harrowing journey.

But the film isn’t all doom and gloom. A register of her impressive achievements is also conspicuous. This includes the recording of I Will Always Love You for the The Bodyguard (Mick Jackson, 1992), which “shot her into the stratosphere”. She also served as an invaluable symbol of reconciliation between black Americans and white Americans when she sang The Star Spangled Banner (the American anthem is often associated with oppression and racism) ar the Superbowl. She was also the first foreign artist to sing in post-Apartheid South Africa. These are no mean feats.

Whitney runs in cinemas across the UK from Friday, July 5th. It’s out on VoD in November. It might feel a little redundant for those who watched Nick Broomfield and Rudi Dolezal’s documentary Whitney: Can I Be Me just last year. Otherwise, it’s a sobering and humanistic portrayal of the late singer.