"Dirty gem"
Biopic of Italo-Egyptian chanteuse is filled with passionate music, untimely deaths and unfathomable pain, much like the tragic life of the singer - from French Film Festival and soon on VoD

This a movie that will make you dance and cry, both at once. The Egyptian-born Italian singer best remembered for singing in French captured the enormous sadness, loneliness and melancholia of chanson and later even infused music disco with her very own touch of desolation and heartache. In fact, Dalida is one of the best-selling artists of all times (in all languages, not just French), with nearly 200,000 million albums and singles sold worldwide, yet her name isn’t instantly recognisable in the English-speaking world.

If you’ve never or only vaguely heard heard of her, this is a golden opportunity to both listen to her songs and learn about her tragic life. If – like myself – you’re already a huge fan, this is an excellent chance to enjoy fabulous picks from her extensive repertory, attached to a mostly convincing reenacting of her life.

Dalida’s insecurities started a child because she had to wear thick glasses and was constantly bullied at school. She also described her father as an abusive figure. The sad and ugly duckling grew up to become an astoundingly beautiful woman, and she was even crowned Miss Egypt at the age of 20. Yet, other issues would arise in a life that came to epitomise female tragedy better than anyone else in the history of music. 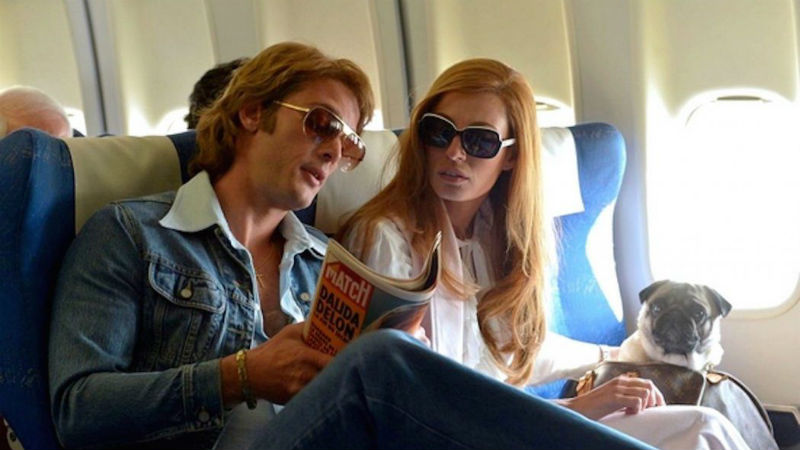 The long-haired and tall brunette is played here by the Sveva Alviti, who’s also extremely attractive. Her stage performances are touching enough, but of course she gets a helping hand from Dalida herself (the audios are original). Hits such as Je Suis Malade, Le Temps des Fleurs, Paroles Paroles and the disco classic Laisse Moi Danser are played almost in their entirety, and you will also listen to her singing in Italian, Arabic and Japanese. Dalida recorded and performed in 10 languages. Alviti, on the other hand, sometimes lacks a little depth in the most intense moments of the movie. The profound sadness doesn’t always show in the eyes of the newcomer actor.

The film follows Dalida’s life in chronological order. All of the big events are there. Three of her lovers committed suicide: Luigi Tenco shot himself shortly after the two became engagement, her former husband and agent also shot himself (in the apartment where they lived together), while Richard Chanfray gassed himself (after they separated). Her inability to conceive a child also took a huge toll on her. She only found out at a very advanced age that she had damaged her tubes when she had an abortion at the age of 22. She felt guilty and unfufilled, and she hopped from one lover to the next feeling consistently empty and lonely. She also felt old, as reminded in her ballad “Il Vient d’Avoir 18 Ans”, about a woman infatuated with an 18-year-old. But she’s twice his age (at 36). 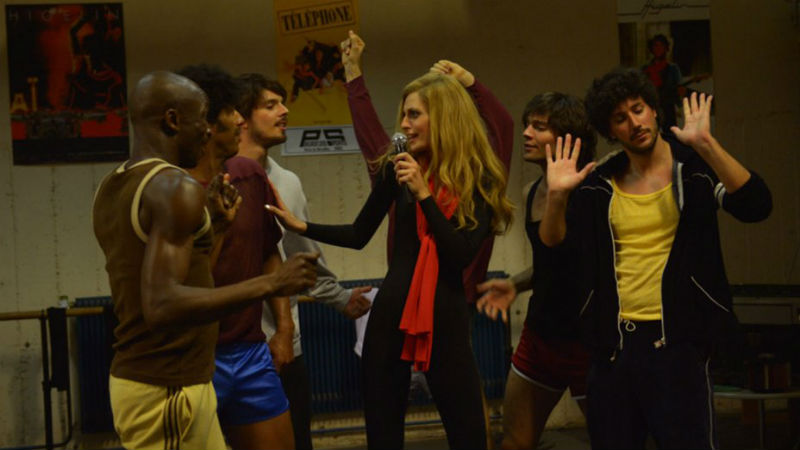 The film also follows her attempts to reconnect with herself, includes her spiritual journeys to India to meet with a guru and to meditate. It also remembers her short return to Egypt to record her role in Youssef Chahine’s comedy The Sixth Day. She was welcomed by the Egyptians like a proper diva, with the streets flooded with fans.

Those who understand French will grasp that her lyrics also defined her tragic life. She sings “Je suis vivre parce que je t’aime” (“I’m alive because I love you”), “Je n’ai plus envie de vivre ma vie, je suis malade” (“I have no desire to live life, I’m sick”) and “Je veux mourir sur scène, sans la moindre peine” (“I’m going to die on stage, without hesitation”). The last song is played as the film credits roll, after she killed herself with an overdose of barbiturates in 1987. She left a note saying: “life is unbearable, please forgive me”. She was 54 years of age. That’s three times 18.

In the end of the day, music didn’t seem to purge her enormous suffering. Perhaps it even catalysed it. We’ll never know for sure. Fortunately, Dalida lives through her music. And now also through this film.

Dalida is showing on Thursday, November 9th at the French Film Festival, and it’s out on all major VoD platforms on December 5th.

Iranian filmmakers concoct a complex "film with a film" about the emblematic diva of the Arab world, but the elaborate narrative gimmicks ultimately feel a little pointless - from the BFI London Film Festival [Read More...]