Counteracting preconceived notions of giving the audience an establishing shot of the historical surroundings of a period drama, Martel’s first shot depicts Spanish officer Don Diego de Zama (Daniel Giménez Cacho) looking out across the sandy banks towards an ocean of nothingness. Allusive, he is a figure lost in the natural landscape and incapable of driving himself forward towards loftier political standing in Latin America. Ridiculed by the native women of Asunción (Paraguay’s capital) surrounding him on the shores, the diegetic laughing of such women permeates the initial soundscape, seemingly driving Zama to the fringes of insanity and an act of violence towards one of them. Connecting the past and present together, these laughs linger even after they have evaporated into thin air. 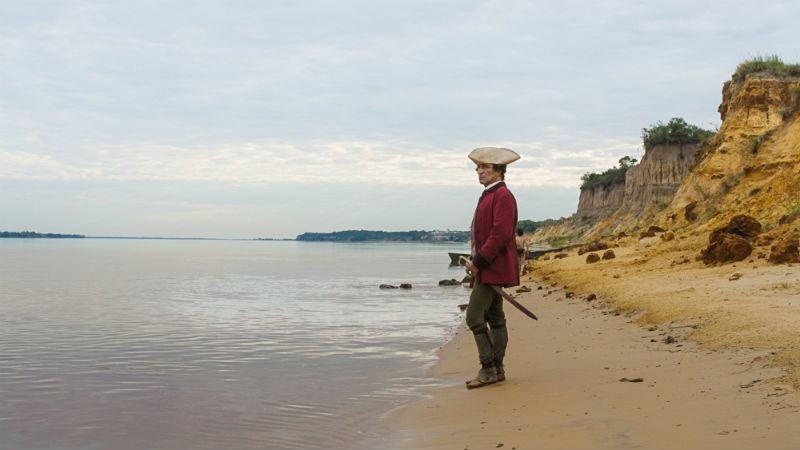 Flowing to the courtly world of 18th century Latin America, Zama seeks to use the power Luciana Piñares de Luenga (Lola Dueñas) to gain favour in Spain, thus achieving his dream of relocating to Lerma. On his quest to gain favour, he desperately accepts the Governor’s (Daniel Veronese) requests for him to hunt down and kill an outlaw of the state; Vicuña Porto. In time, it becomes evident that Porto appears to be a ghostly omnipresence in such surroundings.

Non-linearity, in the case of Martel’s fifth feature, distorts one’s interpretation of the titular character. Cacho’s performance, fused with the director’s writing, leaves a great deal down to his physicality and facial acting. Costumed in the first frame with a vivid red jacket, its corrosion underwear and tear holds a mirror toward the slow decay of Zama’s inner being. Operating in a socio-political atmosphere imbued with a distinct lack of civility and proper bureaucratic governance, the colonial regime in Asunción is a discombobulated as the narrative itself. An evident outcry to the biases of history, Martel’s voice seeks to uncover the barbarity of colonial mindset. 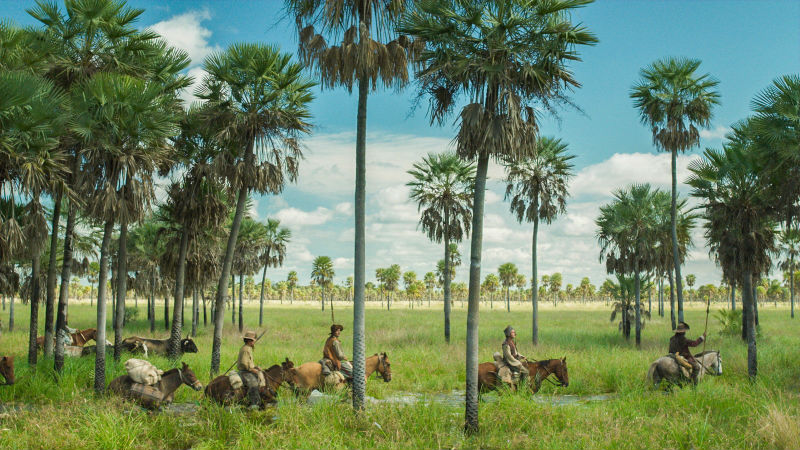 A means of another distinctive cinematic element, the cinematography of Rui Poças’s compositions divide the frame into divisions; helping to expand the density of the screen. Positioning a character internally, only to have the background of an exterior location, forges a backdrop of otherness. Poças and his masterful director in this medium expose the inner desires of Zama; to transgress beyond this desolate place.

At times tentative and deeply opaque, Zama searches to truly interpolate one into the shoes of this barren human soul. Positioned in a purgatorial state, Zama’s liberating escape can only occur through submerging himself in the disorder of the world. Stories such as Martel’s, thanks to the aid of di Benedetto, help inform a new generation of filmmakers and creatives away from the trite phrase, introduced by Churchill, that “History is written by the victors’’. Stated by the director herself during a Q&A at the BFI, her latest feature is a cocktail- one that you just drink and see what happens. To that call, I can only proceed to pour myself another serving of this impervious feat of filmmaking.

Zama is out in cinemas across the UK on Friday, May 25th and then available for streaming online on Monday, June 4th.