"Greasy movie"
Boxer Matty Burton (Paddy Considine) suffers a serious head injury during a fight. Impacting his marriage, friendships and his life, he has to fight more than ever to recover - now available for digital streaming

Appearing in a diverse array of acting roles in films from the likes of Submarine (Richard Ayoade, 2011) to Dead Man’s Shoes (Shane Meadows, 2004), Paddy Considine’s acting career is malleable to different moods and tones. After making the step up to director with the social realist Tyrannosaur (Paddy Considine, 2011), to which gained BAFTA’S 2012 ‘Outstanding Debut by a British Writer, Director or Producer’, he returns with a harder hitting piece, Journeyman.

A juxtaposition to atypical boxing films, Considine’s second feature as director, as well as writing and starring, goes past the point of a climactic fight. Selecting to focus his narrative towards the after effects of his fight with a younger, more arrogant fighter, Andre ‘The Future’ Bryte (Anthony Welsh), after retaining his title, Matty Burton collapses at home, thus suffering speech and motor impairment. Fighting to return to a healthy state for the sake of his loving wife Emma (Jodie Whittaker) and his baby girl Mia, Matty faces much more than having to deal with physical punches. 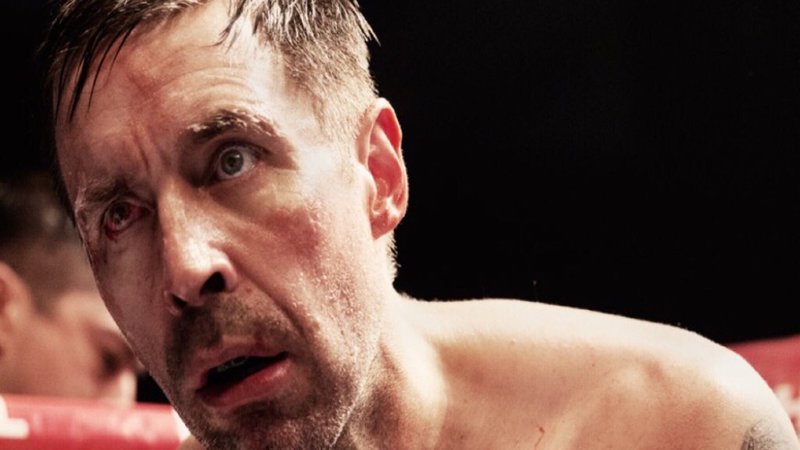 Embracing a similar colour palette and mood to Tyrannosaur, Considine, with the help of the innovative cinematographer Laurie Rose, tightens the emotional strands of his narrative in the initial scenes through mobile phone footage. Occurring just after his win for the world middleweight title, the expressions on Emma, Matty and his team are ones filled with pure delight. Absorbed in happiness, Matty poses for photos with his elderly father, who before his fight with Andre ‘The Future’ Bryte, passes away.

In the clean aesthetic of their house in Yorkshire, Emma and Matty’s relationship is as strong as his left-hand hook. Shining in the early moments, Considine’s script offers little flourishes of love between the couple, heightened by the two actor’s performances. Pivotal to believing in this world, the peak physical condition of the character, through the physique of the actor, was achieved through ‘’Dominic Ingle training me, who trains Kell Brook and Kid Galahad. It was a 10-12 week training camp, and I trained five times a week, sometimes six.’’ 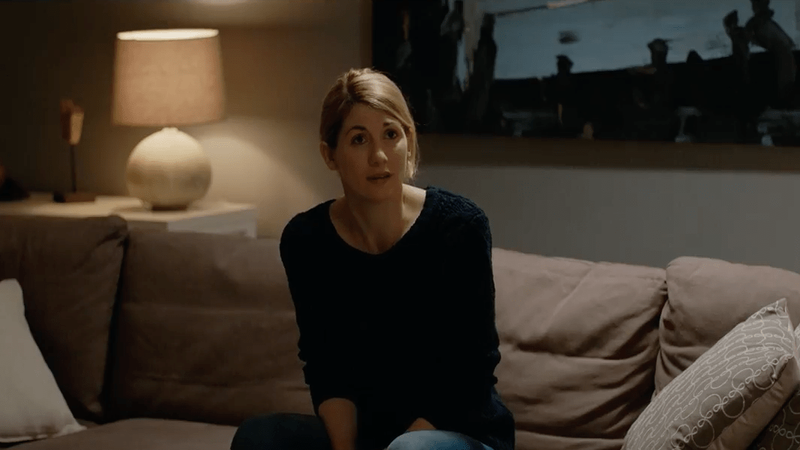 From the point Matty sustains his injuries, the glowing personality that the actor imbues into his protagonist disappears into thin air; only a shadow remains. The antithesis to Eddie Redmayne’s performance in The Theory of Everything (James Marsh, 2015), the impaired acting recalls the humility displayed by Benny Safdie in the kaleidoscopic Good Time (Josh and Benny Safdie, 2017). Aside from the magnetic performances given from Jodie Whittaker and Paddy Considine, the middle section of the script feels weighed down by the inevitable re-emergence of Matty’s friends and boxing team. Yielding a redemptive quality, the resurrection of his friendship with Jackie (Paul Popplewell) and Richie (Tony Pitts) feels too fictional, away from the veracity initially created.

Journeyman may leave you knocked out by its emotional weight or left standing after sucking up its emotive punches. Void of the magic touch present in Tyrannosaur, the film is a solid enough second hit for the directorial career of the writer and actor. Amongst audience and critics alike, it may float like a butterfly but lack the sting of a bee.

Journeyman was out in UK cinemas on March 30th. It’s out on VoD on Monday, July 23rd.